It has not gone unnoticed that Katie Sutherland (formerly, and probably better known as, Pearl of Pearl and the Puppets) is taking steps to release an album. As a regular traveller up the A9 to play gigs we only felt it right to find out a little bit more about the album. But not before we found out what makes playing up north so special. 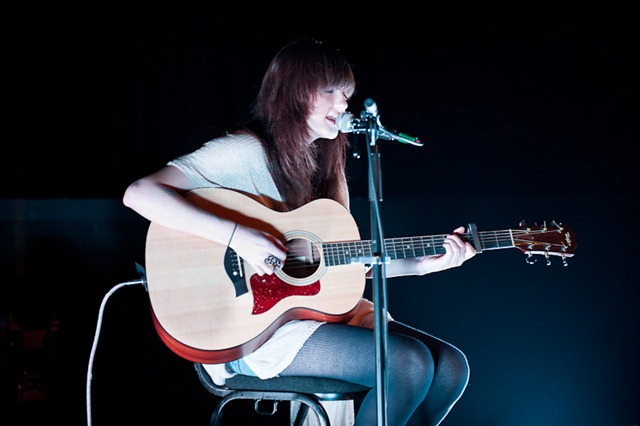 FF: You’ve been a regular visitor in these parts and have played a number of venues. Which has been your favourite?

KS: I love playing to a big crowd I’ve got to say….but you lot are particularly welcoming at intimate shows. I loved playing The Loft near Forres. Candle-lit and friendly banter!

FF: What have been your fondest memories of your travels north?

KS: It would have to be playing the main stage at Rockness. The crowd were fantastic even though they were soaked right through….and I got to meet Debbie Harry in the toilets. Result.

FF: Can we expect to see you up here in the near future?

KS: Of course. I’m hoping to be back up in the Summer to promote the album! 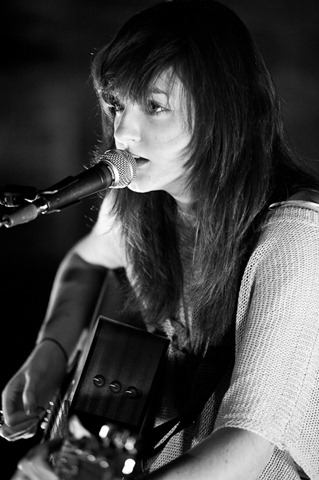 FF: You are keen to get your debut album out there, which you plan to release through Pledgemusic. How does that work?

KS: I’m not exactly releasing my album with them. Pledge music is a music company which enables artists to raise funds by getting the fans involved in a particular project, whether it be an EP, touring etc. My project is my debut album. This allows me to record my album, give everyone who has supported me the chance to be involved in it, and I keep the rights to my own music. I will then be licensing the album to a label in order for it to be distributed.

FF: You are now recording under your own name. How has it been leaving Pearl and the Puppets behind as such?

KS: Pearl & The Puppets was always just a stage name, it was always a solo project and not a band….so I suppose it’s just a name change. I think my dad is pleased mind you….he has 4 daughters and I’m the only one carrying on the name!

FF: What can we expect on the album?

KS: This album is not going to be the same all the way through. I think a lot of people are expecting an album full of pretty much one song that they’ve heard ‘Because I Do’. I’m really glad I’ve been given the opportunity to develop for a few years rather than dive straight into my debut album. Most of the album will be of songs I’ve written in the past year, if you have pledged or pre-ordered my debut album you can hear demos of these on my pledge music page. 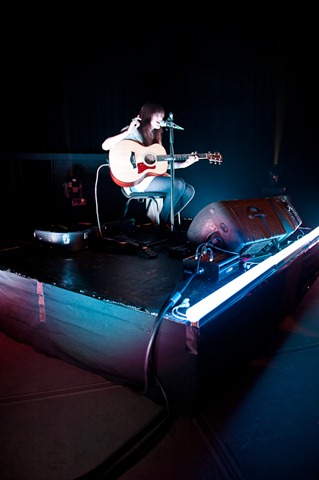 FF: Is there any song which has particular significance to you?

KS: I wrote a song last week called ‘Unconditional’. I had the idea over Christmas time spent with the family. It’s pretty much me saying the most important thing in life is spending time with your loved ones. It’s taken me 24 years to realise how important they are to you.

FF: As well as the album it is possible to buy just about anything as part of a bundle! Where did the inspiration for some of these come from?

KS: I think pledge music is a great way for artists that really interact with your fans- if you don’t there isn’t really much point. I want to show how important it is these days to have fans on your side rather than big companies. After all, I wouldn’t be here without them! I decided to ask people on facebook and twitter what they would like to do in order to be a part of this album. From selling my only Pearl and the Puppets stage sign, my first guitar, singing in my choir on my record, to having your name on the credits of the album, you can be a part of it. I’m also donating a percentage to CHAS, Children’s Hospice Association Scotland, which is a fantastic charity and work so hard in taking care of children with life-shorting illnesses.

We’d like to thank Katie for taking time out to answer a few of our questions. And please follow this link to pledge!