Yesterday (6/2/2012) a posting on the official Rockness Facebook page ignited all kinds of anticipation/hysteria/excitement. The post stated : “Daft Punk Harder, Better, Faster, Stronger” and was accompanied by a rather impressive picture of Daft Punk subtitled Rockness 2007. 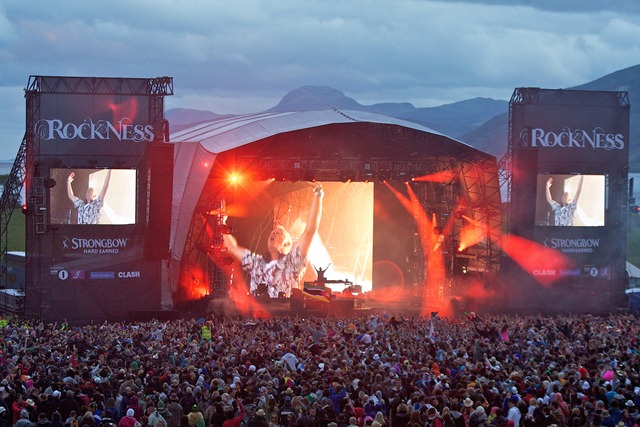 180 post likes, 72 comments and of course predicted chatter and raised Rockness profile later, we are still to make sense of the posting. It has caused us to have a few questions, the most important one is if they are playing which stage is it going to be? we had been working on the theory that Biffy Clyro was playing the Friday, Deadmau5 the Saturday and Mumford and Sons the Sunday, with Ed Sheeran on Saturday in the tent and Justice on an undefined day.A return to a tent setting just does not seem to make sense.

The second question would be, why given the quality of the line up would their be a need to create competition for other acts already on the bill? Of course a tempting alternative to Mumford and Sons on the Sunday, but again putting them in a tent seems a bit exuberant dare we say almost unnecessary?

It is worth noting that there is a lot of love for Daft Punk  from the organisers perspective (even more from Rockness fans) with comments on the band and anticipation of releases leading to rumours last year that an appearance was likely, which of course came to nothing.

It has also to be noted that their is no apparent activity in the Daft Punk camp, with the  anticipated Coachella appearance nor the Tron Legacy Tour occurring.

This leads us to the conclusion that whilst we are convinced that further rabbits will be pulled out of the Rockness hat, we do not think at this stage that Daft Punk will be playing. But hey what do we know? we know nothing, however Jim King (organiser for the festival) twittered this morning (7/02/2012) : “sorry guys but the photo showing daft punk playing in 2007 is not a code that they are playing this year” – so that’s that sorted then.