Review of Rizzle Kicks at the Ironworks, Inverness on the 28th of February 2012 by Frank Finlayson. Photos by Thomas Bisset Photography. 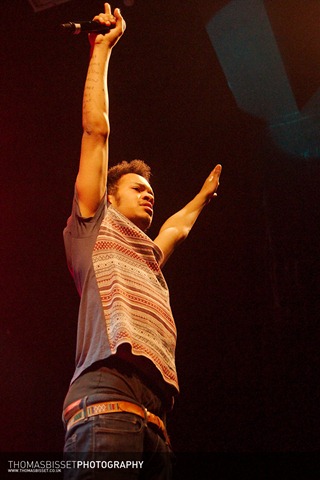 When word reached us that Rizzle Kick’s gig had had to be cancelled, initial fears were that the gig would rescheduled for quite some time away, if at all. In reality Rizzle Kick rearranged the gig for the earliest possible opportunity,a week after the original date. By doing so the band showed huge respect to the legion of Inverness fans.but how would the audience deal with having to wait,albeit only a week?

Well, wait another week the crowd did. And just that little bit longer as they lapped up support act, Random Impulse. Hailing from north London, and noting on the long drive north he saw mountains with ice on them, he was able to get the crowd into a frenzy before he even had strummed his guitar. His teen friendly rap/rock set rattled out 3 minute blasts of energy, starting with “On A Roll” and even slipped in a tasty cover of The White Stripes “Fell In Love With A Girl”. When talking about a song about being drunk, you knew from some of the faces and demeanour there were quite a few who shouldn’t really have known too much about this but certainly did by the time they arrived! I really hope they don’t have cross country first period tomorrow. By the end you had the feeling that for many the song “Best Party Ever” was going to sum up their night. 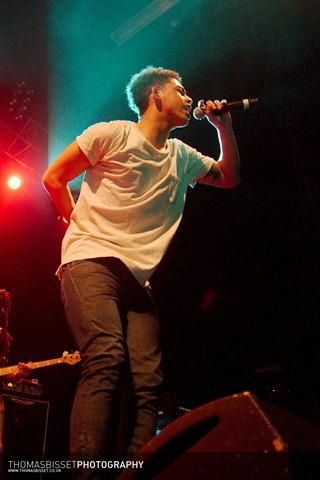 The young crowd were, by now, well and truly warmed up for the entrance of those fun loving Brighton boys. Their band played with the crowd, and the Inspector Gadget Theme, as the lads bounded onto the stage, and the room erupted: not quite as ear popping or as high pitched as expected as those teenage girls were just a little bit older than that of a piercing One Direction fan, or so I would suspect.

Although encouraged to “make some noise”, it wasn’t really necessary. The next hour was going to be one sea of partying bodies. The tempo on the floor was more than matched by that on the stage with Jordan and Harley giving it more bounce than Tigger on acid. Breath was only caught between songs to give a little banter with the audience. The main set carried the singles”“When I Was A Youngster” and “Mama Do The Hump”, and also the song they confess to be their favourite, “Dreamers”. 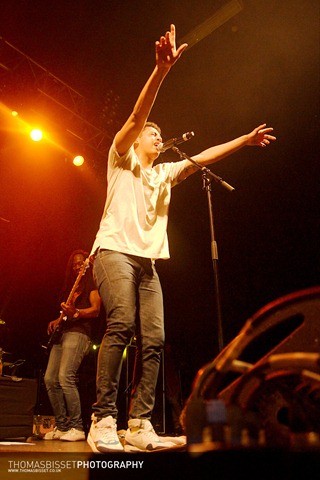 Bands with one album often have the problem of playing just that, but this set was spiced up with an chirpy cover of Ed Sheeran’s “You Need Me, I Don’t Need You”. They split the crowd down the middle with an imaginary chainsaw to divide the song title between both halves of the room, and again the throng needed no encouragement to get involved. But that is the engaging nature of the boys, it is hard not to go along with their prompting. It’s all smiles and no snarling. 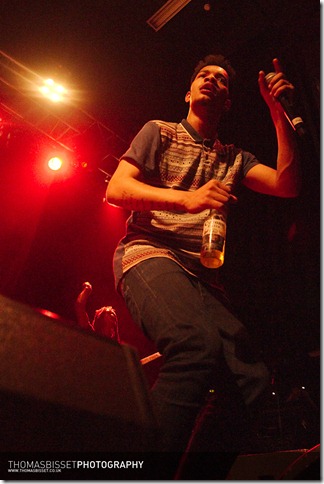 Typically you would expect the high points would revolve around the singles, but by adding in a few eclectic touches such as the James Bond/Rizzle Kicks theme and throwing themselves into their self styled Latino dancing it lifted them above the ordinary. However, I do think Strictly can wait for a few years. It was also clear that an encore was in the offing, not just because the lights didn’t go up, but they wouldn’t have got out alive if they had left without “Down With The Trumpets.” An encore that was introduced by the equally bizarre Harry Potter theme.

And so ended a riotous teenage night, one that for many will no doubt go down as their gig of the year…

What did you think of the gig, we would love tp hear ypur perspective, please comment below.