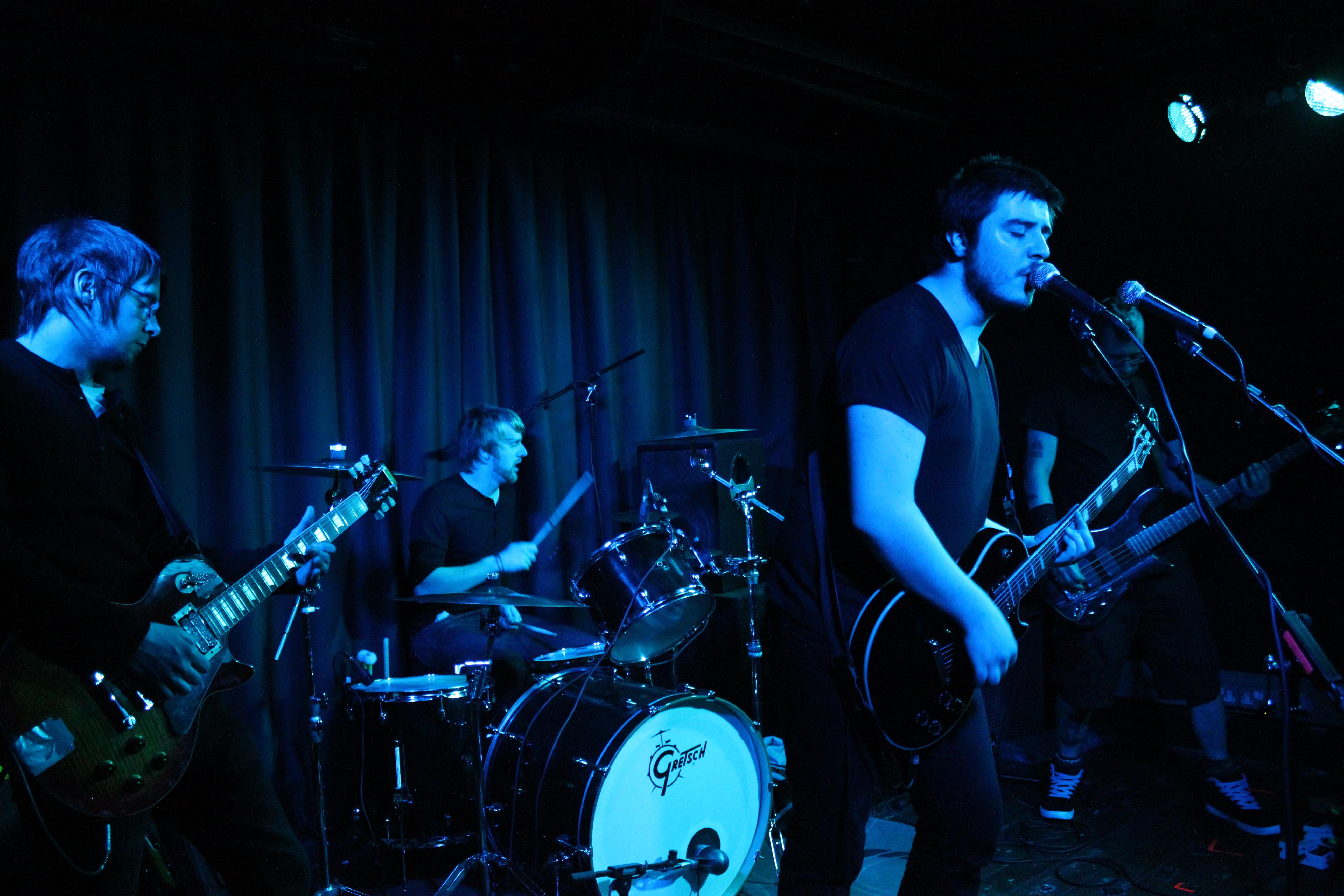 A review of the WeAreAllOutsiders Club Night with guests Fires Attract an The Hazey Jane at Mad Hatters on the 27th of July 2012 by Frank Finlayson.

Having spent too much time watching the opening ceremony of the London Olympics I only clambered up the stairs to hear the final two songs of Fires Attract. Clearly these guys can kick up a ruckus and the little that I heard would suggest that they deserve a full hearing on their next visit to Inverness, just as long as they don’t leave it four years and I am caught out by an opening ceremony at Rio.

Dundee’s The Hazey Janes were the Outsiders special guests tonight. Surprisingly, for a band over ten years in existence, this was their first appearance in Mad Hatters. Previously they had entertained downstairs, and tonight they certainly entertained upstairs setting off with the Autumn Song followed by, from recent album The Winter That Was, Carmelite. By third song You Only Stand To Lose If I Stay, that stateside west coast, driving up the Pacific Coast highway feel was evident, also with the added versatility of Liam Brennan taking over vocal duties. Telescoping added that extra veneer, where, as well as a bit of jangling guitar, Alice Marra and Liam joined Andrew on vocals.

With a new track and then the keyboards getting a power up mid set, led us to the 2008 single, New York and its chirpy overtones. As the set drew towards its conclusion with Everything Starts Again you have to ask yourself, how has success evaded this band? One of life’s great mysteries.

The club nights have given Ian McLaughlin and the Outsiders ample opportunity to hone their skills before an audience, especially now as they have a busy schedule, on bigger stages, in the month of August. Appearances at Belladrum and B Fest festivals await, as does a support slot for Status Quo as part of Summer In The City. From the opening strains of Break The Cycle through to Someone For Everyone, the album tracks are played with full ferocity. Where Paul Elliott gives the set intricacy, Dave Ramsay gives a full blooded display on bass. Is there another bass guitarist out there with such intensity? The wing men ably support Iain, and Russell who drives from back.

Tonight also saw the emergence of a new piece of music. I can’t call it a song yet, as it had no words, but from its considered beginnings it grew to a steady crescendo, with that trademark Outsiders stamp all over it. If that’s a taste of what is next, it is worth looking forward to.

The intimate club night works well for the Outsiders, even if as a practice ground for the bigger venues ahead, and the possibly trickier task of winning over the fans of the Quo. But, win them over they can. Suspicious Minds, second in on the set, is a clever cover by the band that they have recently thrown in on these club nights, and may well get those looking for the familiar to take notice. They are ready to roll, it’s just getting that new audience to rock.

You can have a look at some of the other pictures of the night here.