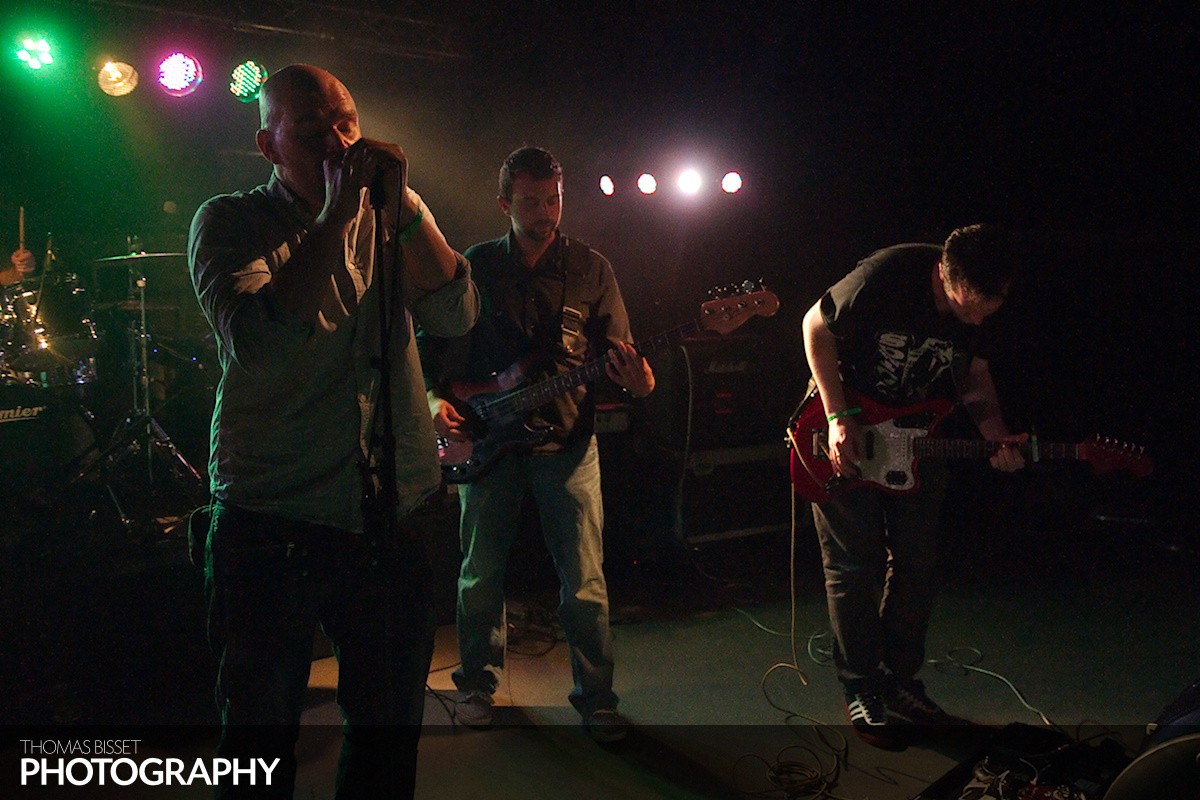 Douglas Barr reviews the Ironworks 6th Summer Showcase with Naked Red, Kobi and Little Mill Of Happiness on the 16th of August, 2012. 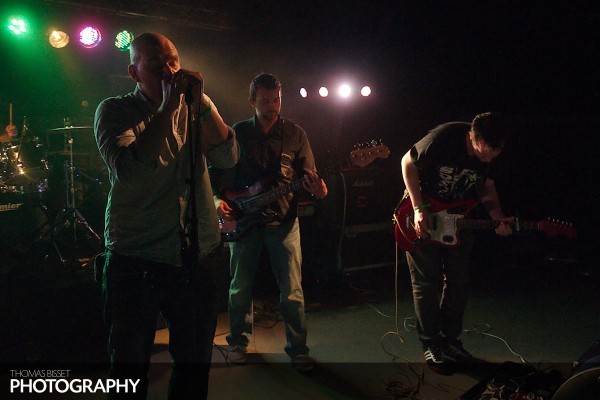 As a relative newcomer to the local Inverness scene, the showcase was the first time I’d seen any of the bands on the bill tonight. Continuing the theme of first impressions it was also the first time I’d seen the Ironworks cut down the venue size with a smaller PA set up in front of the stage. This worked really well to give the gig a more intimate feel, while still generating a big enough sound to fill the room. 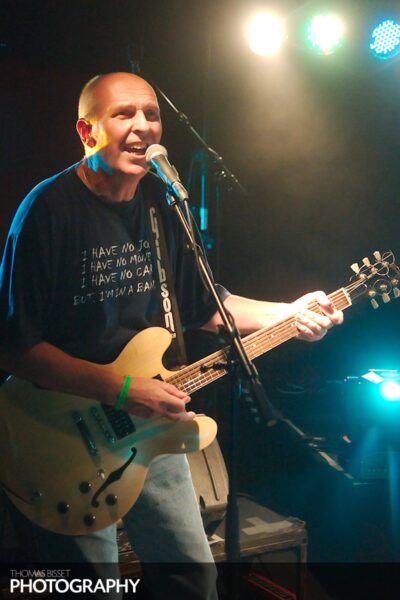 The opening act Naked Red have an interesting mix of influences, with hard rock drumming from Jamie Douglas contrasting with the bluesy lead lines played by Tony Baxter. Douglas, head down and hair covering his eyes, sets a fast pace from the moment Trip Me Up kicks in. It’s apparent that bass player Garth Coates is the glue that holds the different styles together, keeping the timing of the group solid and providing bass lines that complement Andy Forbes’ vocals well. Overall the band seem well rehearsed, putting on a tight performance.

Naked Red keep the energy levels high throughout the first half of the set, and the breakdown in the bridge of the fourth number is the first chance they get to draw breath. The next number is a bit slower (a relative term here, with the music still shifting along at over 120 beats per minute) with more obviously bluesy harmonies from Baxter. The energy levels are brought back up with the more mainstream One More Mile, leading into the final song of the set Little Sister. This gets an excited response and is clearly a favorite with the crowd. The bass line is is much busier in this song, providing a full on number to finish up the set. 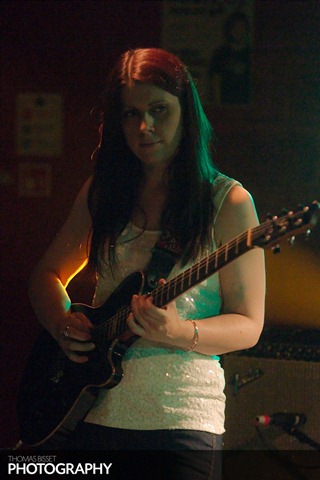 Next up are KOBI. By the time they start the crowd has grown enough that the venue has started to feel busy. The set begins with a slow building instrumental intro, and when it drops it does so with great impact and timing. It’s always a pleasure to see a band who are competent and confident enough to make good use of dynamics and tempo changes in a live performance. KOBI are clearly well rehearsed and plenty of thought has been put into the arrangement and instrumentation of the songs. The recently added brass section add an interesting element to the mix, helping to set up the dissonant harmonies that feature in KOBI’s music.

From the second song onwards the band revert to a slightly more mainstream indie/rock style, and despite being a new song the timing in Eye in the Sky is solid. A New Before brings back the use of dynamics in the breakdown, and the changes in guitar tone maintain interest throughout the set. The final song of the set, the recently released Fight, finishes off a polished performance. 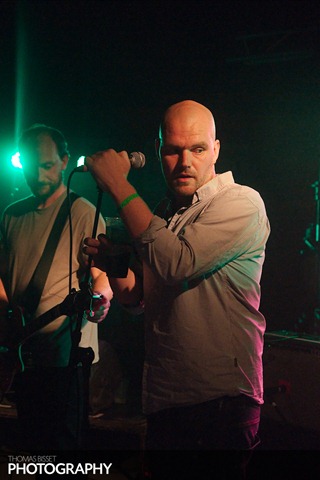 You know what you’re in for when a band rocks up on stage with three guitarists, and the headline act Little Mill of Happiness don’t disappoint. The combination, along with the hard hitting drumming of Craig Aitkenhead and distorted bass lines of Ali Brown, ensure a relentlessly loud set. Lead vocalist Steve Obern has an interesting voice which suits the genre well. The band clearly thrive on playing in front of a crowd, and as with the previous two acts provide a tight, well rehearsed performance.

Little Mill of Happiness are well received and by the end of the fourth song, Drying Out Wishbones, the crowd are at the most animated they’ve been all night. The following number is the first song which has some variation in the arrangement. The band don’t seem too comfortable with the slower speed, and appear anxious to ramp things up again. With Drug The Mule the band are back to what they do best. The full on, high energy arrangement ends with the traditional wall of distorted feedback to finish the night.

Little Mill of Happiness will be playing at the Newmarket in Thurso this Saturday. You can catch Naked Red at the Market Bar on the 31st August, and KOBI are playing in the upcoming STV Appeal at the Ironworks on the 6th September.