A review of Runrig,  playing Inverness on the 25th of August 2012, by Toby Stainton, with photographs by Thomas Bissett. 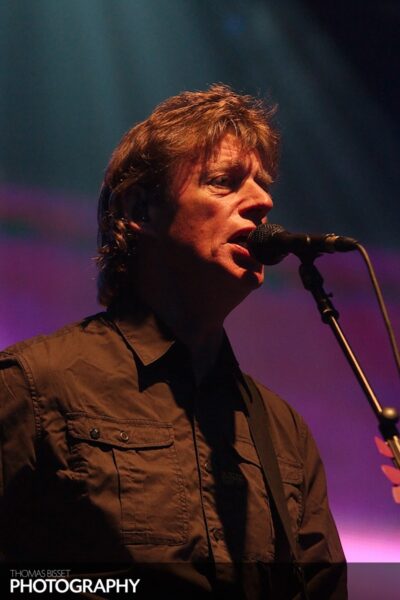 I have a confession to make, before Runrig’s gig (part 3 of CK Events Summer in The City event) I wasn’t exactly enthused about going to review them. You see I grew up in Lewis and everyone and I mean everyone I went to school with used to rave about how awesome Runrig were. Not only were they Islanders like us, but they sang in Gaidhlig a bhalaich! This in their eyes was “a very good thing”, in my eyes, as an adolescent Iron Maiden fan, this was of little interest and I deliberately avoided anything to do with them. This I’m afraid followed me all the way till… well yesterday if I’m honest.

So I trudged off into soggy Northern Meeting park, cynicism primed and ready for a scathing review of my Gaidhealtachd compatriots…. 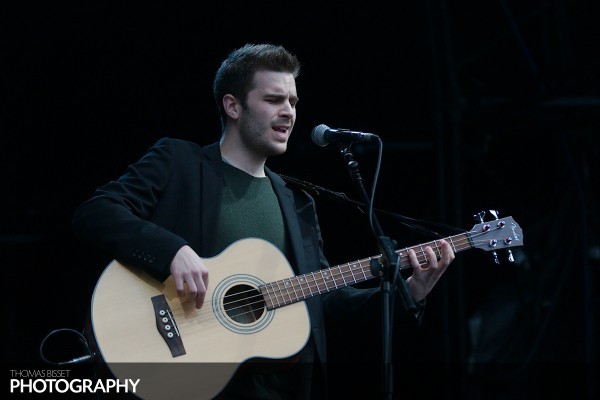 Before Runrig made their way on to the stage I caught Roddy Hart’s set and although he’s a gifted songwriter with a keen ear for angsty acoustic folk he didn’t make much of an impact on the 8000 strong crowd. Wryly commenting; “you just want me to shut up and let Runrig on don’t you?” before finishing his set. At best he got a smattering of applause, this was unfortunate as he does sound like a good performer but possibly one better suited to smaller more intimate venues.

With the rain teeming down by this point, and conditions underfoot becoming more and more squelchy, things were looking like they could well be going the way of Runrig’s performance at Drumnadrochit. Opening with ‘The Stamping Ground’ singer Bruce Guthro ad-libbed slightly to acknowledge that yet another trip to the Highlands had a backdrop of heavy rain. This received rapturous applause and from then on Runrig could really do no wrong.It seems that the fans know the words to every song regardless how obscure they may be, the rain, which by this point had eased off, was ignored and they danced and sang along with each song at the top of their voices. Even the arms-folded types who linger at the back of every gig you’ll ever go to had their arms unfolded and at times they even danced, such a thing is almost unheard of! 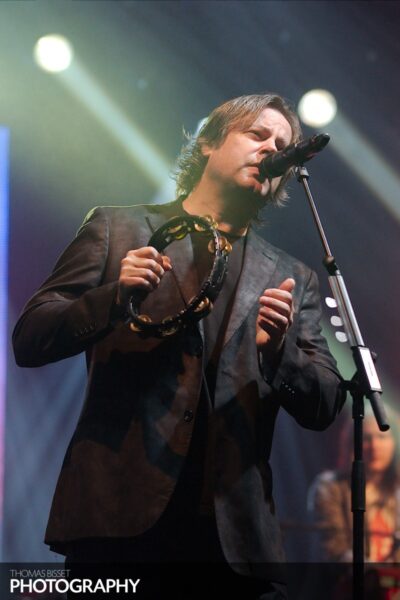 By this point my cynicism was crumbling and even the hardened hack beside me was nodding along and having a good go at singing along to Gaelic titles such as ‘Alba’, ‘Siol Ghoraid’ and ‘Abhainn an t-Sluaigh’. Apart from a couple of slower numbers Runrig set a storming pace and are clearly a band at ease with themselves and enjoying playing live. This comes across in the music and with a fanbase as passionate as theirs it’s not difficult to see why they find playing live such good fun.

A proper stand out spine-tingling moment was the entire crowd singing along to ‘Every River’, although I felt a bit left out as apparently the only one who didn’t know the words! The band seemed genuinely moved by the response with Bruce exhorting everyone to sing another round of the chorus because he was enjoying it so much.

Rousing versions of ‘Roadtrip’, Rocket to the Moon’, ‘Once in a Lifetime’ and ‘The Pride of Summer’ kept everyone bouncing along and unlike Quo’s set the previous night Runrig’s was full of crowd pleasers with no real breaks in the pace.

Bruce Guthro is still considered by some as the new boy after ‘only’ fifteen years service compared to Donnie Munro’s 25 years. However he’s very much put his own stamp on the band and doesn’t try too hard to emulate Munro’s singing style. At the end of the evening I heard more than a few people say they preferred Guthro as a singer so it certainly sounds like he’s won over a very loyal fanbase.

Speaking of winning people over…

I have to say I was really impressed, they put on a good a show and have a real knack of penning big celtic rock anthems perfectly suited to venues such as the Northern Meeting park. Managing to not over-egg the Celtic cliches, preferring to focusing on writing powerful rock tunes that you can enjoy regardless whether you’re a cynical Leodhasach or an office worker in Birmingham.

The Finale of the evening was of course ‘Loch Lomond’ and its inevitable singalong, afterwards a happy audience picked their way home wards through the mud, still singing I might add. ‘Oh you’ll take the high road and I’ll take the low road and I’ll be in Scotland before yooooou’…

Oidche Mhath agus Moran Taing Runrig, I actually enjoyed that immensely. Thanks for proving me wrong.

Keep an eye on the website, and enjoy our photos below.