Scouting for Girls announced for the second headliner slot of Loopallu 2012. 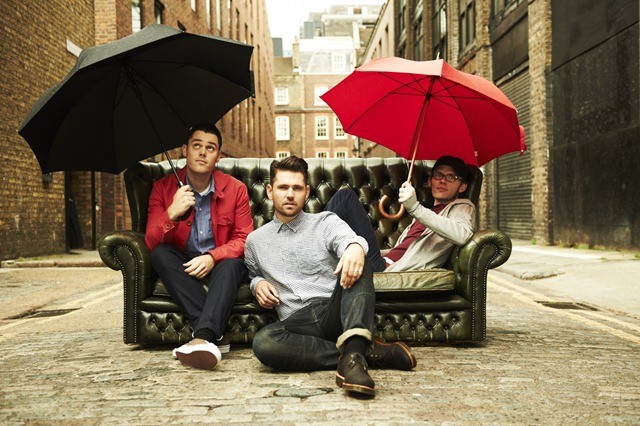 Scouting for Girls have a string of sugary pop hits including  ‘She’s So Lovely’, ‘Hearbeat’ and ‘This Ain’t a Love Song’. Their current release ‘Summertime in the City” is from their new album The Light Between Us which is due out on the 3rd of September. The trio follow in the Loopallu trend of singalong acts such as The Feeling and Paolo Nutini no doubt  choruses of “she’s so luverleeeeeeee” will be heard throughout the night….Please have a look at Nut Productions chatting with Scouting for Girls below.

Joining them on the bill are the hugely popular Kassidy, whose surprise guest status at Belladrum went down very well and they continue to build on momentum of a summer of festival performances. Rachel Sermanni also returns to Loops after more than her fair share of festivals including her much talked about BBC Introducing Reading and Leeds Festival appearances. Her performance coincides with the release of her debut album ‘Under Mountains‘ .  Acoustic folk trio The Staves will also be on the bill described by The Guardian as “captivating audiences on much bigger stages – earning rapturous encores with their exquisite songs of love & longing”.

In addition the are the intriguing Public Service Broadcasting who use samples from old Public Information Films mixed with samples, drums, guitars and ‘teach the lessons of the past through the music of the future’. goNORTH acts, Dundee’s Anderson, McGinty, Webster, Ward and Fisher, pop-rockers Minature Dinosaurs, rising Scottish three piece Brown Bear and the Bandits, and Ullapool local legends Naked Strangers.

Loopallu takes place in the west coast village of Ullapool on Friday 21st and Saturday 22nd of September 2012 and doubles the population of the village for the weekend. As well as the usual eclectic line up of acts appearing at the festival big top and the fringe events after hours in the villages pubs, the festival will again provide a selection of fine food and drink from around the Highlands as well as the usual warm Ullapool welcome.

Tickets for this year are priced at £60 for weekend tickets and £75 for weekend and camping. Weekend and Camping ticket holders wishing to bring campervans and caravans will be charged £25 per vehicle. As, since the beginning, tickets for children 12 & under will be free (though need to be accompanied by an adult)