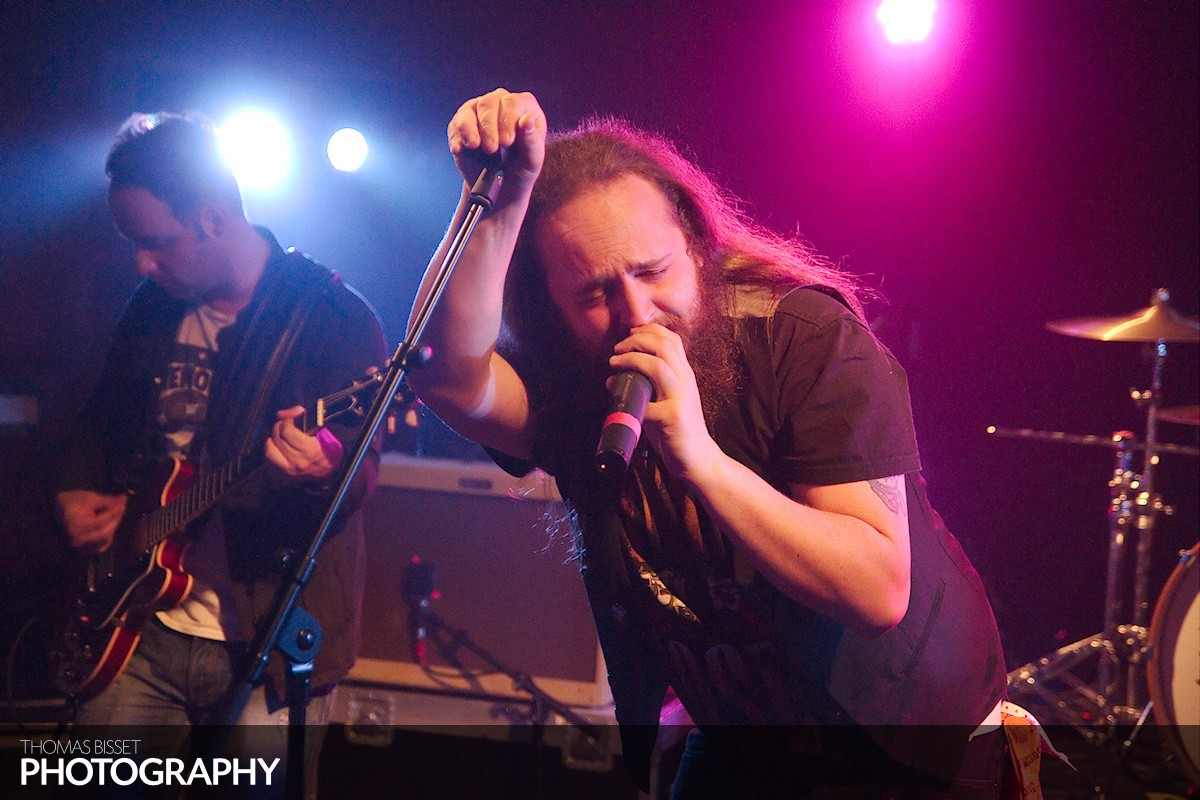 A Review of the 8th Ironworks Summer Showcase at the Ironworks on the 31 st August 2012.

All good things, they say, come to an end. And to make sure that it ended on a high note the final three acts were The Oxides, Toby Michaels’ Rolling Damned and Roadway. All three had done the hard sell and the Ironworks was at probably its busiest for a showcase this summer. 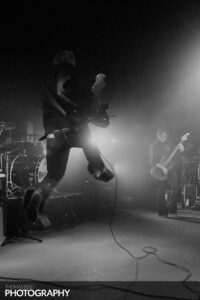 First up, in only their 5th gig were Jake Bolt’s The Oxides. Jake takes with him quite a following, many supporters from earlier bands The Boosts and some other lot whose name didn’t escape Jake later…

A typically jaunty start from Jake as he launches into ‘Her Methadrone’ which leads quickly onto ‘In One Ear And Out The Other’. It was clear, as opposed to their first gig in Mad Hatters back in July when Jake suffered from lengthy pedal problems, that there is a degree of intricacy to their songs with Jake’s little solos adding some bells and whistles to the performance. This added to the snarl in Jake’s voice in ‘Our Writing On The Wall’ chased the set along. All this led up to some CD frisbee throwing as the launched them into the crowd. Don’t worry if you didn’t get one, they have a huge selection sound cloud see below:

Jake was feeling the heat under the lights as they finished Duff’s favourite apparently, ‘Wake Me Up In The Summertime’. Penultimate number ‘In Control’ led to Jake giving thanks to everyone coming along to the 28 Jacks fifth gig….. Confused looks ensued from both Duff and Archie, and an element of stunned silence from the floor, as Jake had to be corrected. Swiftly the boys rounded the set off with ‘Going Overboard’ and to the refrain “I won’t let you down”. Well, you let no one down tonight, even if, in your own words, you felt a bit of an idiot at one point. 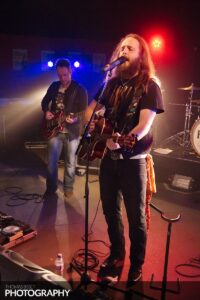 With a quick 15 minute turnaround that shrinking violet, Toby Michaels was on next with his Rolling Damned. No acoustic build ups tonight as the full crew launched into opener ‘Save Me’, with Toby at his theatrical best, and spending no time in introducing new song ‘You Call This A Party’ as he strutted about the stage with his wireless mic. A quiet interlude came when Toby played a slower solo number out of his respect for Roadway and in particular Ross McEwen and Bod Elder. 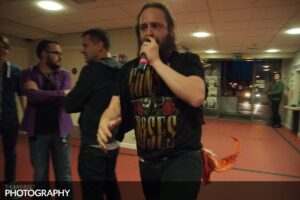 As the set progressed I was very mindful of the shenanigans at Belladrum when Toby went walkabout, but tonight it was not just about Toby, but everyone was getting the opportunity to take centre stage with him, or so I thought as I was writing these notes down. On cue, that’s ‘Love Money’ by the way, Toby leapt the barrier and went on his wanders, first to the front door to stop traffic, and then up the stairs and onto the balcony turning heads to the back of the room. Then after taking the opportunity to lie down and introduce the band by instrument, Toby made his way back behind the barrier only to find Johnny Gash on the barrier giving his guitar laldy. This could only end one way, that being the frenzy that is ‘A Little Bit of What You Fancy’. The great thing about Toby is that he treats each gig as if he’s playing a stadium and all power to him for doing that! 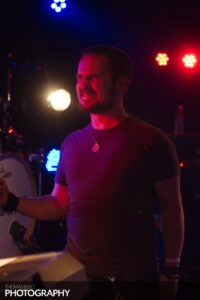 The act to bring down the curtain on the Summer Showcase season was ROADWAY. The numbers as they were about to start their set were somewhat disappointing in comparison with the previous two acts. However, the opening strains of ‘Fight For Freedom’ acted as a clarion call to their faithful who had taken the break between acts to get some fresh air, or otherwise, at the front door. Normal service is resumed as they kick into ‘Midnight Dance’, a song about sex Ross McEwen tells us, but they won’t play a song with sex as the title on the radio. There is a real togetherness in this performance and the energy produced by their mighty classic rock sound brings the band and their audience close.

It’s not just the guitar solos that get the focal point but the vocal virtuoso display by Dougie Greig that he takes to centre stage too. All this full-on rocking leads to a more reflective moment and the more contemplative ‘This Is Why’ which is introduced by Ross McEwen. Ross describes the background to the co-writing of the song with Doogie White and to how, following the car crash that he and Bod were involved in it became their theme and soundtrack to that time. During the song a number of t-shirts were thrown into the crowd. Not your typical band t-shirt, you could get these too if you were of the large size, but Please Give Blood T-shirts something that both Ross and Bod fully back since their ordeal. None of the t-shirts, or even the CDs of earlier reached me at the back. I’m not complaining, I was happy to bask in wave upon wave of sound that was thrown out from the band. New song ‘Thrill On Me’ and the fist pumping ‘I am Jerusalem’ finished ROADWAY’s onslaught on the senses.

This was a fitting end to the Summer Showcase season. No doubt we will have an Autumn/Christmas/Winter Showcase event or events, and why not if they can all be supported as well as tonight.

You can read more of our Ironworks Summer Showcase features