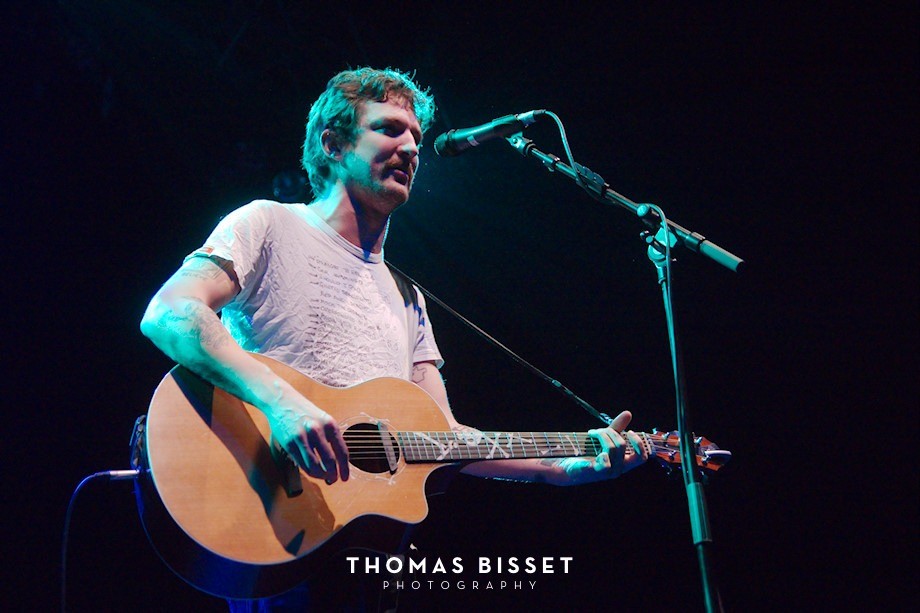 A review of Frank Turner, with support from Mark McCabe and Jim Lockey, at the Ironworks, Inverness on the 11th of December, 2012. 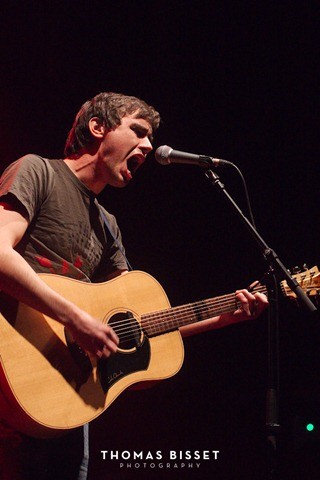 Kicking things off tonight though was Mark McCabe, a young Scots version of Mr Turner, in a sense. Less punky, less angry and much more introspective, with songs about his troubles talking to his sister and struggling to get to grips with the languages on foreign soil – but stylistically very similar to Frank’s brand of folk-punk. 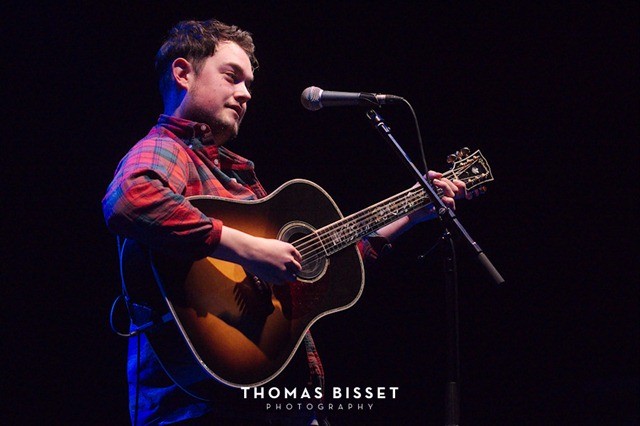 Much closer to the formula is Jim Lockey. Without his band, The Solemn Sun, he basically does ape Frank Turner’s style – which isn’t necessarily a bad thing, depending on your point of view – but I think I’d have been more interested to see the full band in action tonight. Fans of both Frank Turner and Mumford And Sons would be wise to check them out, as they seem to blend the best of both into a nice angry-new-punk-folk hybrid. 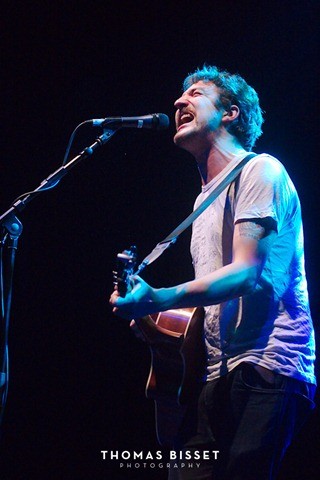 Nearing the end of an 18 date UK tour Frank Turner returned to Inverness, where he’s played previously, both at the Ironworks and Mad Hatters. Indeed he commented that he had playing to 30 people at this very venue before, so it was a nice change to see some six hundred plus in the Ironworks tonight.

I first discovered Frank Turner at Belladrum when he played the main stage back in 2011. It was a case of stumbling on him by accident, but I was immediately hooked on his anthemic punk-ish poetry. It was a stripped-back, all-acoustic affair tonight; Frank, guitar and the audience.

He strolled on casually said hello and went straight in to the stomper that is ‘If I Ever Stray’. Second song ‘Try This at Home’ has the classic line ‘and there’s no such thing as rock stars, there’s just people who play music, and some of them are just like us, and some of them are dicks!” If any of Frank’s lyrics could sum him up, this is it. The boy from Winchester is down to earth, sharp witted with a dry, yet approachable sense of humour. 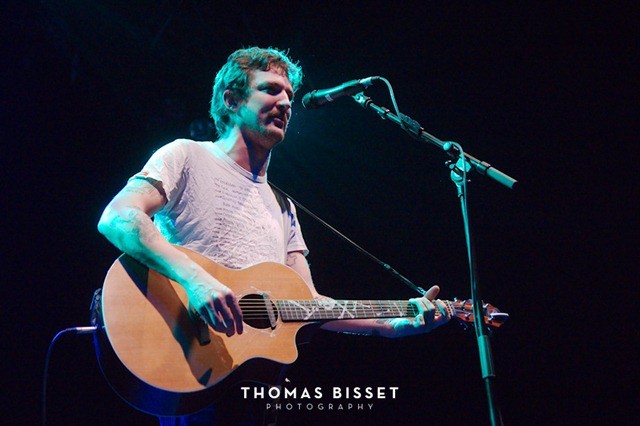 This was followed by a collection of numbers from his past albums as well as some new material from his next album. ‘Peggy Sang the Blues’, ‘I Still believe’,  ‘Wessex Boy’ and ‘The Road’ among many others.

Frank constantly has a rapport going on with the audience, and I can honestly say it’s the first time I have participated in ‘air harmonica’ playing. This modern day poet of sorts had total charge of his audience throughout and we were willing to participate all the way along.

I don’t know what I was expecting from this gig, but I left with a smile and a couple of new songs rattling around my head.