Brew at the Bog returns for it’s second year, at Bogbain Farm, on the 4th of May 2013 and has announced some of it’s line-up. 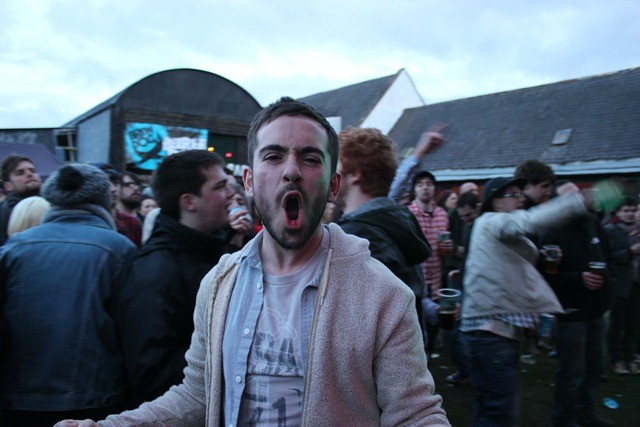 We finally get the opportunity to welcome summer* with the first line-up announcement for an Inverness 2013 festival. Following an action packed debut festival, where each stage was within yards of each other, and due to the steading setting no problem with interfering sound, the “compact and bijou” Brew at the Bog returns.

Returning too are some old friends in the shape of Fatherson, Cherri Fosphate to name two, but also a host of other up and coming acts. These include the likes of Homework, Randolph’s Leap, The Stagger Rats and Inverness’s own James MacKenzie and Whisky River Band. They have even brought back a contingent from Wales in the shape of Sion Russell Jones, J P Jones, Tomos Lewis and Jonathan Powell. Room has also been found for Northern Ireland’s Seven Summits.

The line-up, so far, with more  announcements to be made are:

So how much is this going to sting you? Shockingly, very little. For £20, no camping, or £30 camping, this day at Bogbain is all yours.

I really can’t recommend it high enough. A fantastic mix of acts on your doorstep for well under a £1 a band, and with stages so close to each other it is hard to miss an act. Add to that the fantastic Brewdog beers, and you know you have to add it to your festival list of 2013.

For further information go to www.brewatthebog.com

*for those who attended last year I apologise for the use of the word summer. It was freezing. It didn’t stop it being a great festival though!