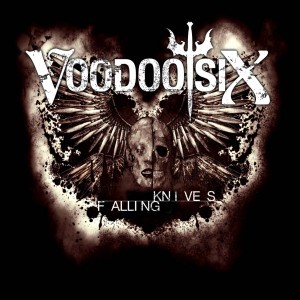 Voodoo Six to play Mad Hatters, Hootananny, Inverness as part of the ‘March Into A New Era’ tour on the 24th of March, 2012.

With hints of Audioslave, Guns N’ Roses, and Alice in Chains, the band return to Inverness following a support slot for UFO in 2011. Formed in 2003, there is a clear feeling that the rock band are on the up, RushonRock declared “These guys have paid their dues and are now they’re moving into rock’s big leagues.” Indeed, Iron Maiden’s Steve Harris warned that “they might just have the power to make British metal fashionable”.