A new year and thoughts turn towards the promise of Summer and Summer means Festivals !!! One of the first to make their headline announcements for 2013 are Wickerman. 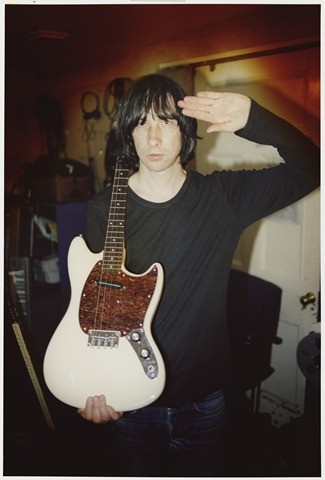 Wickerman one of Scotland’s best-loved independent music festivals has revealed that the Friday night headliner for this year’s summer festival will be seminal Scottish rock band Primal Scream.

On Friday 26th July, Bobby Gillespie and the band will take their iconic style to the stage in what will be Primal Scream’s only Scottish festival appearance this year. Debuting material from their eagerly awaited new album, their first in five years, alongside classic hits from their back catalogue, the influential group will be ‘moving on up’ to the top of the bill with what is set to be an electrifying performance.

They’re currently working on a new LP, due for release in spring 2013. On speaking about the new album to NME, Gillespie hinted at a more political and in your face tenth album: “This is a different time that we’re living in, we’re different people and we’re a bit older and I think we’re expressing ourselves very well on this record. It’s actually quite confrontational in terms of the lyrical subject matter. I’m really pleased with the words; getting to talk about a lot of stuff that I feel that I want to talk about.”

Wickerman Festival Coordinator Helen Chalmers is delighted to be revealing the first names for the 2013 event. She commented: ‘Primal Scream is one of Britain’s most iconic, inventive and exciting bands and having them play at Wickerman is a major coup, both for the Festival and its fans.

Also joining the Festival’s red hot line-up will be critically acclaimed duo Public Service Broadcasting, who will inform, educate and entertain festival goers with their original mix of past and present.

Now in its twelfth consecutive year, the two-day Festival boasting nine stages will once again come to its legendary and spectacular climax with the Saturday night lighting of the Wickerman.

26th 27th July 2013 this two day summer party promises to cater for all musical tastes, featuring an eclectic and exciting mix of leading artists, alternative acts and up and coming talent

More details on the Wickerman website and see here for Wickerman tickets.