Fresh from the latest post from Rockness 2013 on Facebook  that there will be an announcement next week about tickets and line-up, we take the opportunity to look at the latest gossip on who the headliners may be. 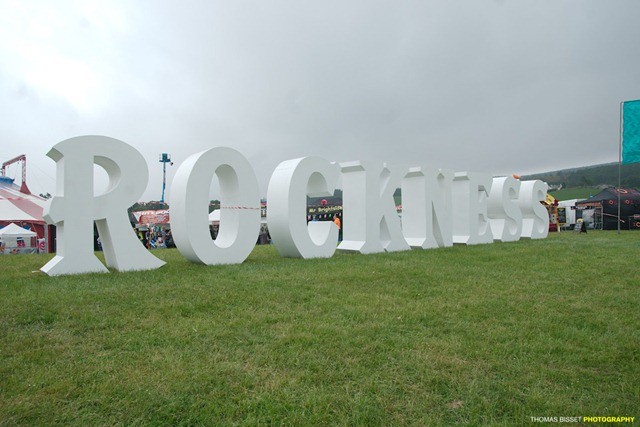 First off, Queens of the Stone Age with a new album on the way the recording of which they described as “manic and unpredictable” they do not seem like a normal Rockness headliner. However a well blogged and reposted tweet seemed to indicate that they had been booked for Rockness, although the  post was never confirmed. So will Rockness be joining Download and Benicàssim in the festival tour for  Josh Homme et al’s festival plans? Well efestivals have them down as a strong rumour, that’s good enough for us.

Fat Boy Slim, has form with Rockness, headlining three times and some might say a bit too frequently to warrant another invite. However others might welcome him back, partly with an air of nostalgia and partly a hope of a return to form that saw him have the crowd eat out of the palm of his hand on his debut on the banks of Loch Ness.

Prodigy could become a returning headliner, loosing no credibility over the years and whilst there is an overlap,  with their previously announced slot at Rock am Ring Rock im Park there could be the possibility of a Sunday appearance. “I’m a Firestarter…”

Bloc Party, especially in website forums, are a strange name to be kicking about even if they  signed to a new record deal with French Kiss last year. Currently touring America, you can truly appreciate the anthemic tunes of “Intimacy” but do wonder if headliner status will leave the audience a little underwhelmed.

Snow Patrol, wait hear me out, no please wait. Frequenters of T in the Park and not shy of gigging hard, they certainly would appeal to the mainstream much like Mumford or Nutini. However they can certainly manage a crowd well, but win over Rockness, well that truly would be a triumph.

When your considering mainstream success Moby with his sales of 20,000,000 copies worldwide, could be a fair shout it has been his impressive headline slot at Glastonbury now almost 10 years ago. Just one ask, if he is playing, no Radiohead please.

Calvin Harris given his penchant for pop tunes, and the strong success of “18 months”, certainly has his fans (when he is not threatening to sue the BBC or when he’s complaining about lost luggage) and we suspect could graduate to headlining the festival with aplomb.

David Guetta, who was supported by Harris at his iTunes Festival gig in September last year, has earned his stripes and is frequently referred to as being among the world’s greatest DJs. There would be no real surprise if the Frenchman, at the very least, appeared on the Rockness shortlist.

Would Pulp join the common people of Rockness, after a strong year of gigging last year including European and American festival dates? Who knows but they would undoubtedly be welcomed with open arms. Cue the sing-a-long.

Last on our list we have Chase and Status, is it just coincidence that the boys are are featured on the front cover of the February edition of Mixmag, or do they know something we don’t (no surprising really). If they can (and did) win over a cynical Download audience, what would they do with a partisan Rockness rabble?

So more questions than answers, we’d love to read your suggestions as to who you would want to play, and who you think would play?