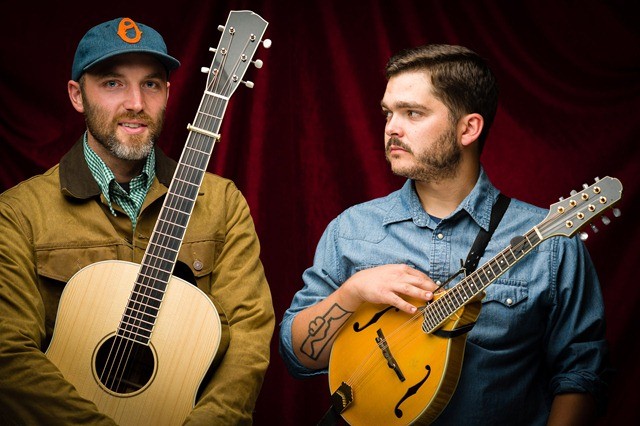 Cahalen Morrison and Eli West return to Scotland for another string of dates later this month including a gig at Bogbain Farm, Inverness on April the 14th.

While the roots duo might hail from the other side of the pond in Seattle, they have one foot firmly planted in Scotland.  Cahalen’s great grandfather was a Gaelic Bard from Lewis who emigrated to the States and was recently the feature of a BBC Alba documentary ‘Dileab a’ Bhaird’ (the Bard’s Legacy) as Cahalen traced his family origins.

In an oft saturated folk genre their debut album ‘The Holy Coming of the Storm’ was lauded from all corners as ‘Quite extraordinary’ (Bob Harris, Radio 2), ‘Beautiful rootsy Americana, (Time Out) and simply ‘Thrilling’ by The List magazine. They impressed the organisers at Celtic Connections enough to give them their own show in Glasgow and they’ve recorded with Mary Ann Kennedy as a part of Radio 3’s ‘World on 3’

Latest album ‘Our Lady of the Tall Trees’ has notched up a Number 3 spot on the Americana UK Top Ten releases of 2012 and reached Number 10 in the American Roots Music Report for 2012.

Support will be provided by brother and sister duo The Kilcawley Family from Tyneside.

For coverage of other gigs at Bogbain Farm