As well as the mainstage headliners,  Belladrum 2013 have announced a good mix of talent on the bill including The Horrors, Admiral Fallow, Fatherson and the Noisettes. 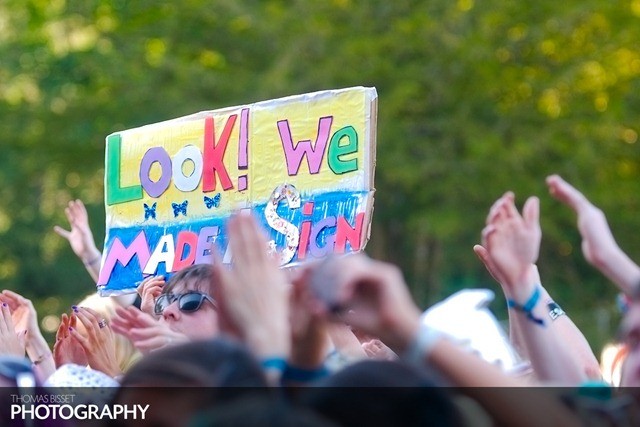 Starting off with the headliners for the Hothouse Stage are Mercury prize nominated The Horrors, Londoner King Charles and Admiral Fallow who will make a return after their last appearance at the festival in 2011. The rising Scottish indie stars should be a guaranteed crowd puller when they perform in August.

Dougie Maclean is set to headline the Black Isle Brewery Grass Roots stage, expect lighters aloft and drunken singing when ‘Caledonia’ gets aired… most likely from me! Martin McCarthy will appear in support, the English folk musician is considered to be one of the most influential figures in traditional music and is said to have inspired the likes of Paul Simon and Bob Dylan.

First timers include The Noisettes, Lucy Spraggan ,who will introduce us to her blend of acoustic-folk-hip hop, and Jacob Banks.  The 21-year-old Soul Singer from Birmingham has recently supported Emile Sande and Jamie Cullum. Definitely one to watch out for the future and in keeping with the Belladrum tradition of being a launch pad for the stars of the future.

Also appearing on the Grass Roots stage will be Irish Singer Songwriter Gavin James, and Rick Redbeard from the Phantom Band. Joining them will be Stealing Sheep. Intriguingly described as a ‘Pagan-pop-folk all girl trio’, the Liverpudlian group will no doubt bewitch and bemuse in equal measure.

Veterans of 1967’s Summer of Love, It’s a Beautiful Day are on this year’s bill together with folk rockers Treetop Flyers who won the emerging talent award at the 2011 Glastonbury Festival.  The Dangleberries are back, playing every year since 2006 and always sure to get the party started. Hotly tipped unsigned act Fatherson will also make their return to Bella. Jericho Hill will be there playing Johnny Cash songs, their Facebook page states that they like ‘playing live to drunk people’, so Belladrum might be ideal for them.

Celtic Rockers The Peatbog Faeries are Bella veterans and, as anyone who has seen them live will testify, their live shows always set a frenetic pace and you miss seeing them at your peril. Other bands announced include The Straits – made up of former members of Dire Straits, Rumours of Fleetwood Mac, Victorian Trout Conspiracy – a Ska band from Edinburgh, Brown Bear and the Bandits from Largs and Geordie Jazz Swing band Shipcote and Friends.

Of course plenty of local bands appear on the lineup, Scooty and The SkyHooks, Feis Rois and the Caledonian Celidh Trail will make an appearance.Toby Michaels Rolling Damned, whose irreverent live shows never fail to liven up anyone feeling the affects of the previous night’s indulgences. Toby was keen to express his pleasure at playing; “It’s an honour to have the opportunity to go crazy for Belladrums Patriots again. We will be ready, I hope everyone else is prepared for anarchy!”

This years dressing up theme will be ‘Carnival’ and promoter Joe Gibbs promises that Belladrum’s tenth Birthday is going to be ‘one hell of a party’.

See the other acts announced for Belladrum 2013.

You can see details of Toby Michaels Rolling Damned next gig.