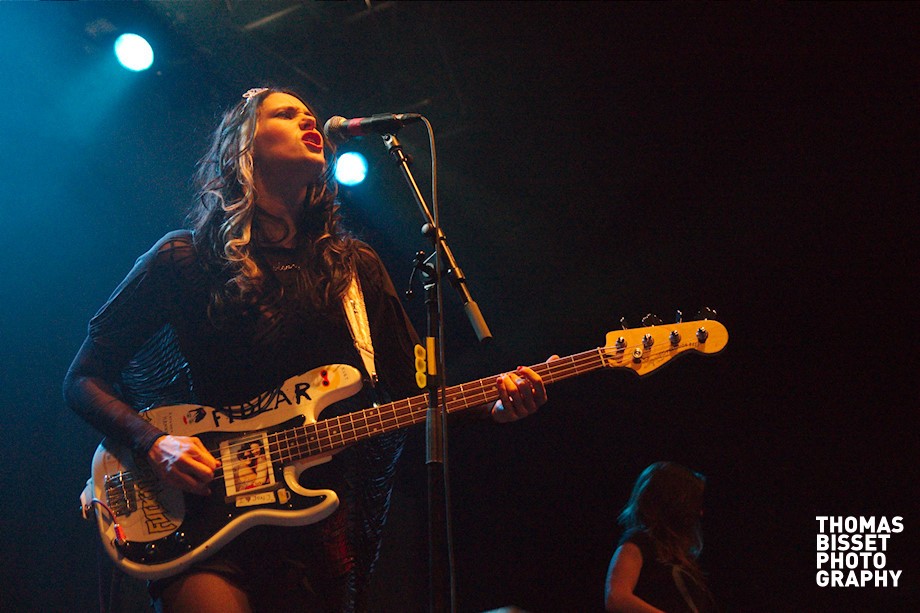 Kate Nash supported by Kitty the Lion at the Ironworks, Inverness on  Saturday the 13th of April. 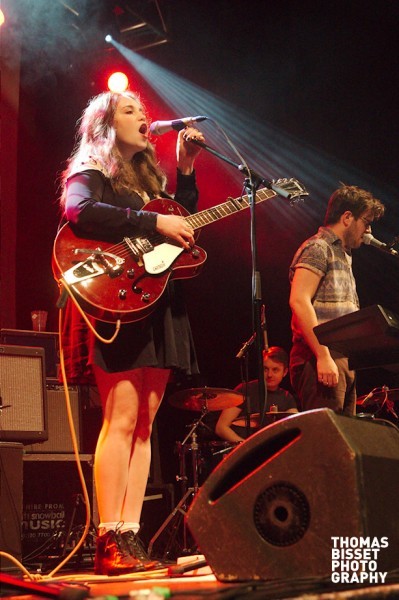 Support for tonight was ably provided by Glasgow’s Kitty The Lion, they’re no strangers to these pages, but still a band I’d yet to see live. I was suitably impressed by their Americana tinged indie rock. Their solid set of stomping tunes has meant that I’ve added them to my ‘go see’ list when they appear at Brew at the Bog this May. 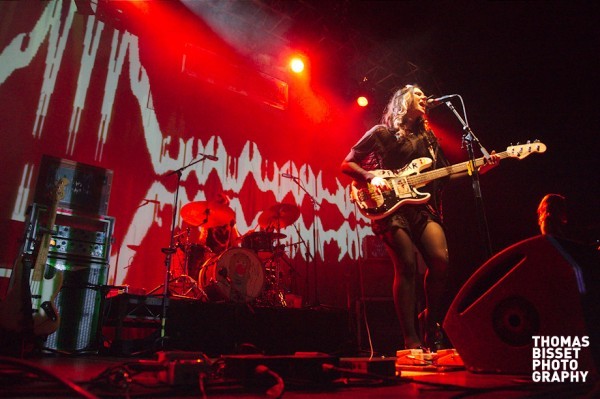 Kate Nash arrives on stage to a backdrop montage of images from Russ Meyer’s 1965 exploitation film ‘Faster Pussycat! Kill! Kill!’ overdubbed with ‘You Don’t Own Me’ by Lesley Gore…. images of strong women and songs about emancipation set the underlying theme for the night. This is no girly pop princess about to take the stage singing about unrequited love and ‘boys’.

Wielding a bass guitar, Nash and her band open with ‘Sister’ a track which could easily sit in Sonic Youth’s repertoire, a dirty bass line seethes and writhes underneath her snarled vocals. The predominantly under 18 (and mostly female) audience seemed initially startled at the change of direction that she has taken, the pop sensibilities of the first two albums have mostly been ignored and her latest album ‘Girl Talk’ is an occasionally savage slice of punk rock.

Whilst the Made of Bricks era Kate Nash has mostly gone she’s still retained the ability to write a decent hook, the surfer rock vibe of ‘Death Proof’ is catchy enough to even get the dads in attendance nodding in approval. 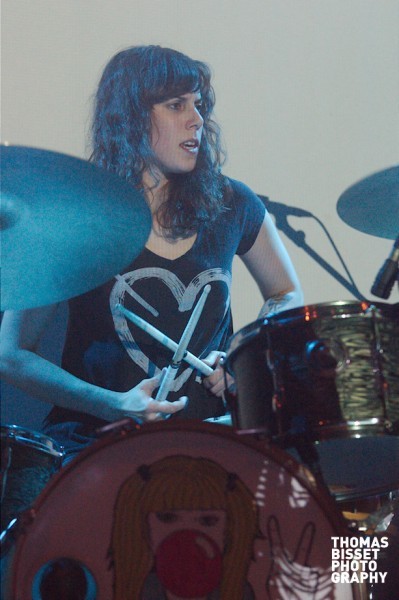 Her sardonic wit is still ever present, this is evident in ‘Free My Pussy’, introduced as being dedicated to anyone who’s being treated like shit by an ex-boyfriend, cue cheers from the mainly female audience and nervous glances towards the exits from the minority male fraternity. She’s been a vocal supporter of Russian act Pussy Riot and the lyrics have clearly been inspired by their ordeal.

Not content with the distance the barrier is from the stage she lamented that she wanted to be able to touch her fans, so rather than stay on stage and put up with it she decided to jump the barrier and sing the second half of ‘Do Wah Doo’ from the midst of the audience. Much to the delight of everyone but a couple of nervous looking security staff! This led Dave MacIver from ABC Radio to wryly comment that she’d been taking stagecraft lessons from a certain Toby Michaels.

‘Foundation’ of course gets an airing and sounds the better for being beefed up with the additional guitars and bass supplied by band members Emma Hughes, Linda Burrato and cooly aloof drumming from Fern Ford. From being a damned fine pop song it’s transformed into a bloody good rock tune.

The only real low point of the set was ‘Oh’ from the latest album, a bit too long slow and plodding and it didn’t really add anything to the night. One of those songs where folk take the opportunity to go to the bar or the loo.

She paused to tell us about the problems she’s had in the past with her old record label and the trouble young women have breaking into the business. It is still extremely sexist and perceptions of how you should be are still skewed towards being slim, pretty and with flawless skin. She spent 18 months running the ‘Kate Nash Rock N Roll for Girls After School Club’, which set to challenge some of these perceptions and to encourage more young women to get involved in music. Sadly only 14% of songwriters who receive money from the PRS are women and I fully agree with her that this has to be redressed.

The set continues unabated and it feels like she’s channeled many of the feminist movements of the last 30 years, there’s definite hints of early nineties Riot Grrl (Bikini Kill et al) with the irreverence of Patti Smith and the pop hooks of Suzi Quattro. 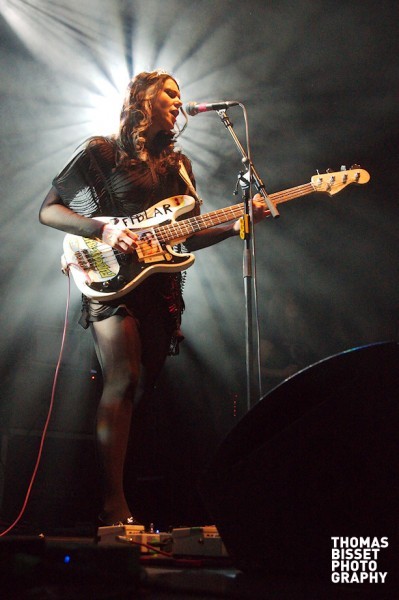 Final song ‘Underestimate the Girl’ is a full on slab of distorted bass driven punk, all attitude and curled lip. A brilliant noisy finale that meant my ears were still ringing twelve hours later!

The acoustic version of ‘We Get On’ as an encore was an odd choice in that it was a complete contrast to the last song and I felt it would have been better played mid-set. ‘Underestimate..’ or ‘Death Proof’ would have made a better closer leaving the punters on a high.

Judging by the comments by fans at the end of the night Nash’s new direction has caused some consternation and it’s not universally popular. I thought the newer material was excellent though and shows that an artist that’s not willing to bow to external pressures and get on with the business of making music that she likes.

You can see Toby Stainton’s other reviews.