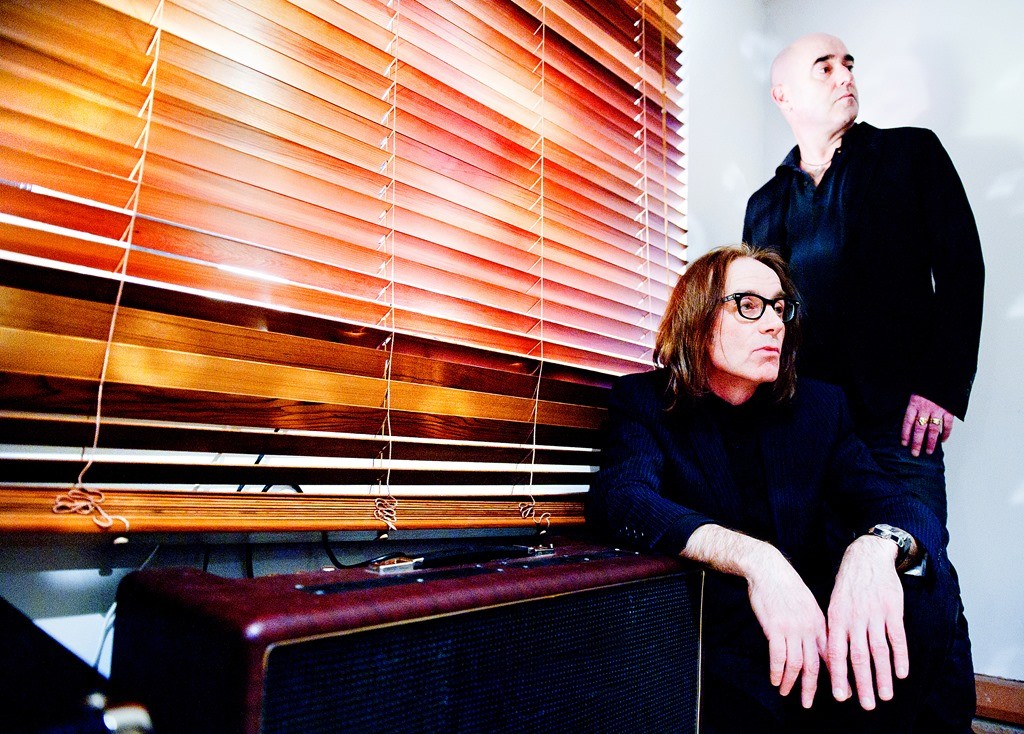 An interview with Bonehead, half of new band Parlour Flames, before the gig at Hootananny, Inverness on the 2nd of June. 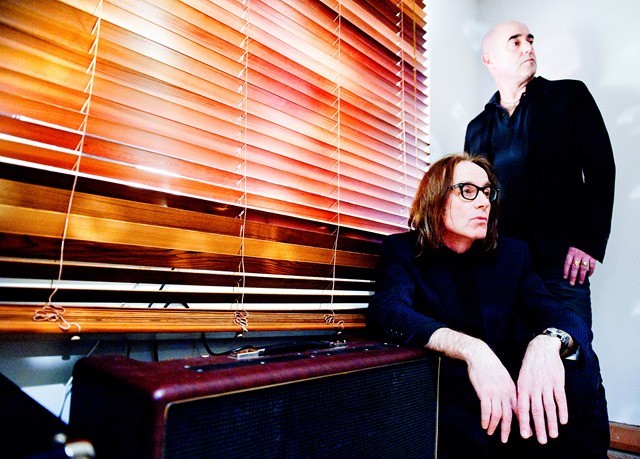 Bonehead is better known as former rhythm guitarist with Oasis, however he raised an eyebrow or two when it was announced that he would be joining forces with Vinny Peculiar to form Parlour Flames. Bonehead explains how the joining of forces occurred; “Meeting Vinny and hearing his words and music inspired me I suppose, we always talked about writing and recording together, so it was good to get in the studio and put our ideas down”.

Certainly the response to the eponymous album (released 20th of May) have been positive, through their blog the band commented “We’ve been thrilled to get some lovely comments and through social media and some splendid press reviews.” Indeed one review went so far as to say it was “the best post-Oasis music that has been made by any former member”, Bonehead however wouldn’t, perhaps wisely, be drawn “ I Love Liam and Noel’s stuff, although I am quite biased when it comes to it. As for the best post Oasis music? That’s entirely a matter of opinion.”

On taking about Oasis, Bonehead recently commented that “I probably talk more to Liam now than we ever did in the band!”. Indeed the album was launched at Liam’s shop, Pretty Green, Bonehead reflected on the gig; “It was a great day. The place was packed, but it was a really attentive crowd, which was nice as we did an acoustic set with the full band. Feedback afterwards was positive, everyone enjoyed it as well as our selves”.

Parlour Flames’ music has been described as “quintessential English observational pop music” and astute observation by Bonehead’s admission “ Yes, I think that’s a fair description.” He goes on to describe his perception of the music, emphasising it’s influences and it’s uniqueness; “Vinny’s lyrics are  very observational, and also very English in the subject matter, almost in a Ray Davies kind of sense.  There’s hints of David Bowie in there, Simon & Garfunkel, but essentially it’s us, it’s Parlour Flames. It’s a sound that developed in the studio whilst recording and writing.”

The questions been asked a million times and so it would be amiss not to ask about his time with Oasis and the rumours  of a reunion to coincide with the Twentieth anniversary of ‘Definitely Maybe’, not one to shy away Bonehead responded; “It was certainly the best 8 years of my life, I look back with huge memories of all we did and achieved. As for a reunion? I’m not sure, would it be a good thing? Probably not, but if I was asked to join in I’d be there!!”

As he looked back he identified the important lessons he has learnt ; “Believe in what you do, enjoy it, and don’t feel down if people try to go against it. As long as you enjoy it and have a passion for what you’re doing, you’re on the right track.” But what of the future and the plans for Parlour Flames, well that’s simple; “We hope to get to as many places as possible with the band, and if we can connect with people in each place and they get what we’re doing then I’ll be happy”.

And of course one of the first places that you will see them play will be Hootananny.

Support from the night  comes from The Oxides and Steven Barclay.

Tickets are available  online at www.scottish.ticketsource.co.uk and in person from Hootananny on Church Street, Inverness.

You can read our recent interview with The Oxides .