A review of Thursday night, the sixth of June, at goNORTH 2013, featuring Dylan Tierney, Duncan Overmeer, The Yawns and Protection Patrol Pinkerton.

With Rockness on the cards for tomorrow, my night was much shorter than the last. 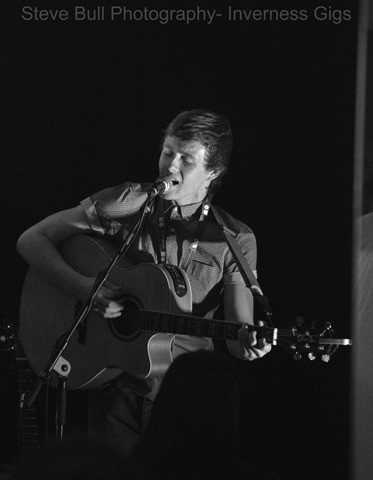 It started in the Encore hotel with local lad, Dylan Tierney. Amazingly this was my first time seeing him and he was exactly as I was expecting, with what sounds like a strong influence from Oasis and more recently and vocally, Jake Bugg. At the front of the room every seat was taken, and most at the back too; a great turn out for so early in the night, and a strong set from the 15 year old. 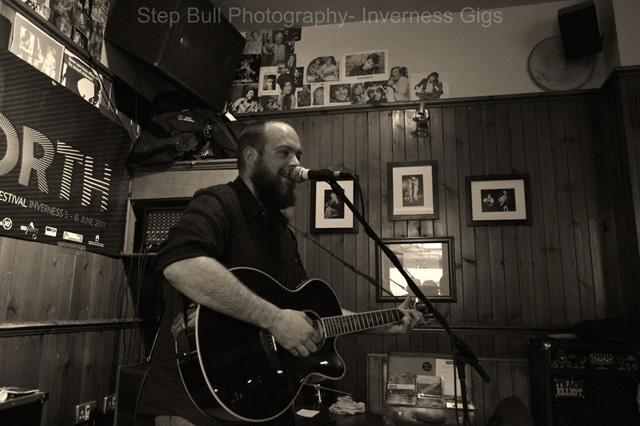 Next I scooted myself over to the Market Bar to see Duncan Overmeer AKA Matchstick Maker, his alter-ego he likes to sometimes perform under. To match his impressive beard, his impressive, highly dynamic vocals, both in terms of amplitude and range were something that most other singers could only dream about. Combine this with his acoustic guitar and his clever usage of a looping station produced a fantastic sound. Duncan doesn’t hide his love of poetry, and you can really hear it in his words.

His final track “For those of You who Sing”, a track about ones demons that scream your cravings and addictions inside your head finished with a multi layer of guitars-strummed and hit, and vocals on all levels. The audio engineer in me enjoyed the tiny bit of feed back in the loop, which seemed to fit perfectly. A completely enjoyable set from the man from the west, though he could have done with a much longer set to really showcase his talent further. 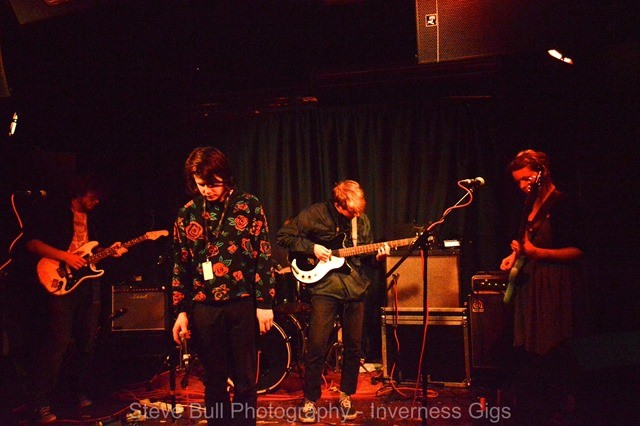 Madhatters was up next, surprisingly my first venture up the stairs of the 2 day festival, to witness something a bit odd. Glasgow 4 piece The Yawns created a bit of an awkward atmosphere, but in such a way that they will be remembered. Musically they weren’t dissimilar from the Libertines, but their singer was really miserable. Really, really miserable, clearly part of the act, “singing” most of the set with his head down, ocasionally wandering round the crowd and finally, whilst the rest of the band were playing the last song, just casually leaving. Sounds weird? It was. Yet strangely enjoyable and memorable. 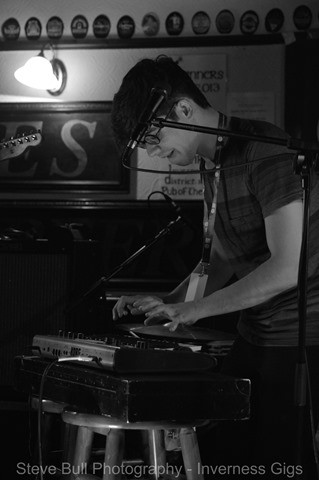 My final expedition of the night was to Blackfriars, to see a band that I had already seen a bit about -See article- and had been told by several more people that I need to go and see them. Protection Patrol Pinkerton had travelled for 12 hours from Belgium to play for us. Was it worth it? Definitely. To a packed room-from front to back, from head to toe- everything was tapping. This 5 piece clearly knew what they were doing, with their set perfectly polished, and a great personality from their lead vocalist, Jelle, with comments such as “It’s hot in here, and that’s a weird thing to say in Scotland”, as well as numerous failing attempts to re-create the Highland accent, this Belgium bloke managed to get the whole room hanging on his every word.

Comparable to Loss Campasino’s, this Indie Pop/Rock band perfectly define their selected genre, and for many people, including myself were probably the highlight of the 2 days of showcases. They played through their best known song “The Future=Our Home” and many in the room were singing along, including those who were working for Radio GoNORTH, who had had the band in for a session earlier in the week. PAUSE. The music stopped. “Erm, in Belgium this is the part where everyone goes crazy..” followed by a burst of cheers and the song continuing.

For the final song the singer jumped into the crowd, “taps aff” for this bass driven track to complete their set and my evening of music. There was a guy behind me continually telling me how great the band were and that I should write them an amazing review. It did cross my mind that they were paying him to say nice things to reporters, but even if they were, he was damn right.