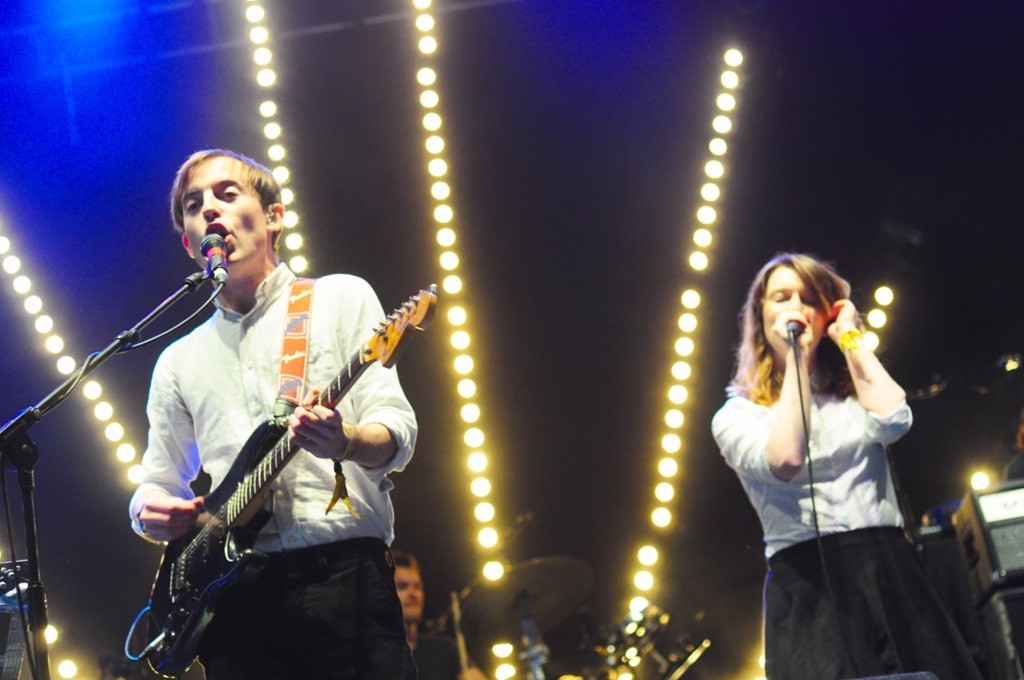 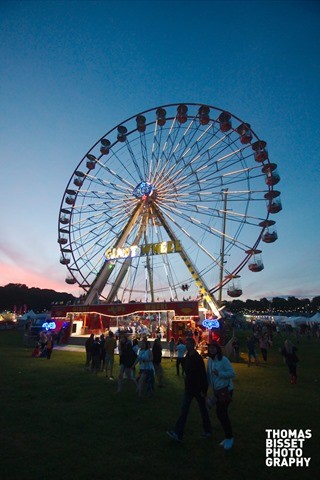 With the line-up on the main stage dance heavy, I turned my attention to a run of acts which spanned early to mid-evening within the Goldenvoice Arena. First were Dog Is Dead, a five-piece from Nottingham, and this was their second appearance at Rockness following a visit two years ago, but this time they informed us, they were playing to three times as many as their debut. That multiplier would have risen as the initial numbers grew with the sound permeating the walls of the tent. Dog Is Dead are likeable lads who played heavily on their tight harmonies, but equally were at home when they ordered the crowd to bounce to the chorus of ‘River Jordan’. This also gave their music a rougher edge, which was very much in contrast to the Kenny G sax solo during ‘Burial Ground’. As noted by our last review of the band, there is a lot to like about Dog Is Dead and with the release of their first album ‘All Our Favourite Stories’ under their belt it really is a case of just how far can they take this.

Next was Benjamin Francis Leftwich, who is no stranger to the north having played Belladrum in 2011, and as he mentioned himself, his appearances at both Eden Court and the Ironworks. He is a bit of a master of the understated arrival as he comes out from under the lights to lead us into ‘1904’. Ben produces very soft breathy numbers with a voice that will never get a festival tent jumping but this fragility is still capable of grabbing attention and ‘Pictures’ and ‘Snowship’ are fine examples of this. He introduced a new song, Wake and Bake, which although in a similar vein to his present releases did deliver a warm glow. That similarity is evident through the remainder of the set which ended capably with ‘Atlas Hands’. Ben, however, has a voice which succeeded in turning a vast festival tent into a relatively intimate affair.

Of the four acts that I viewed, Newton Faulkner drew the biggest crowd, as Goldenvoice was at near capacity. As with Ben, Newton is just him and his guitar, but unlike Ben, and most other artists to be fair, he uses the guitar as more than just that. He is able to excite a lot more life than you would expect through various tricks of fretwork and percussion. Taking us on his travels through his first three albums Newton played fans’ favourites such as ‘I Need Something’ and ‘Dream Catch Me’, and also attempted, with varying success, to encourage some audience participation with both ‘Clouds’ and ‘Write It On Your Skin’. The second of which was hijacked by a horn which had been present at the break between each of Newton’s songs as it orchestrated, well meaning and initially amusing, chants. Although Newton grinned at this in the early part of his set, he did appear to tire of it a little later on. One plea which was listened to was his desire for everyone to follow the recording of his next album which will be streamed live and details of which will be found on his website. So to tie up his virtuoso performance, Newton, with the full backing of the audience, did a unique cover of Bohemian Rhapsody. Now that was a finale to remember. 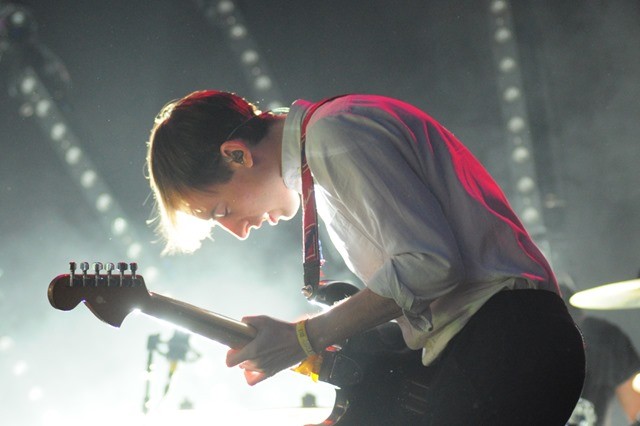 My fourth and final act were Bombay Bicycle Club. Rockness was quite privileged as this was only one of two festival appearances which they will be making this summer. Their arrival also brought the lighting up a few notches and this was used to effect during frenzied interludes and reflected the energy which the band emits in a live set. Opening with ‘Evening/Morning’ to a hardcore support who packed the central section of the tent, they tore through a set which predominantly showcased their first and third albums. 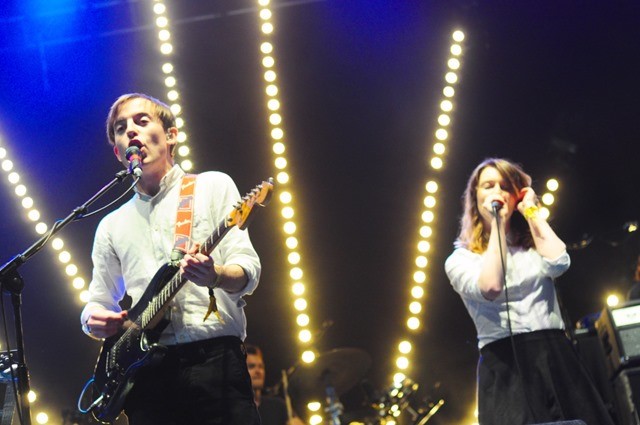 They took time out to preview a song, ‘Carry Me’ from their forthcoming fourth album which they are presently recording, and the reason for the lack of festival appearances this year. It was a spiky little number and was well in keeping with their live set. For all the energy of the set, the vocal of Jack Steadman was at times lost within the bass, and similarly that of Aberdeen’s Amber Wilson. That aside, and with excitement levels up, the band pummelled their audience and it took the punchy ‘What If’ to deliver the knockout to round the set off.

So with a day in the tent behind me I look forward to catching a mix of the stages around the site on Sunday before we say farewell to Rockness for another year.

Photos by Chris Milne if not indicated by watermark.