A review of Sunday at Rockness 2013, featuring Fatherson, Reverend and the Makers, Lianne La Havas, Madness and Jemma Tweedie. 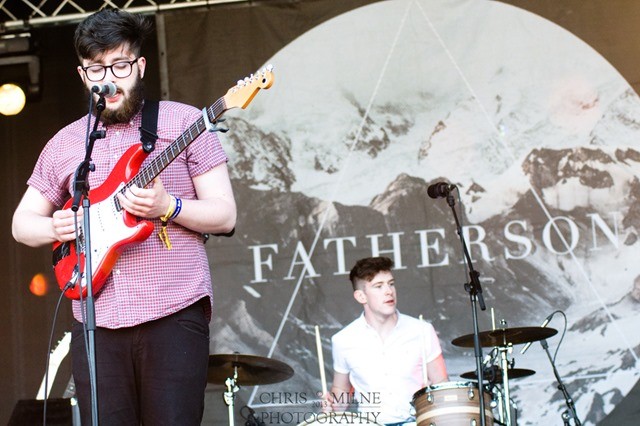 Sunday’s main stage opened at 2 o’clock with Fatherson. The numbers begun to swell before they arrived on stage with the addition of a good humoured crowd who had just departed the lunchtime comedy slot in Goldenvoice. Ross Leighton was first to appear on stage where he played solo briefly until he was joined by band members mid song who took it upon themselves to wake the site up. It was clear from the opening that there is a heartfelt sincerity in the lyrics and Ross’s projection of them. Fatherson are a band who have steadily grown on me over a number of festival appearances, and today they won me over. There is great variation within their songs, without losing their distinctive feel. The cello running through ‘Hometown’ shows the potential that the songs have to include some lush arrangements. They also border on the anthemic too, again without losing the subtlety that Ross’s vocal possesses. They are a band crying out for an album release, and thankfully they have one on the way which should be with as at the end of the summer. It will be well worth waiting for based on this performance. 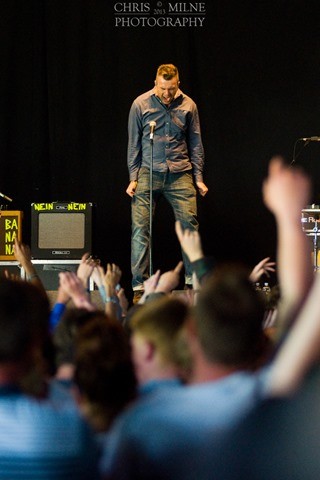 From the sunshine to the shade of the Goldenvoice Arena, and the turn of Reverend and the Makers. A pumping intro brought everyone forward, and ‘The Reverend’ Jon McClure urged them to come even closer as he first took a photo of his audience, and then told them ‘it’s party time!’ Bouncing to the ‘Bassline’ he leads by example. He’s not just the Reverend but the choirmaster as he conducts his gathering, even ticking off one punter for being on their phone. This sets the tone for the next forty five minutes. It’s shadow boxing, swagger and and general sweat inducing mayhem, with the only let up being when a small number departed following ‘Heavyweight Champion of the World’. Clearly they weren’t converts, and the boos pointed at them let them know that. The remainder bounced right ‘til the end, as we all left the tent with the strains of the trumpet from ‘Silence is Talking’ still ringing in our ears. Reverend and the Makers are the sort of band than can pick up followers at festivals. Their high energy slots are just what many festival goers look for. They may never buy the music but they buy into the experience. 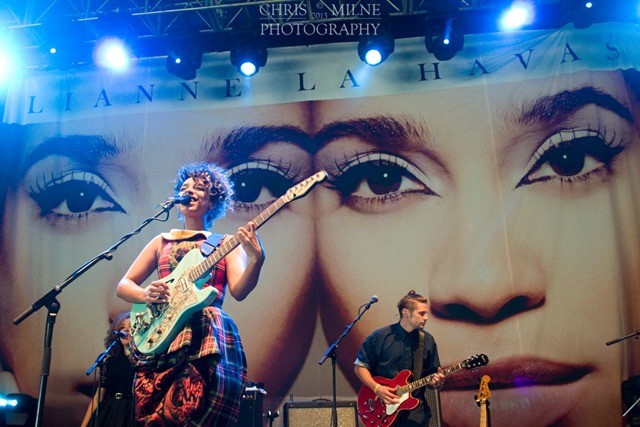 Back in Goldenvoice forty five minutes later was Lianne La Havas. Lianne was a cancellation from last year’s Belladrum in what at that time would have been a Scottish exclusive. Lianne appeared on stage in a tartan dress, fitting of the occasion, as she sung with guitar in hand, ‘Age’ with a glint in her eye as she reworded it to refer to “Scottish men”. She didn’t really need to play that card as she had won the audience over from the moment they first heard her incredible voice. There is an old time cool pervading the early songs in the set and ‘Au Cinéma’ evokes a vintage Parisian vibe. The demure Lianne delivers not just a powerful vocal but is equally adept on her guitar. Clearly enjoying herself she lets us hear her new Scottish accent, “This is fuckin’ brilliant!”. (For Scottish read Glaswegian). This is her first festival appearance of the year and on this performance she has a lot to look forward to. Backed by an accomplished band she rounded off her set with the title track to her album, ‘Is Your Love Big Enough?’ Certainly Ms Havas’s talent is big enough, that’s for certain. 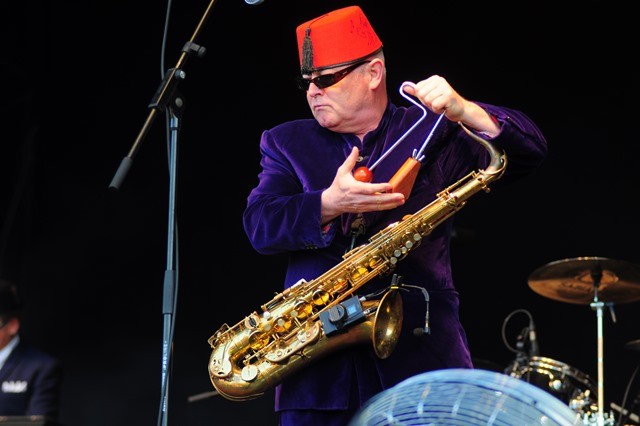 Back out in the open air a large crowd is forming for the arrival of those national treasures, Madness. The Rockness stage may be no Buckingham Palace but it was their house tonight and with the loch behind it proved a suitable backdrop as a lone piper arrived on stage announcing their arrival. Marching on stage wearing their trademark slick dark suits they step into ‘One Step Beyond’ acting as a rallying cry from the stage to top of the hill. It wasn’t just the old favourites such as ‘Embarrassment’ and the now 30 year old ‘My Girl’ that got the crowd ska dancing but also an interspersion of songs from 2012 release, ‘Oui Oui Si Si Ja Ja Da Da’. Madness crossed the generation gap as both those that would not have been born when the nutty sound first arrived on the scene partied with those that had turned up on Sunday who remembered it all too well the first time round. Suggs related well to the revelers, and his Scottish lineage, as he point over the hill towards the Clan MacPherson seat in Newtonmore; the sentiment was real even if he was pointing towards Beauly. Chris Foreman even gave a blast of The Rolling Stones ‘Start Me Up’ for the “young ones’”. But normal service was resumed with the old favourites returning in the form of ‘House of Fun’, ‘Baggy Trousers’ and their much loved Labi Siffre cover ‘It Must Be Love’. As I left to make my way to the Black Isle Bar tent, the crowd were shouting and singing ‘We call it Madness!’ It sure was. 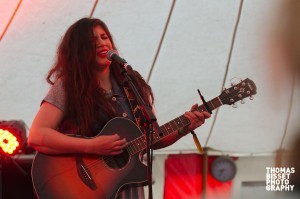 Due to Madness over running Nairn’s Jemma Tweedie had already kicked off her set. A decent crowd, in numbers that is, as some were intent on talking throughout even when Jemma asked people to move closer. She was actually looking for atmosphere and not to hear what they were talking about. There may have been a noisy bunch in, who did disperse towards the end of her set, but Jemma rose above this with her delightfully quick ‘Two Hands’ from her first EP. It’s not all about pace, though, as she draws the crowd in with the “lovey dovey”, as she describes it, ‘’Draw The Line’. Jemma was clearly enjoying herself and her passionate voice and guitar playing filled the tent. Her talents have not gone unrecognised and funding from Creative Scotland is allowing her to record her second EP, and ‘Still In Love’ which she played next is on her short list for a place on it. Her set is rounded off with ‘Paper Doll’ and ‘Drunken Coastal Town’, her own little take on her home town. Jemma grabbed her opportunity tonight and it is a fine reward for the hard work that she has put in leading up to this. Future appearances at festivals won’t be tucked away at the side of a site I’m sure.