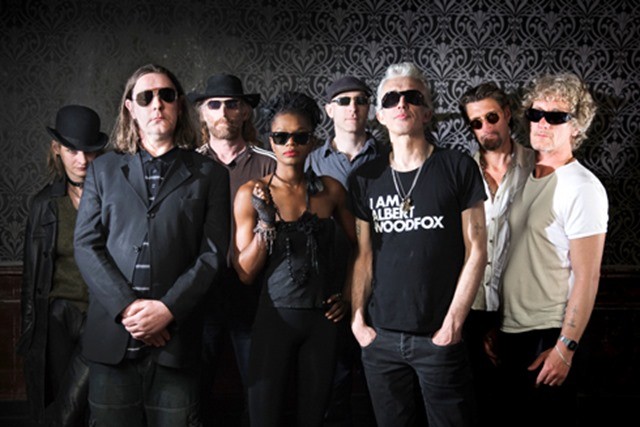 Belladrum 2013 have done their best to ease the post Rockness blues and following up with previous announcements, by releasing a further list of acts to be playing.

Alabama 3 have been confirmed to make another appearance at the Belladrum Tartan Heart Festival where they will headline the Hothouse Stage on Friday night, the tenth anniversary of the event. A guaranteed crowd puller, they can be relied upon to get the party started. ‘We are really delighted to welcome back our old friends Alabama 3,’ said Belladrum promoter Joe Gibbs. ‘They are longstanding favourites of the Bella crowd’.

Also announced is Malcolm Middleton who will headline the Black Isle Brewery Grassroots stage on Saturday night. The former Arab Strap stalwart has released five albums under his own name and latest album ‘Human Don’t be Angry’ was nominated for this years Scottish Album of the Year Award.

Further additions include post hardcore outfit We Are The Ocean, Glaswegian trio Baby Strange whose last single ‘Pure Evil’ was a slab of moody, insular indie rock and Withered Hand who describe themselves simply as ‘anti-anti folk’. Then we have folk rock act Ferocious Dog from Warsop who mix up ska punk and folk music akin to the Levellers and should provide us with a lively set.

Anderson McGinty Webster Ward & Fisher will already be familiar to Inverness audiences having played Bogbain recently and who also received plaudits for a memorable evening. Finally there is Vasquez; Woodenbox; My Darling Clementine; Southern Tenant Folk Union and Coca Tenorio

Local interest comes in the form of a reformed Shutter who can also be seen playing at Hootenannies own ten year anniversary celebrations this week; The Oxides; Ashley and the Cosmonauts; Davy Cowan; Be Like Pablo and The Boy Who Trapped the Sun.

Opening the Seedlings Stage each day and having been selected by The University of the Highlands and Islands are FaR and Taghta who feature students from their BA Applied Music degrees course.

This year, Bella patrons can buy e-tokens for their bar tokens in advance and exchange them on the way in at the box offices. Tokens can also be bought at the usual tokens booth at the event. And tickets are also available for the Portaloo Sunset posh toilets which will be sited at the top of the Red Campsite, near Mother’s Ruin. All these are can be found at www.skiddle.com. Campervan/ Caravan tickets have sold out.