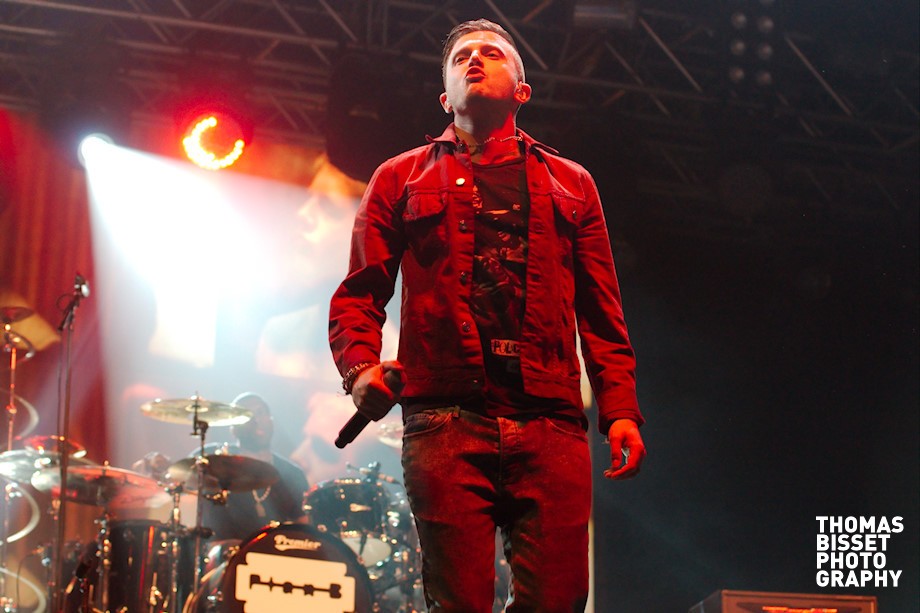 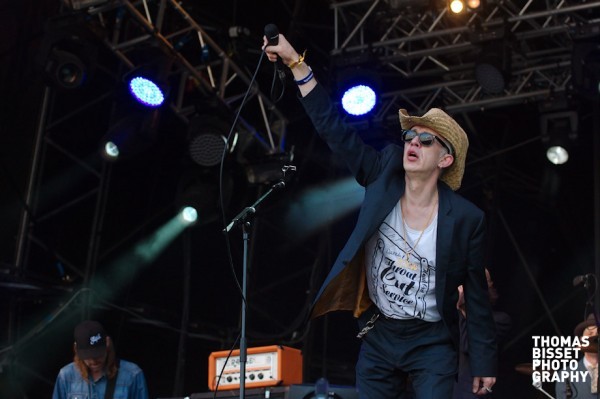 The third and final day saw a more rock-oriented approach to the main stage than previously, and after Fatherson kicked things off, the first band I went to were Alabama 3. I had real trouble trying to put this band into a genre, so I’m just going to say they are an eight piece rock/county/blues/electro/house band from Brixton. Punters of the festival were fairly evenly spread from the front of the stage and all the way up the hill, and were on the whole somewhat older than the average of the festival. With fists in the air, the crowd enjoyed their set including their tracks “Johnny Cash”, and their biggest hit “Woke Up This Morning”. They are a very apt festival band, and watching them is a very nice way to spend a sunny Sunday afternoon. 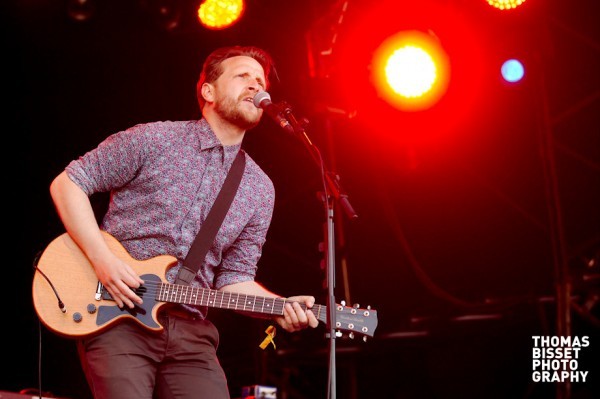 Willingly I stayed in the sun, waiting for The Futureheads. It was the first I had heard from the band in a long time and I had forgotten just how good they were. Starting their set with “The Beginning of the Twist”, the band quickly engaged the interest of the main stage crowd. The four men from Sunderland are masters of vocal harmonies, and all came to the front of the stage to sing four short acapellas, in an indie/folk style of lyrics with story telling. With many clicking along, it was a success for something very unusual at RockNess. The band picked up their instruments again and played “Skip To The End” then split the crowd in half to join in with everyone’s firm favorite, an acapella version of Kate Bush’s “Hounds of Love” 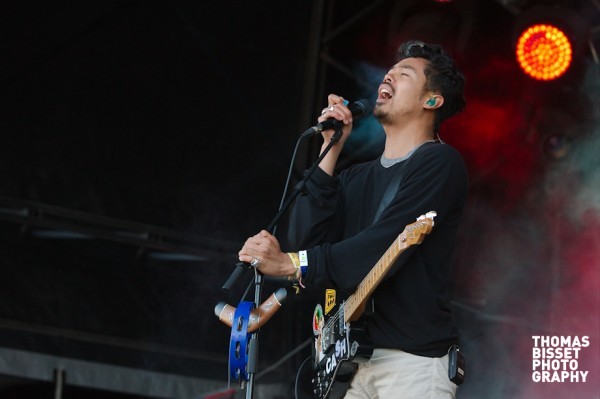 Next up was another ‘blast from the past’ (recent-ish past) The Temper Trap  took to the stage at the foot of a now even busier arena. They started with two tracks from their 2009 album, “Conditions”; “Love Lost” and “Fader” before playing some of their new tracks, also of a similar melodic indie style as before. They went back to older stuff, “Science of Fear” seeing singer Dougy jumping down to the barrier to meet the fans, along with a strobe light fest. They finished with “Drum Song” and finally “Sweet Disposition”, which many were here to see, with lots of people flooding down to the front from the hill. 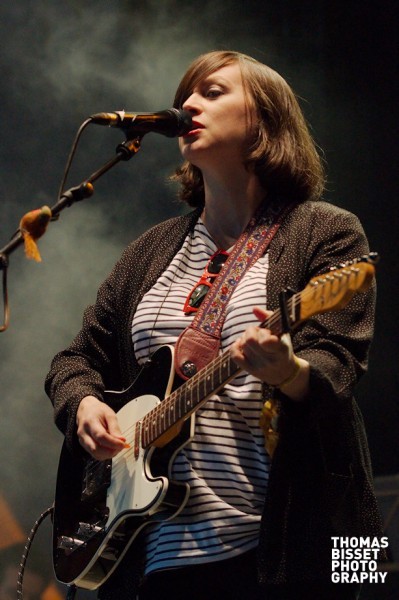 For the first time of the day, I headed into the Goldenvoice Arena to see Camera Obscura, a female fronted band, not dissimilar in style from The Magic Numbers or The Zutons. The attendance was not great, but up against Madness on the main stage, any crowd at all was an achievement. Towards the end of the set, they played their song “French Navy”, featured on a wine advert sponsoring the television program “Come Dine With Me” and more people did arrive quickly into the tent, for the last track with quite a big epic sound, combining the guitars, drums, keys and trumpet. 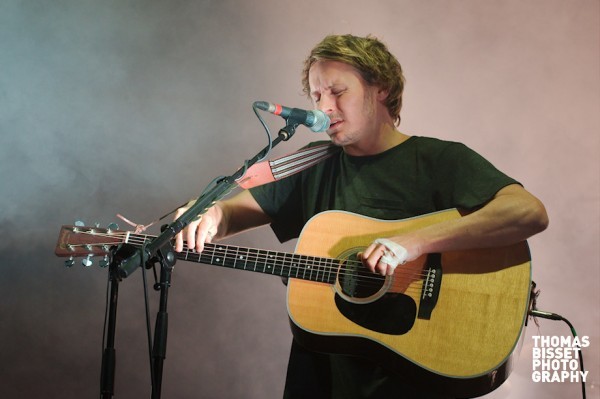 Ben Howard was the penultimate act of the day for me, and the tent filled 30 minutes before he was due to start. He started on his own with the track “Everything”, and half way through he was joined by his band, made up of an additional 5 multi-instrumentalists, often swapping roles between songs. His set continued with tracks including “Only Love”, “The Wolves” and “Keep Your Head Up”, with it’s middle eight, where the whole crowd joined in with the chant “Keep your head up, keep your heart strong” in a truly special moment for those in attendance. It was a beautifully mellow set, but perhaps would have been better suited for Belladrum or an intimate venue, as at times it was visibly unpleasant for some people there, to be surrounded by large numbers making noise and pushing around.

Moving to another,smaller, tent Toby Michaels Rolling Damned were in good form and with the the Dreamboat sailing again, the band returned to it’s original line-up. The normal bands’ standards were played although perhaps on this occasion it was the version of “Hound Dog” that went down particularly well. Toby’s now legendary audience walkabouts created quite a flurry, particularly when the stage manager initially chased after him. Time cheated us from normal set-ender:,”A Little Bit of What You Fancy”, next time? 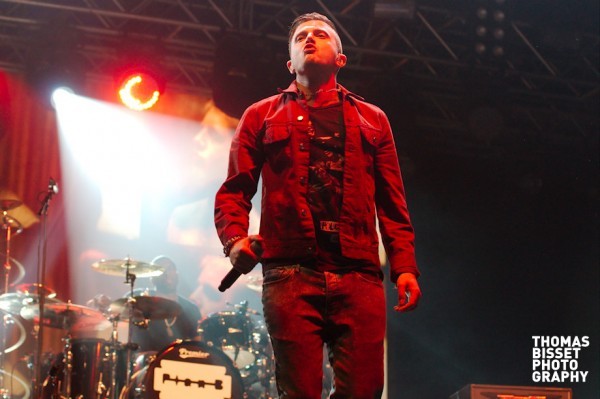 Plan B was perhaps a perfect end to the 3rd and final day of music, combining the dance roots of the festival with rock, hip hop and RnB. His set was opened up by a beat boxer who stayed on the stage with him for most of the duration. He was also joined on stage by two MC’s and two female vocalists. The stage itself had been converted into a screen where the graphics, videos and a theme of razor blades, ran throughout the set. His set, heavy at times, still managed to show off his roots as a soul singer. He started his set with “She Said”, a lighter more soulful track, and it built up to much more aggressive tracks like crowd pumper “Get The Fuck Up” and Chase & Status’s track “End Credits” that Plan B features in. Flares on stage were a nice change from in the crowd [Photographer’s Note: For us, when one lands next to you, it’s scary as hell. Please stop it, thanks], and he finished his set with “Stay Too Long”. At the end of the song, the fireworks went off in a neighboring field, signaling the end to RockNess 2013.