Colin Macleod is the newest addition to the roster of artists at Middle of Nowhere Records.

Coming to widespread attention upon signing to Geffen Records in 2010 under his former creative guise, The Boy Who Trapped The Sun, the release of his major label debut, Fireplace 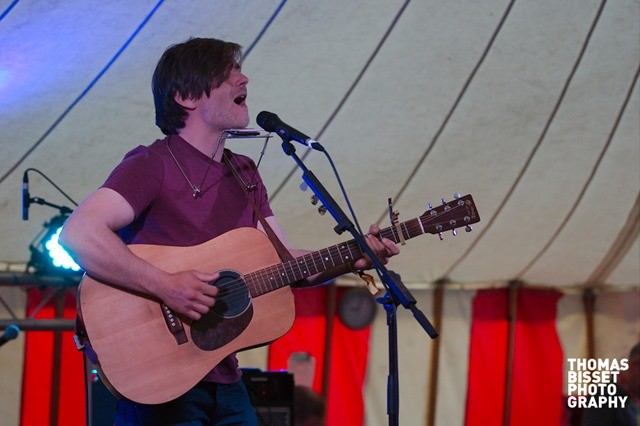 Returning to the Isle of Lewis in late 2011, Macleod recently unveiled his first fresh material in two years with the track ‘California’. Showcasing a maturing quality of craft and a broadening lyrical range, the song is a deeply absorbing indication of his future artists direction. This initial offering will be followed later this year with his first EP for Middle of Nowhere Recordings.

Having recently completed a short tour of Scotland followed by appearances at goNORTH Festival and Rock Ness, Macleod has also been confirmed for Wickerman Festival and Belladrum Tartan Heart Festival and will be embarking on a string of dates across mainland Europe later this year. We’ve caught him at his recent performances around Inverness at the Ironworks, goNORTH 2013 and Rockness.

Colin announced on his Facebook page that we should expect to see an EP very soon, this will be released under his own name rather than his previous moniker as he feels it’s time to have a break from it. ‘We’ve had some good times, but it’s time for a fresh start. I hope you’ll all come along for the next part of the journey’.

Middle of Nowhere Recordings is a small bespoke label born and raised in the Highlands of Scotland. Originally established as a vehicle to release material by critically acclaimed singer-songwriter Rachel Sermanni, demand from other artists has led to creating a more extensive and formal platform to meet these requests. Boasting a compact but diverse roster, current artists include Rachel Sermanni, Pete Roe, Colin Macleod and Roddy Hart & The Lonesome Fire.