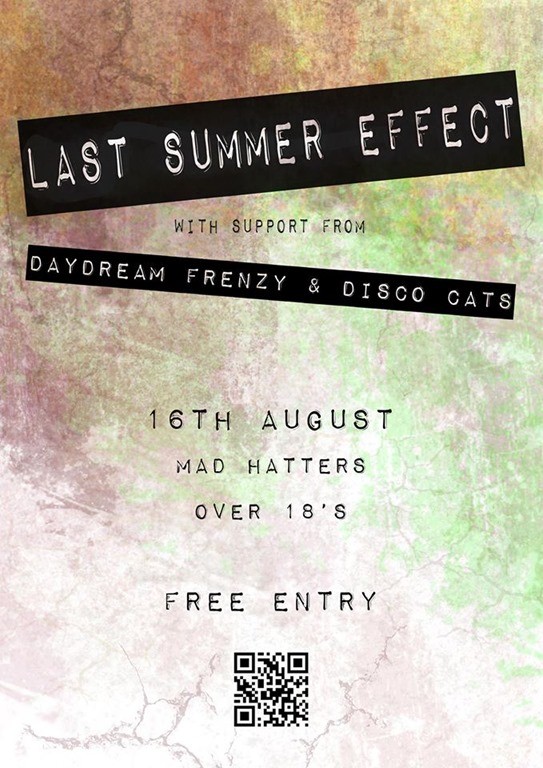 Last Summer Effect return to Inverness to play Mad Hatters on the 16th of August. 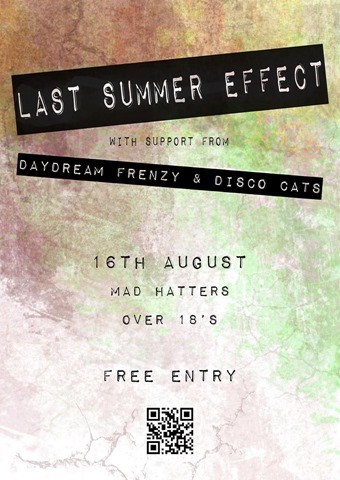 Last Summer Effect had a cracking year in 2012 including a strong performance on the Seedlings Stage at Belladrum Margaret Chrystall of the Highland News enthused “ [they]instantly impressed in the Seedlings tent with their cool intro, fierce playing and totally-in-command singer Chris Smith aka Fox”.They finished the year on a high at the Winter Showcase and returned to the Ironworks to fulfil an ambition of playing the main stage in support of Toby Michaels Rolling Damned in May this year.

When talking to Stephen from the band he commented:

“We’re delighted to be playing back in Inverness, especially at Mad Hatters, one of our favourite venues and nights out in town! This year we’ve been concentrating on writing new material, a lot of which will preview at this event; songs we think are the best we’ve ever written. We’ll be joined by Connor Meeks (ex Purple Divide), one of our “Summer Drummers”, who will be filling in for Michael as he’s away working down south.”

You can also catch the band when they support Daydream Frenzy on the 14th of August at The Tunnels, Aberdeen.