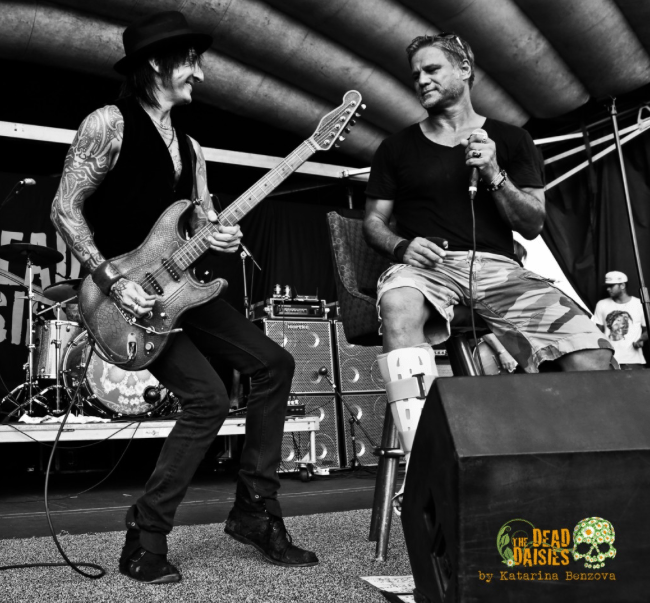 Australian/US supergroup The Dead Daisies featuring members from Guns ‘N’ Roses, Thin Lizzy and Noiseworks among others play the Ironworks in Inverness on the 5th December as part of the Black Star Riders tour. 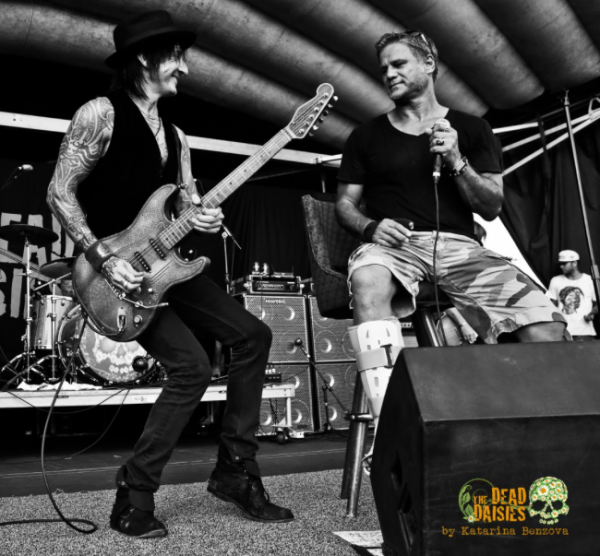 The Dead Daisies sound is created around the tracks written by Stevens & Lowy which is based on the music they both love – classic late ‘70s early ‘80s hard rock, in that soulful Bad Company meets Foreigner via The Faces kind of vibe – big choruses, powerful melodies, and strong hooks. Recorded with LA-based engineer, producer and multi-instrumentalist John Fields, The Dead Daises finished recording their debut album in just two intensely creative weeks.

The fun began in earnest when The Dead Daisies were invited to open for ZZ Top in Southport, Queensland and Sydney in March 2013, and started to heat up when they joined legendary American rockers, Aerosmith, on their first Australasian tour in 23 years. But things really caught fire with The Dead Daisies’ invitation to be a part of the massive 25-date Rockstar Uproar Festival through the US and Canada in August/September, where they have joined Alice In Chains, Jane’s Addiction and Coheed & Cambria among others.

The band are set to release their debut single “Lock ‘N’ Load” featuring Slash in the UK on the 28th October 2013. The track was co-written by, and features the inimitable guitar tone of the legendary Slash. Rolling Stone have already name checked the track on their Daily Download, and it has been getting strong praise on US rock radio, being featured on both Alice Cooper’s and Nikki Sixx’s extremely popular nationally syndicated radio programs.

On releasing their single now to UK audiences, Lowy had this to say, “The hard rock culture in Britain is so strong and there is so much history to live up to, it’s truly amazing. We’re looking forward to playing to a new audience in the UK and hopefully, some new fans.”

Inverness are in for a total rocking treat on 5th December and it will be an early birthday present for this Inverness Gigs writer who is meeting his favourite rockstar of 25 years Jon Stevens on the day.