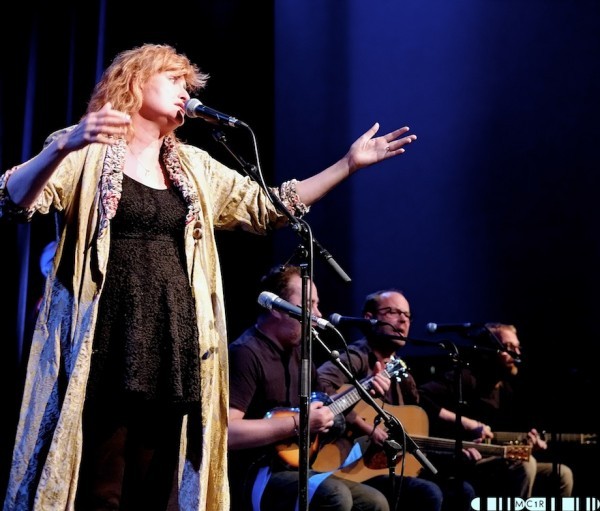 Eddi Reader touched on some very personal, and sometimes controversial topics at the Question and Answer session in the afternoon. She spoke of the importance of keeping a hold of our culture and language and her beliefs that all young children in Scotland should at least have the knowledge of Gaelic song. 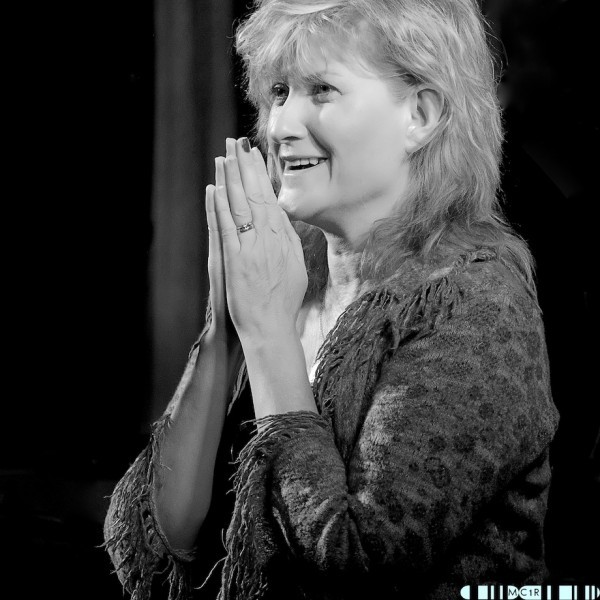 She told us of her own origins and where her musical talents had sprung from, speaking of ‘family sing songs’ and the folk groups she used to attend, driving home the importance of musical involvement in small communities, which was particularly fitting for the AmaSing Festival, as the aim of the event is to provide people in rural communities with opportunities for musical and social activities. 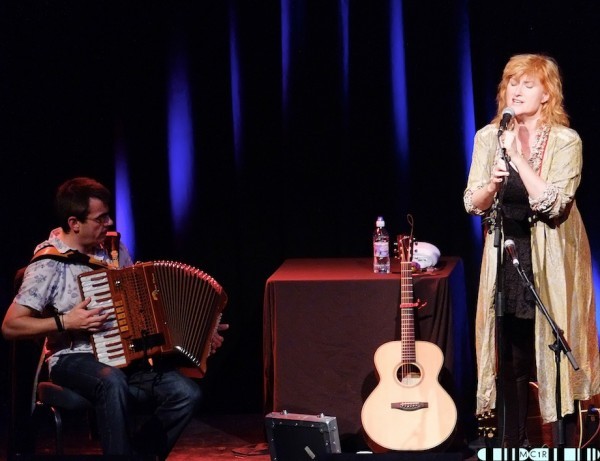 I had high hopes for the evening’s performance at the Strathpeffer Pavillion as Eddie had said that, in her opinion, her singing abilities are better than ever.
The first time I saw Eddi Reader was at the The Outsider Festival in 2007. It was lashing down and I was up to my knees in mud. Now, in the comfortable yet grand surrounding of the Pavillion, I was in a much better position to enjoy her amazing performance. 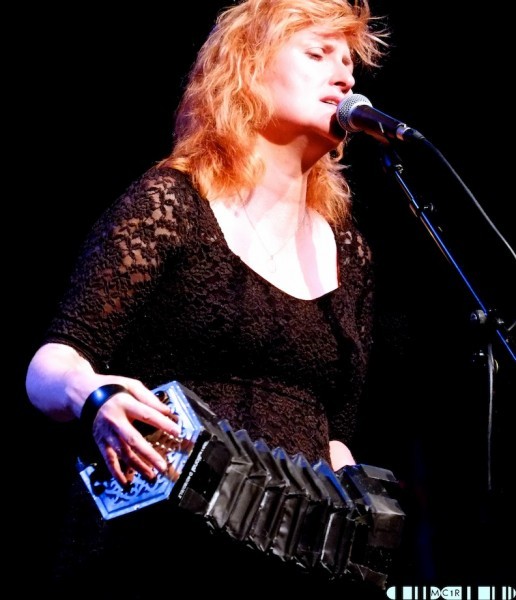 Although playing to a large audience, the set retained an intimate feel and Eddi had the crowd in fits of laughter at some points and in stunned silence at others. Although songs such as The Patience of Angels & Dragonflies are so magnificent and beautiful, Eddi manages to make every song so personal for the audience. 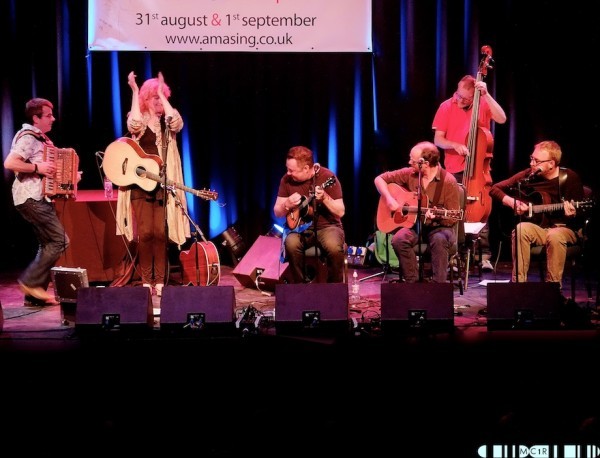 The banter between songs was in full flow, for example, before singing ‘Charlie is my Darling’ She introduced us to the song by telling us that she used to sing the song to her son, Charlie, until she found out ‘It’s all about how easy it is to make love to a lassie when wearing a Scottish Kilt’.
There were several songs played from the Robert Burns repertoire along with some songs from Eddi’s time with the band Fairground Attraction, much to the delight of the crowd.
For an artist who views voice as instrument this was a fantastic way to round up the very first AmaSing festival.
Acompanying Eddi was  Boo Hewerdine, Ian Carr, Kevin McGuire, John Douglas, Alan Kelly andfor one song only, her son Charlie.