When I arrived, a little belatedly, the torrential rain of the morning had subsided as the beer gods allowed the sun to shine on the Black Isle. 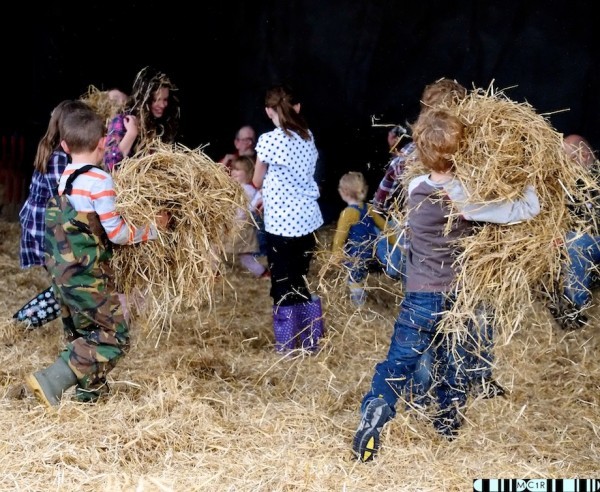 As with most festivals, experience of previous years leads to improvements in future years. The access to the site well signposted, if a little out of the way for public transport, and the car park was set in a spacious, recently cut, field. So recent that the bristling of the cut grass on the underside of my car ensured any dirt was removed. 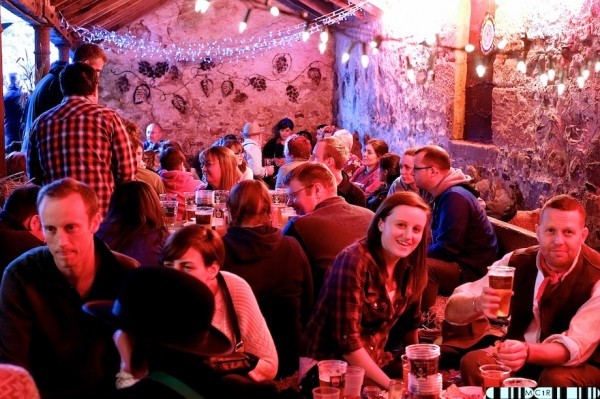 Once on site the layout was similar to that of last year. The acoustic stage had grown in stature with an improved position away from the bar in its own dedicated section of the farm buildings, with areas of hay bale seating on either side of the stage. The open central area served to draw in the ebb and flow of the outside crowd. The seating, however, did lead to large groups sitting in for the day, more to enjoy the beer and the social aspect, than any particular band. The same equally could be said of those that stood between the farm buildings and main stage in the open sided barn, who were enthusiastic in celebrating the beer side of the festival.

The sound from the main stage worked well within the barn but dissipated once it left  leaving some of the quieter acts difficult to hear even if you were within twenty metres of them, but just outside the barn. The festival caters for a range of ages with many young children in attendance, especially down at the front of the main stage in the early afternoon. 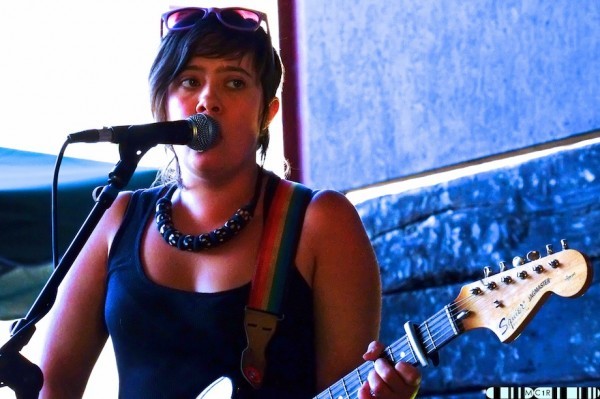 It was to the credit of the first act that I saw, Sara Bills and the Hasbeens, whose spiky, punk edged sound was able to entertain this wide audience. Sara’s commitment is unquestionable and today the farm air and the receptive audience gave the band a new lease of life. Red Ronson who followed are always a breath of fresh air, and their endearingly humourous opener grabbed attention. An almost radio edit version of the much undersold ‘Paper Statues’ and hope will be that future single ‘Salvador Dali’ paints a different picture on the charts. It was not only clear that they enjoyed playing, they also got to give out a birthday cake! 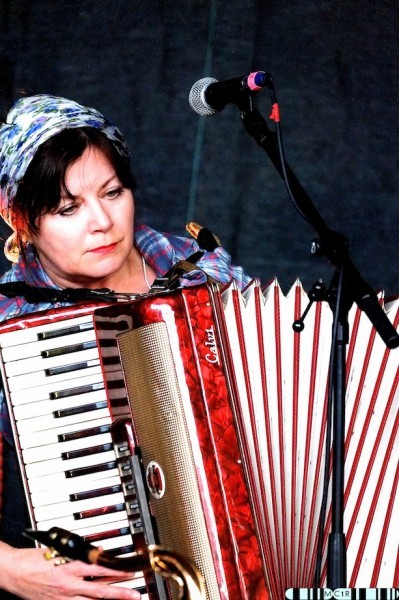 Dorec-a-belle were one of the aforementioned ‘quieter’ acts and a space in the barn was needed to hear them in all there glory. The warmth of the afternoon was more than matched with the sunny climes that the band’s music evokes. Accordionist Liza Mulholland sported the ‘land girl’ look which was the theme of this year’s festival. She was not alone in sporting her outfit, and Jocktoberfest must be one of the most successful festivals when it comes to getting people to dress in the theme of the event. At most other festivals you can never tell what the theme is, unless that is if it is a onesie.

From the quiet to the more raucous, and a band which brought a large crowd to the front of the stage; Stetsonhead. This is real heart pounding country rock, delivered with the intensity of an Alabama 3. Stetsonhead were a band, for many, that half an hour was just not long enough. 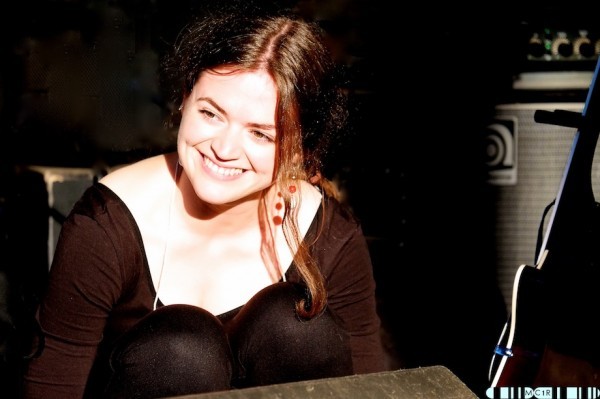 As the sun began to drop in the sky, the pace too dropped down a few notches with the introduction of Siobhan Wilson. Siobhan’s music demands to be listened to, it’s not unlike Rachel Sermanni but an edge more subtle. Siobhan primarily uses an electric guitar. In her hands it is played with grace, and not as a weapon. However, within the barn there was initially an incessant chatter which eventually subsided and was replaced with heads nodding along to her music as the appreciation grew. Maybe more suited to an old fashioned smoke filled jazz club, it was nonetheless a welcome addition to an eclectic line-up.

Be Like Pablo, who have graced many a festival stage this year, again up the pace with their cohesive nerdy punk pop. They certainly connected with the younger elements of the audience, and with each song sounding like a single, there is a real familiarity in their work. 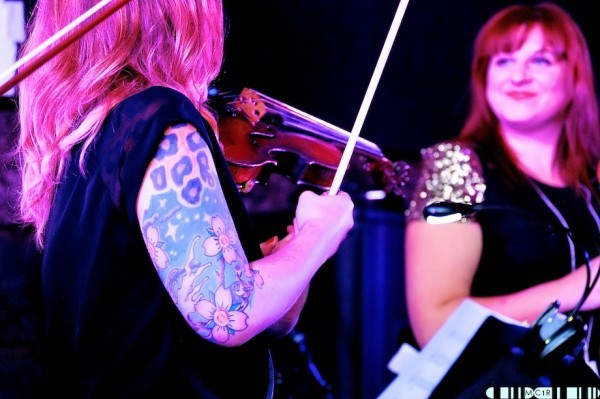 If Be Like Pablo were the nerds at school the next act The Cairn String Quartet were no doubt the group that went to band camp. But I remember this one time at band camp, sorry I mean Jocktoberfest, when a four piece came out and wrong footed an audience with their dramatic string arrangements prompting some impromptu dancing and leaving the crowd wanting more with an inspired arrangement of Franz Ferdinand’s ‘Take Me Out’ They left to high 5s from the audience. If this was at Belladrum people would be saying that it was a genius booking.

Casual Sex were next to take the stage with their trigger happy indie sound with a bit of lippy. There is a real swagger and confidence in the way that they walk on stage and that is also conveyed in the delivery of their almost glam stomp influenced songs. The reaction from the barn was somewhat muted in comparison with some of the earlier acts but an enthusiastic group at the front rallied those around them along. With many of the festival goers preferring the familiar, Casual Sex was maybe just a little too much for some. 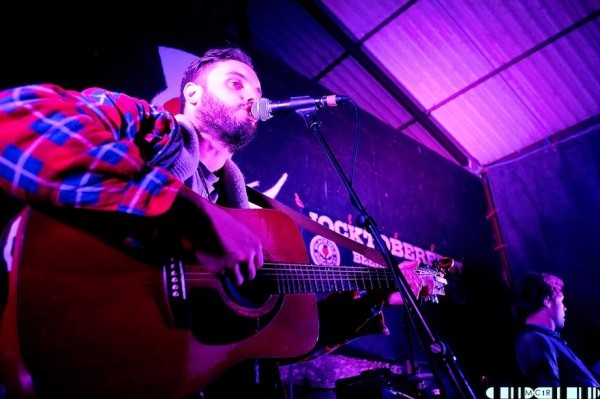 Woodenbox, who followed, turned the barn into a western bar room as their music struck a chord with many. It’s feel good, but not in a cheesy way. It’s music with a hint of anarchy, just enough to stir up a crowd. A crowd that could have done with a little more as the curtain down on what was an all too short a set. 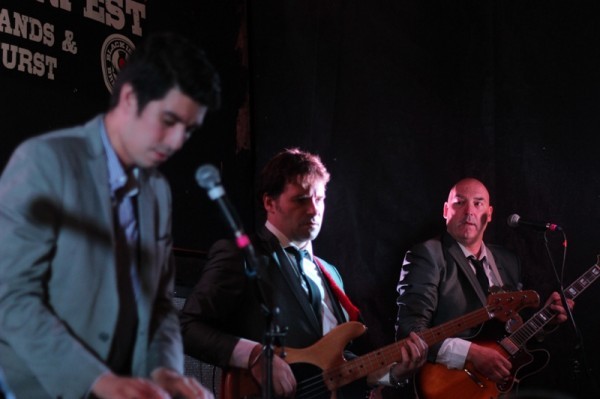 Key to whipping up the crowd was the compere, Netsounds’ Jamie MacDonald, who, with his moustache for the day, gave every act an introduction which would have stirred even the most disinterested. He needed to do little to introduce ‘The Leonard Jones Potential’ who had a jostling crowd grow in anticipation of the slickly outfitted band’s arrival. This was eight pieces of funk which got the barn a-movin’ and a-groovin’. Although I had to leave part way through the set, and I am led to believe that there was a later power outage, amongst the now familiar emerged future single ‘Babylon Baby’ which really showcased the strength of lead Michelle Newell’s vocal. It felt like I was leaving when the party was starting. 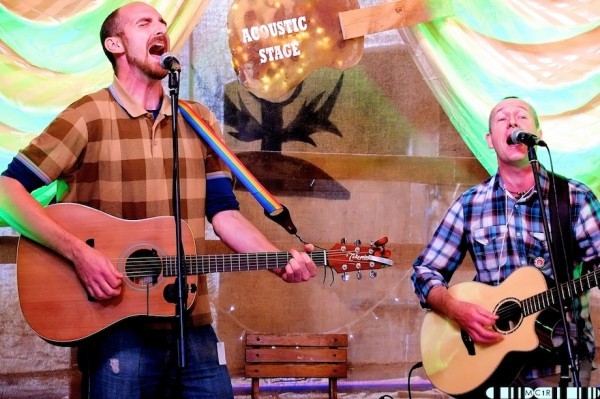 While all this had been going on acts had been taking to the stage between each set on the main stage ensuring a continuity of music throughout the day. Unfortunately it was beset by a number of call offs but more than able replacements were found, or volunteered, at short notice. My first act of the day there was Fergus Weir and Andy Duncan who took advantage of a lively crowd to deliver a range of songs including crowd pleasers such as Something Inside (so Strong) and Me and Julio Down By The Schoolyard. 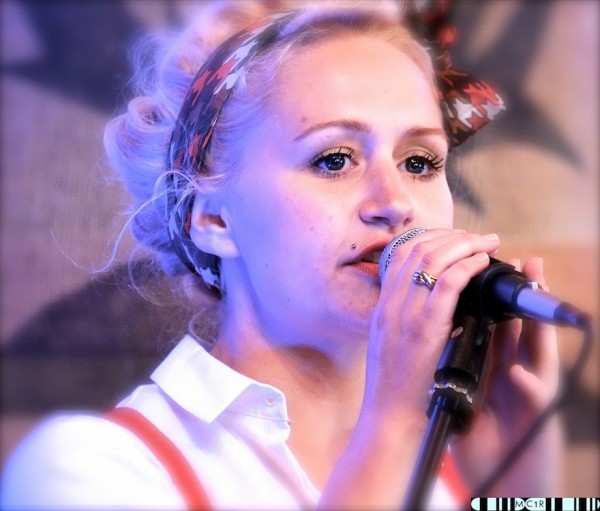 Covers were to be a feature of the acoustic stage as many of the acts read their audience and delivered what they wanted. Josephine Sillars took time away from her usual quirky set to squeeze in the classic ‘Feeling Good’ which was also an opportunity for Josephine to play with her vocal range. Ashley and Ben, of Ashley and the Cosmonauts (who had played earlier), were one act to fill in for an absentee, and struck a rich vein with some of their covers including Biffy’s Many of Horror. Sara Bills, this time minus the Hasbeens, also took an additional spot and gave a set which displayed a different side to her early set. And Emma Mitchell made her way to the site to fill in giving them a bit of Nancy Sinatra on the way. 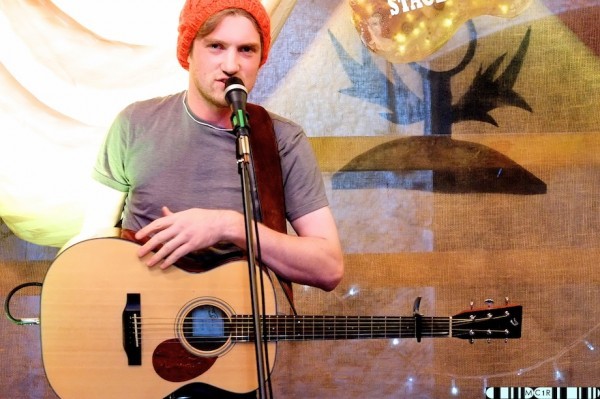 Before Emma was James Mackenzie who had opted for an earlier slot with an appearance at Mad Hatters ahead of him later. The rockier edges of his full band setup is reflected in his solo set, and the intensity a emotion is evident throughout. Final act on the acoustic stage was Dylan Tierney. Unfortunately Dylan was feeling unwell, and was only able to complete four songs, and the fourth after some prompting from a fan. Dylan puts everything into his performances but was clearly just not able to sustain it tonight. He looked so disappointed to be leaving the stage but young Dylan will have many more festival appearances ahead of him, that we can be certain off.

So that was the third Jocktoberfest. For me it was a one day festival it packed a lot in (next year I’ll leave the Friday open in my diary), but you were always able to see who you wanted due to the tight, but effective, programming. I may have just mentioned the music, but there was beer too, lots of it. Maybe I’ll write about that next year….

You can see more photos and coverage of Jocktoberfest 2013.

Swift Pint at the Brewery 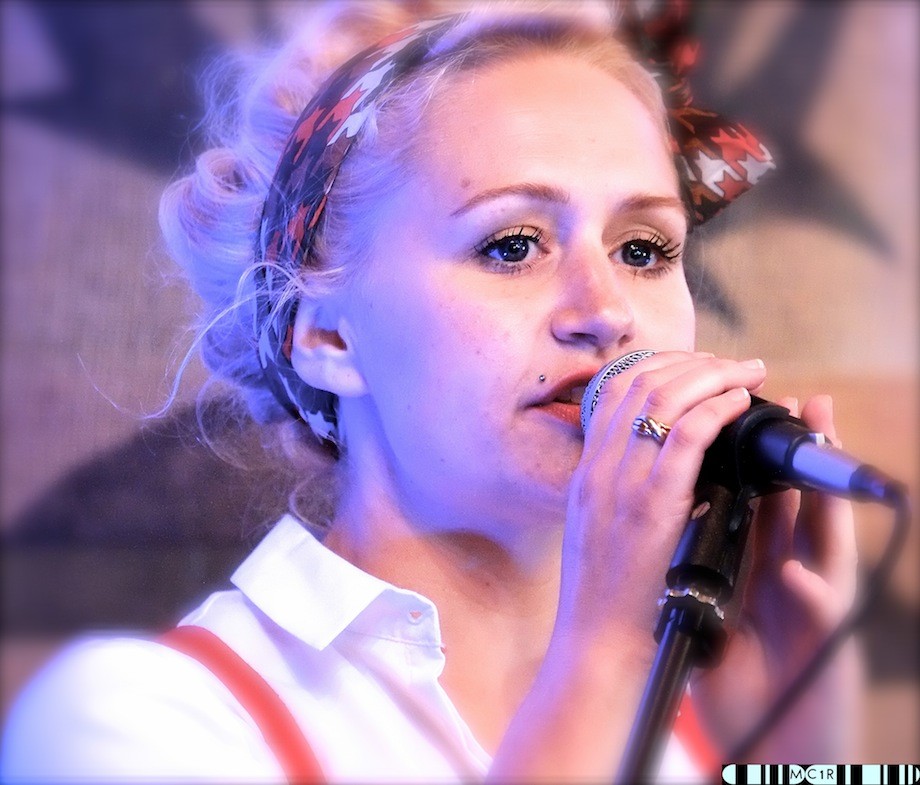 Folk at the Farm

The Rolling Dammed Roll On…..