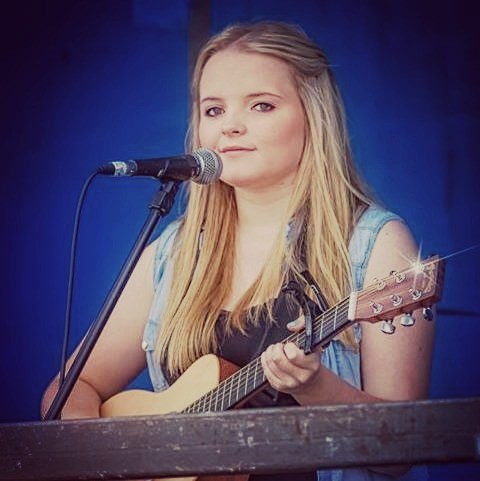 We speak to Eleanor Nicolson, the 15 year old singer song writer from the Isle of Lewis who has a precocious style about her, evidenced clearly in her forthcoming EP, ‘Stop Gravity’. We managed to catch a few words with Eleanor prior to her gig at the Ironworks supporting Emma’s Imagination on the 30th of  September 2013.

Eleanor, on her Facebook page, identifies liking predominantly singer-songwriters such as Nina Nesbitt and Ed Sheeran although her main influences are a bit closer to home ; ” I would probably say the local musicians, I am one of the youngest local musicians that does gigs and things like that, and not only have they influenced me, but they have helped me a lot with my music. ”

Indeed she has received some support in her writing from the likes of Colin Macleod (formerly known as The Boy who Trapped the Sun) and Willie Campbell. She clearly valued the opportunity “Writing with Colin and Willie was such a fantastic experience. I was very honoured that they wanted to work with me. I have learnt a lot from them, they are great musicians”.

Her forthcoming EP was recorded at Wee Studio Stornoway under the guidance of Keith Morrison, “He’s help me so much with my music and is so supportive.” The EP itself features 4 tracks; ‘Stop Gravity’, ‘Woozy’, ‘Social Interaction’ and ‘Confusion’ and will be out via digital download on the 16th of September. Eleanor noted “The feedback has been amazing so far, everyone is being really positive about it and I’m getting a lot of compliments.”

Her singing has not gone unnoticed, and she has recently announced that she will be supporting Emma’s Imagination on three dates in Stornoway, Ullapool and the aforementioned Inverness. “It feels amazing to be supporting someone as incredible as her!” she says of the opportunity, adding ” I’m looking so forward to the gigs. Its such a privilege to have been asked! I’m really looking forward to playing at the Ironworks too”.

Despite the EP release, the gigs and featuring in a blog post that was entitled Make This Girl Famous!, you get the feeling that her feet are well and truly on the ground. “I would love to do something with music as a career, but I’m still thinking about it. I am still in school so I have a lot to focus on as well as music.”

With a strong air of sensibleness, her short term plans are modest “Probably just a few more local gigs, I really enjoy doing them. Nothing else so far”.

‘ directly through the link as too, tickets for the Ironworks gig.