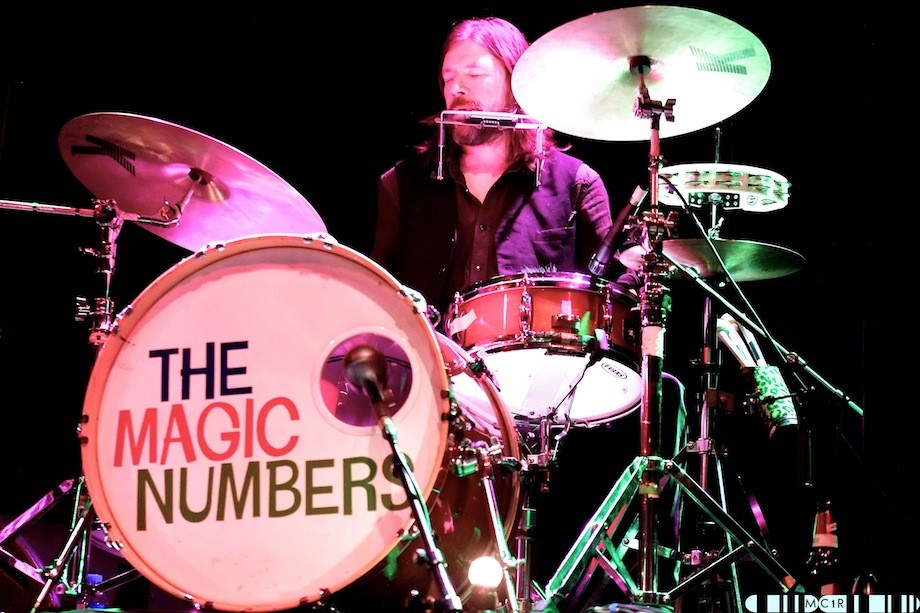 A review of The Magic Numbers at The Ironworks, Inverness on the 19th of September. 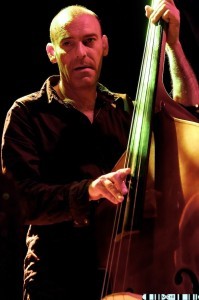 The Magic Numbers have been away for a while, but on Thursday night at the Ironworks they came back and reminded us why we all love them. Before they took to the stage and blew us away, we got to witness support in the form of Dorec a Belle and Goldheart Assembly.

Local band Dorec-a-belle immediately kicked in with their funky uptempo numbers, featuring an array of musical instruments. The blend of their harmonising all female vocals and irresistibly catchy songs made me want to ditch the formulation seating and start dancing. With their Cello-player Imke away on holiday, we were treated to Robin Abbot, who can be found in pretty much every Inverness band (it would seem), playing double bass.

“Listen” and “Don’t Give Up” were my personal highlights from the set, showing they have an edgy side to their well trained sound. See a recording of “Antonia” from the night.

Goldheart Assembly, normally a five strong lineup, came with only two of the members – however, this didn’t deter them from playing a standout set. 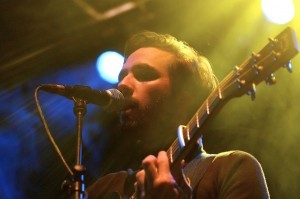 There was never a dull moment from when they walked on stage, providing sensational songs and allowing their cheeky personalities to shine through in between songs. There were times it felt like we were witnessing an improvised (although they did claim it was all scripted…) comedy show with the added bonus of good music.

Many of the songs felt like they would fit perfectly in a movie when the main protagonist was falling in love. Every song seemed to win the crowd over a little more, building up to their “massive hit”, “King Of The Road” which has received some radio airtime. Music to fall in love to and if one thing’s for sure, I certainly fell for their music.

By this point we were all truly prepared for the spectacle that is The Magic Numbers, who opted to do an acoustic tour. A decision which worked perfectly for them as it beautifully complements their songs, and flaunts their musical abilities. 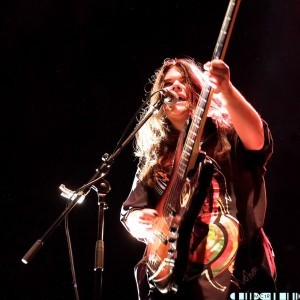 The crowd hung on to every word sung and every chord played, waiting patiently for the band to complete every song before erupting into applause. It didn’t take long until the sing-a-long’s were in full swing with people rising to their feet and singing at full pelt to the wonderful “Forever Lost.”

They played an eclectic mix from all three of their current studio albums. Offering up “I See You, You See Me” and “Long Legs” from their self titled album. “The Sound of Something”, “The Pulse” and “Throwing My Heart Away” from Runaway and “You Never Had It” and “Take A Chance” from Those The Brokes.

Having just finished recording their fourth album they delved into three new tracks, “Roy Orbison”, “Out On The Streets” and “Accidental Song”. All three songs sounding as strong as their previous work and sounded truly special in the acoustic format.

If one thing was abundantly clear from their set, it’s that they’re not short of talent. Not only did three quarters of them take turns singing lead vocals (all equally 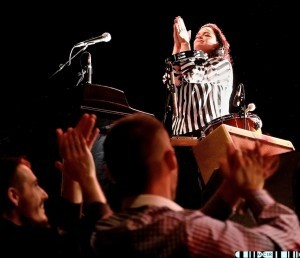 as powerful as the next), but they had almost every instrument you could dream up somewhere on the stage.

This was never going to be the end of the night, however. With many people still hovering down the front, and many rowdy cries for more. They returned to the stage to play a truly captivating cover of Neil Young’s “Harvest Moon” – receiving a truly euphoric reaction and leaving them all with beaming smiles on their faces.

You can see more photographs of The Magic Numbers, Goldheart Assembly and Dorec-a-belle from the night.

Photos are by Roddy MacKenzie.