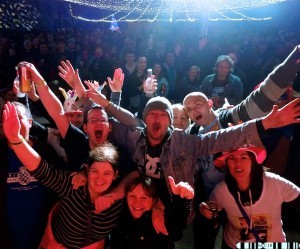 It’s been said before but I’ll say it again – a festival at the end of September in the north west of Scotland? It really shouldn’t work, but it does, and wonderfully well. A small site with a large beer tent hosting between 2 and 3 thousand revellers with more happy drunks per head of population than any national average anywhere makes for a belter of an end of festival season finale.

Sure it’s windy, but it’s a warm wind and men in kilts who couldn’t make it to the toilet soon figured out it was howlin’ in from the sub-tropical south. Sure it was showery but damn it, skin is waterproof, so bring-it-on. Initially it felt a wee bit claustrophobic – probably that’s more to do with the temporary fencing that stops well oiled veteran festival goers piling out the main tent and straight down for a paddle in Loch Broom – and as we know, oil and water doesn’t mix. The Stornoway ferry ploughed its predictable course but we really didn’t want a visit from the in-shore lifeboat crew. 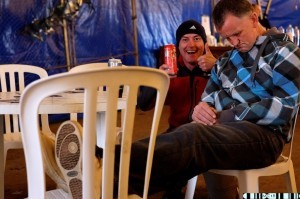 Great food, great music, lashings of beer, security and police in fine spirits (although the policeman who was interviewed was only 29 days 6 hours and 25 minutes from retirement), these are the perfect ingredients cooked to damn near perfection. And did I mention the fringe events in some of the towns’ finest pubs? If you’ve ever wondered about Loopallu – get a tent and head north next autumn – it’s well worth the trip. 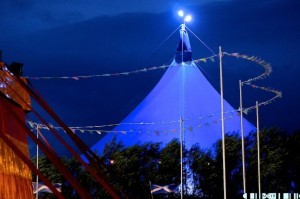 More on Loopallu 2013 coming very soon. We would love to read your opinion of the festival below. 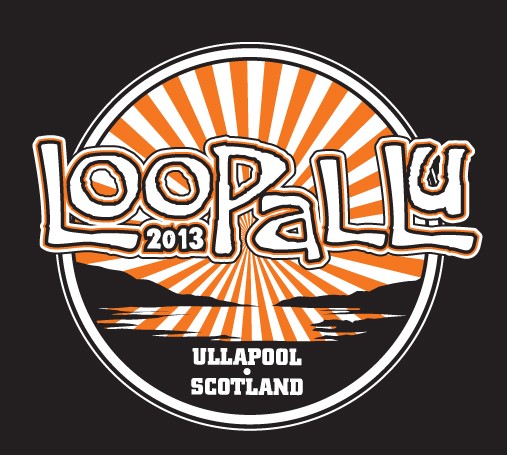