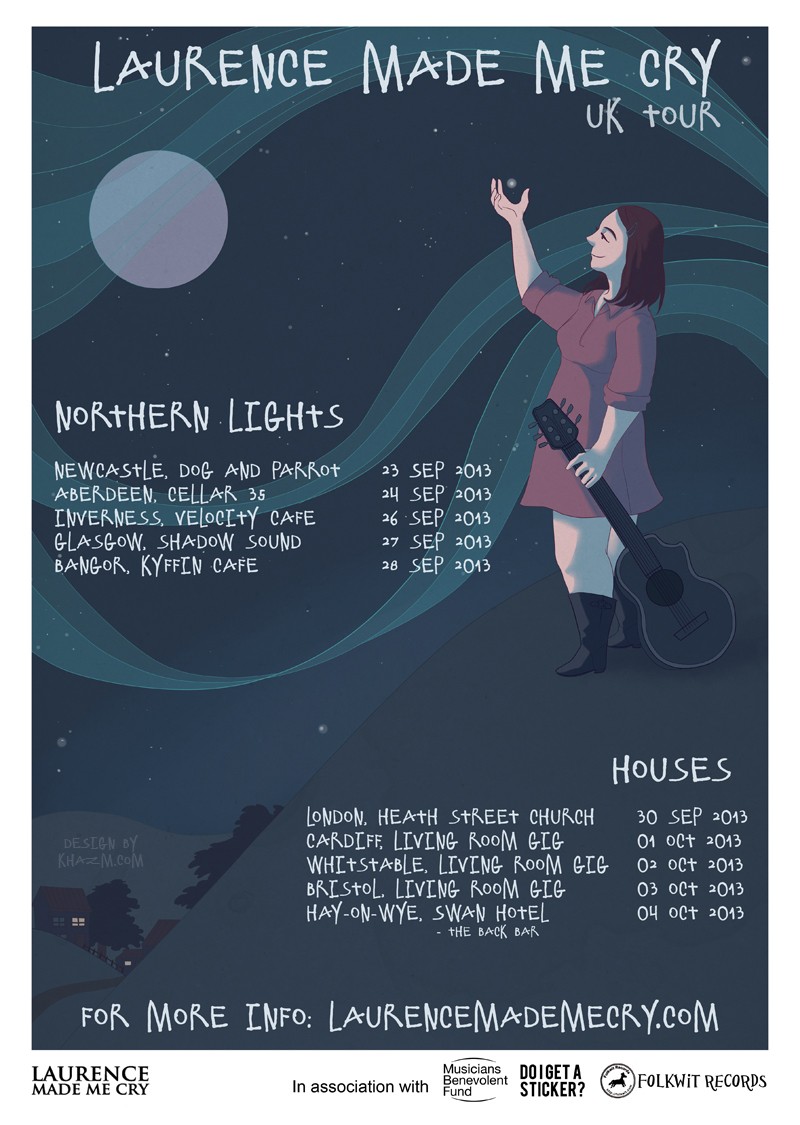 Welsh Music Prize nominee Laurence Made Me Cry is playing a free show in Inverness on 26th of September at Velocity Cafe. 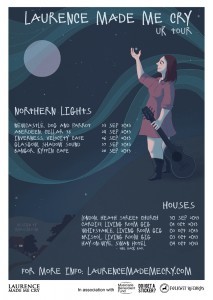 Laurence Made Me Cry, the moniker of Cardiff based lo-fi folk/electronica songstress Jo Whitby, is heading out on a UK tour to promote her debut album ‘The Diary of Me

’ having received the Musicians Benevolent Fund ‘Emerging Excellence Award’ earlier this year. She also has a digital double A side single featuring the songs ‘Houses’ and ‘The Cunning Folk’ which is out via Folkwit Records now.

Whitby’s use of folk and rock roots combined with electronic instruments and organic sounds spawn a myriad of landscapes and pictures for listeners’ imagination to delve into. In 2011 she released ‘The Rain Song EP’ which gained instant airplay on BBC and local radio.

Jo has supported the likes of Erin Lang, Rachel Sermanni and Meursault as well as gaining a slot at this year’s Green Man Festival on the new Rising Stage. Her debut album ‘The Diary Of Me’, a collaborative record made possible by a successful crowd-funding project, was released in March 2013.

All this points to what could be a feather in Velocity’s cap as they build on their reputation as a live venue along with being a rather fine cafe and bike workshop! Whitby writes atmospheric folk music with a hint of the psychedelic that could make for a very chilled out evening at Velocity on Thursday.

Keep up to date with Laurence Made Me cry – Website.