The festival opened in fine style with the Ullapool Pipe Band leading the crowd from the gates to the main arena. The skirlskirl bops ‘n’ boos of the pipe band faded and the few hundred who had resisted the beer and crepes en route gave a very warm welcome to the opening act. 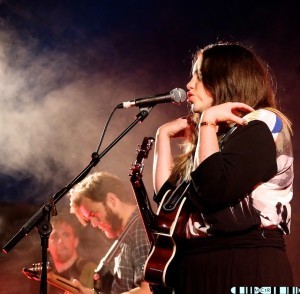 Blood Relatives have a very full sound but they are not afraid to leave spaces populated only by bass drums and voice – it’s an arrangement that works well. Of course they were previously known as Kitty and the Lion but have had a change in line-up and instruments having abandoned their folk sensibilities for a more rocky-pop sound. Some catchy tunes, Real Hip among them and Dear Heart from the soon to be released album of the same name had the crowd paying attention and swaying gently if not yet in a dancing mood (and still resisting the beer and crepes).

Prides seemed strangely familiar – probably because two of the three-piece had just left the stage having played with Blood Relatives. The keyboard player and (Jack Whitehall looky-likey) guitarist were joined by a different drummer, but their wardrobe didn’t extend to a costume change. Musically they were quite different – a very pleasing funky and full-bloodied electro-rock combo they were loud and pacey and maybe should have been scheduled to play later. Comprising two keyboards (with some guitar thrown in) and fine vocal performances; their full sound really filled the tent. With both bands releasing new material something has to give: blood thicker than water or pride before a fall? – time will tell.

Meanwhile in the beer tent, the festival provided entertainment between the acts in the main arena, day one saw the mighty Rhythm n reel – the creme de la croft – keep the customers satisfied throughout the day.

Because your worth it

Kassidy – Effortlessly glamorous and brilliantly poptastic they predictably draw the first really big crowd of the event. They seemed to 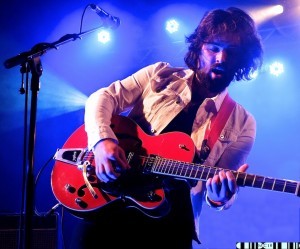 have upped a gear or two since their recent AmaSing outing, their big hits seemed even bigger and had the crowd singing, dancing and squealing with delight. But, listening to the crowd chatter, I can tell you that that Lana Del Ray character who has kidnapped Barry has few friends over here.

Roddy Hart is recognised as a very fine song-writer (maybe even a song-writers writer) and that class won through and by the end the crowd were listening carefully and really appreciating the craft. Roddy Hart has a voice that is a kind of mix between Lloyd Cole and Mike Scott and it was particularly pleasing. I couldn’t help thinking that they thought they were in a plush concert hall rather than a big festival tent – and to be honest, maybe that is a better arena to truly appreciate them.draw the first really big crowd of the event. They seemed to have upped a gear or two since their recent AmaSing outing, their big hits seemed even bigger and had the crowd singing, dancing and squealing with delight. We move swiftly on from the glamorous to the uber-cool Roddy Hart and the Lonesome Fire. They have clearly put a lot of thought into stage presence and looked, well, fantastic – but serious. They played serious songs in a serious manner to a crowd who were, in the beginning, taking it all a bit less seriously. 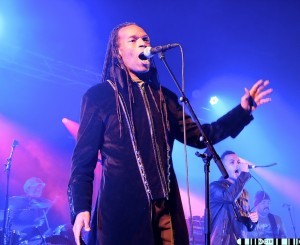 The Beat – brilliant. An already big crowd was soon reinforced as the word spread through the site that Ranking Rodger and Ranking Rodger Junior had the tent fired up with very few people managing to stand still from the off. It was one of those generation busters appealing to one and all and there was that ‘I had no idea I knew so many of their songs’ response that you get with bands like this. Ranking & Son used the whole stage to great effect from start to finish with one of the most energetic and watchable performances of the festival season. 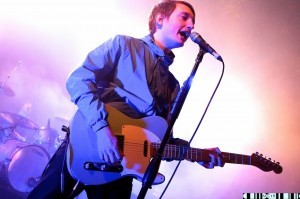 Now if the Gallagher Brothers were to cover the very punkiest of Jam songs with the volume turned way up to 12, then it would sound like The Enemy. They do have a clear lineage without being too derivative and had a fabulous response from a full tent. By the end of the set there was even time for some community singing – I had no idea so many folk knew the words to their songs. Guitar, bass and drums with a twin vocal assault – a great way to end the first day. 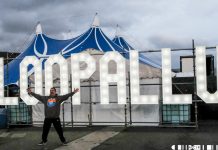 GUN, Idlewild and more announced for ‘the last’ Loopallu