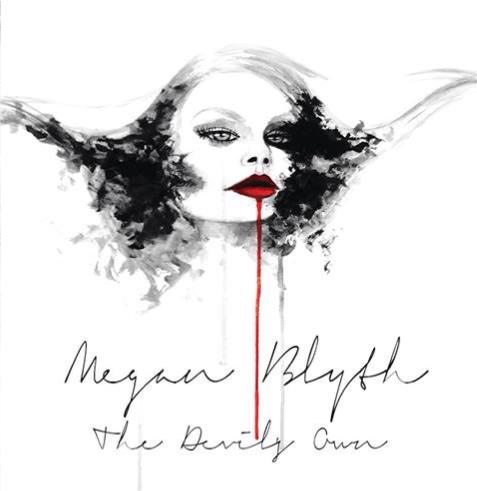 The Devil’s Own is the second EP release from Megan Blyth following in the footsteps her self-titled 2012 issue. 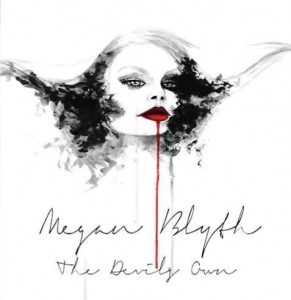 With her debut hinting at the darker side to her songwriting and delivery, the forthcoming EP makes good on that early promise. Title track ‘The Devil’s Own’, although treading familiar songwriting territory in it’s conception, is a quite complex affair. This for an opener is relatively stripped back, with Megan’s vocal showcased against the rhythmic chiming of her guitar. It is the vocal that stands out, and stands up to scrutiny, as it produces a real earthy hint of huskiness at the lower end of the range, and at the upper end there is real restraint in not overplaying the familiar notes that Megan reaches for and holds. Interwoven is a tale which holds the listener, and which sits atmospherically with Megan’s vocal .

The atmosphere, and resonance, of the opener continues in ‘Anna’ where Megan is accompanied by a stark piano adding to the rawness of the song. Again, Megan’s voice moves through the song with great maturity belying her still young years. It takes you along on the journey conveying both emotion and a bitter edge, as the accompaniment ramps up in its latter stages. This is music for the discerning listener, and at nearly six minutes in length may struggle to find appreciation before a pub venue audience, but then again, Megan is no pub singer. For the more receptive audience, in most likely a seated environment, this will receive it’s full recognition.

The EP is rounded off with ‘Ashes’ which also basks in atmosphere. The shortest of the three songs on offer, it also build slowly, without the same intensity of the first two tracks, but again gives Megan again ample opportunity to play with her vocal, and is cleverly extinguished to bring the EP to a close. If anything it puts a seal on Megan’s musical direction, setting out a clear path ahead, one with well constructed and thought out songs. Dark, yes, but with a very silver lining.

The production on the EP was by Chem 19 in Blantyre, Glasgow but continuity from her first EP was there in the form of Iain McLaughlin who mastered the tracks. Their work points the listener towards Megan’s strengths and ability to convey a story. Picking and choosing the right material to release can always be a conundrum to many, but here Megan has picked out three tracks which display her maturing abilities as an artist.

Keep track of Megan’s Facebook page for up to date listings, and you can catch a recent live recording of on of the tracks off the EP.