A review of We Came From The North, Iain Mclaughlin and the Outsiders and Shutter from 11th October at the Ironworks. 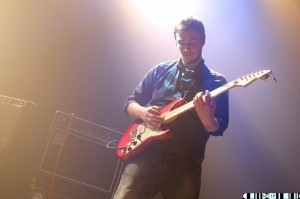 Setting the tone for evening, We Came From The North were first on stage and immediately kicked into their instrumental post rock sound. Their continuous switching between beautiful melodic moments and the sudden onslaught of rock masterpieces kept everyone firmly on their toes and engaged.

For a purely instrumental outfit, they have the talent and passion to hold the crowd’s attention for the whole of their set. There is no doubt about it, these boys are talented and their beautiful but surprisingly heavy style is already causing quite a stir. Head over to their Bandcamp page to download their demos. 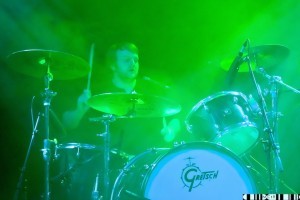 The second Iain Mclaughlin and the Outsiders took to the stage everyone was drawn in. The atmosphere this band create is phenomenal, from their tight musicianship to the deep, evocative lyrics. Combined with this, Iain’s strong vocals add something special and you can feel the emotion behind his words. The effort they put into each song is obvious, their passion for their music only makes them even more appealing.

Highlights from their set included “Remedy” and crowd favourite “Someone For Everyone”. The set was worthy of a headline slot, bringing back memories of their 2012 Winter Showcase and the and the album release for WeAreAllOutsiders

,  it’s obvious that many people are keen to see them return to this role . 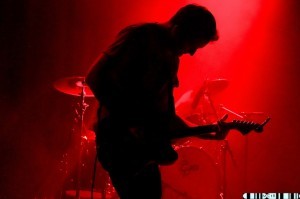 Shutter have been around for nearly ten years (give or take a break or two) and have grown a following of loyal fans in this time. Having not seen them in over five years, it would be fair to say my appreciation for their music has grown massively. I now understand what they’re doing, and there was something almost revolutionary about their set. Their powerful instrumental sound and changing tempos commanded everyone’s attention – they manage to do this without words. That’s a talent. 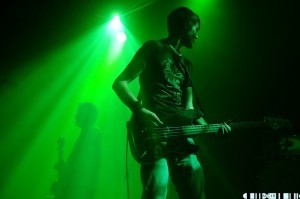 Through their music they convey hundreds of different emotions and shower us in the beauty of music. It’s almost impossible to not completely lose yourself in their world when you hear them play. Even the lighting portrayed that they’re making music for the love of music, nothing else. For the majority of the set we could barely see the band, focussing your attention directly on to the sound they were creating. This was in no way a flaw, if anything it made the set even more of a spectacle.

In that moment it felt like everyone in the room were all part of something special. An atmosphere that is truly difficult for so many other bands to recreate.