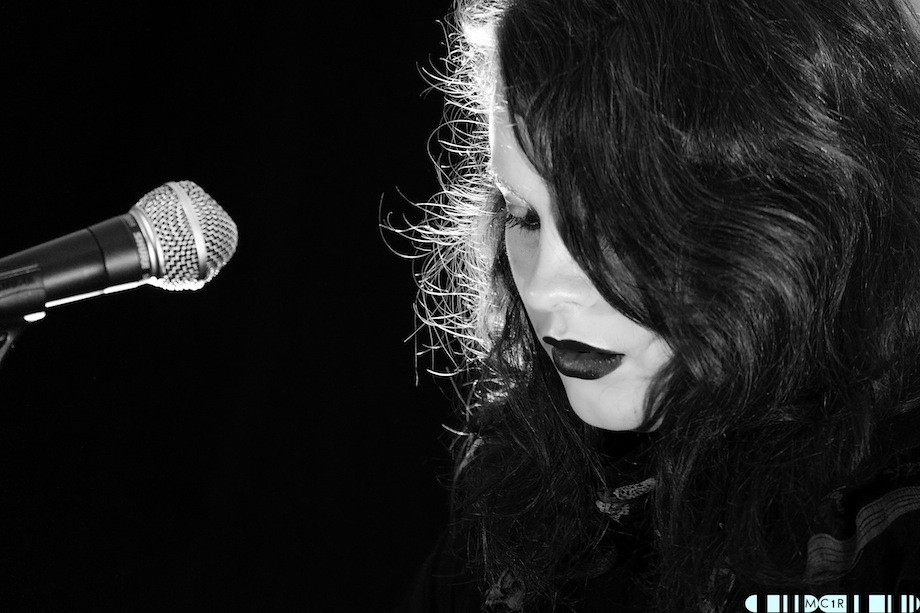 Megan Blyth has become well established in the Inverness music scene. Tonight saw her launch her EP “The Devil’s Own” (see review) with an intimate gig at the Ironworks, with support from Dr. Wook and Iain McLaughlin.

After a small introduction from the chaps at Netsounds Unsigned, Dr. Wook kicked the night off. His voice could melt anyone’s heart, when he sings it’s impossible to draw yourself away. Every word feels heartfelt and his incredibly moving music along with it is truly something special.

His set included covers of New Order’s “Love Vigilantes” and Kylie Minogue’s “Hand On Your Heart”. Both of which were like you’ve never heard them before. He made them his own and they were perfect.

Confessing he doesn’t have time to name his songs, he named one “Fred” on the spot, and it was one of the most impossibly beautiful songs I’ve heard in a long time. Pearl Jam-esque in many respects, a style that many attempt – generally not as successfully as this, however. An incredible start to the evening.

Iain McLaughlin took to the stage, without the rest of his band, to play a stripped back acoustic set. This format truly showcases not only how strong his vocals are, but it also allows the strength of his lyics to shine through.

“Don’t Look Behind You” works particularly well stripped back – making it more haunting than normal, and a very poignant moment in the set. This is echoed in other favourites, “The Light” and “Someone For Everyone”.

It took a lot of strength for me not to shed a tear during his performance of “Breathe”. The song is hugely emotional in it’s original format, this adaption only heightened this. Truly beautiful.

Remembering why we were all there, Megan Blyth took her place in the spotlight and proceeded to, once again, impress us all with her sensational vocals.

During her songs she appeared to remain calm, unphased and completely focused. In between songs however, she couldn’t help but let her warm personality shine through – completely overwhelmed by the support.

Her set included songs from her previous EP, such as “Broken Rules” and “Fading Away”; and from her new EP – “Ashes”, “Anna” and title track “The Devil’s Own”.

As it was her night, she was able to relax a little more than normal. She performed an incredible cover of The White Stripes “The Denial Twist”, which is notably more upbeat than most of the other songs in the set. She also did a beautiful cover of Bonnie Raitt’s “Angel From Montgomery” which she dedicated to her Mum.

A quick glance around the room and it became clear that everyone was captivated. There’s no denying that Megan has talent, her passion for her music emanates from every word, and every chord. The girl has an incredible gift, and a very, very bright future ahead of her.