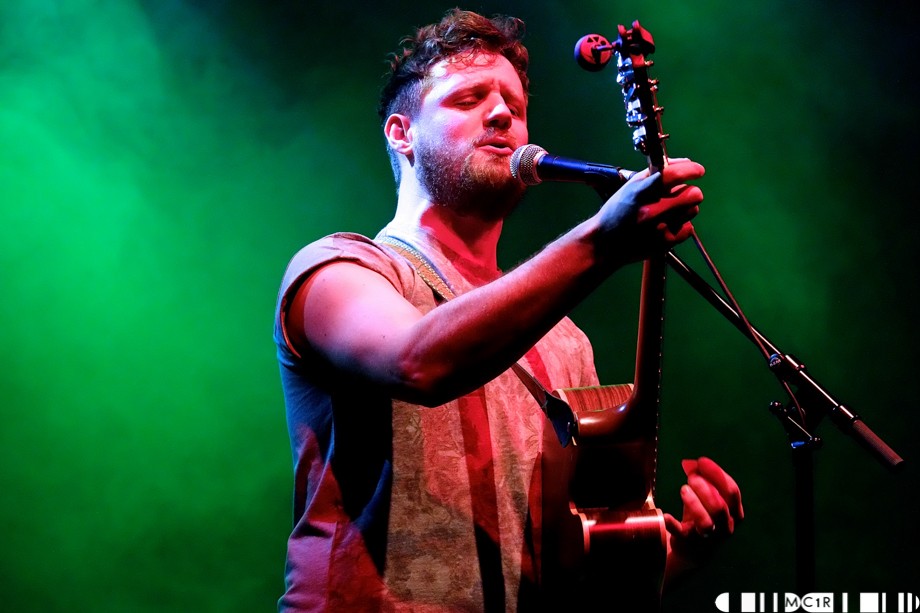 The Winter Showcase is a tightly run eight act card over two stages; four on the main stage and four on a lower level stage beside the stairs. With duties split I was tasked with casting an eye over the main stage acts of the night. With varying styles and levels of stage experience it was always going to be an evening to look forward to. 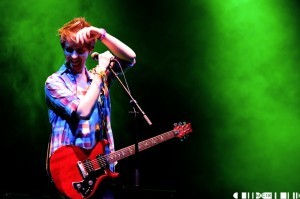 First act on the main stage were AMITY, a new band playing only their second gig, and fronted by City in Surveillance’s Aly Mackintosh. They struck up stateside indie rock from the off. With an admitted lack of material they split their set evenly between their own materials and covers. To a certain extent banter between songs also helped them draw their set out to the allotted half hour.

The covers certainly connected with their group of followers. ‘The Downfall of Us All’ threatened to overpower the band, and ‘Weightless’ brought an air of expectation. Their cover of Blink 182’s ‘Dammit’ pleased the most, especially as Aly spotted his sisters dancing frenetically to it! Overall, the performance went down well. Sure, there was a fair bit of goofing around on stage, I’ve not seen a band take a pizza break before, but, hey, they were having fun. Is that not what being young is all about?

Aly, who doesn’t have a grey hair on his head, is surrounded by a youthful bunch of 15 and 16 year olds, and at times they do sound a bit like a school band, but one with a high degree of confidence, and no shortage of individual talent. I suspect over the coming months that we will hear a lot more from these guys. 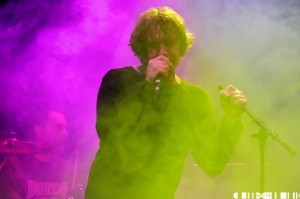 Rabbit Punch were a new name to me, and I knew little of what to expect. It didn’t take long to realise that this would be in your face rock, the guitarist’s Black Sabbath t-shirt should have given that away, with influences loaded from 70s and 80s metal. There was a more modern delivery, and I could not help but notice a touch of Swamp Radio about the guys.

A little nervousness was spotted, mainly between songs, an element of that uncomfortable silence after the applause dies off and the next song is set up, but this diminished as the set went on, on they grew into themselves. The highlights for me were the wonderful guitar solos that were interspersed through their set, but the lack of a second guitarist left the solos feeling somewhat isolated. The band possess a strong vocal in Scott MacBain which really kicked in, especially in the ferocious ‘Kill For The Money’. These guys have a platform to build from, and must surely have picked up a few new followers tonight.

Love Civilian is James Mackenzie’s new band. A transformation has been happening over the last year and it is now complete with the rebadging of the new name (see our recent interview with James). Tonight they were a 3 piece, as opposed to their full 5 piece set up. Running at 60% a re-energised James gave a top up to the power to bring the band to life. 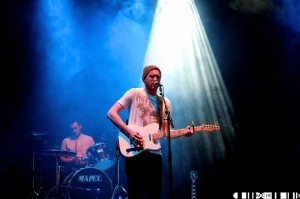 It may be a new name but a lot of the old favourites including ‘Lifeline’, ‘Cap To Wear’ and ‘Pause Your Life’ were there, but we were also treated to a new song ‘straight out of the bag’ as James put it. It pointed towards a more direct rock tinged sound, but with a clarion call of ‘Champions’ to bring it to a tumultuous conclusion. James’s time in Glasgow has done him no harm and his collaboration with Chris Gorman has brought not only a new lease of life, but also a positivity in the direction in which he is now travelling. He really is pushing the boat out.

Final act of the night were Searching For Donkeys. The journey over the last year and a bit for the Donkeys has been quite incredible. First making their name as, effectively, the house band at the Eagle, where their enthusiasm could never be faulted they produced a string of songs which, although original, took time to win me over. 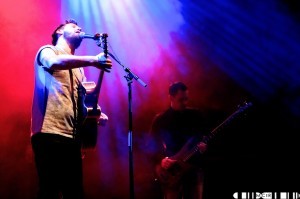 The focus of the band was always frontman Graham Gilchrist and his left handed machine gun guitar style. Wing men Colin and Gordon would at times look a little timid in sharing the limelight. Roll on twelve months, and what a difference. The main stage at the Ironworks and they were bossing it. Graham still leads from the front, but the songs have so much depth and feeling to them; very much in Difford and Tilbrook vein with ‘Kitty’s Favour’ being a good example.

Gordon’s backing vocals have also developed over time too, and the band as a whole have a confident belief in their own abilities, with Colin and Barry driving the band forward.They left the crowd wanting more, and ‘Weather Girl’ was a fine set ender to leave everyone moving to the exit with a smile on their faces.

Next stop for the Donkeys is Stonehaven as support for Simple Minds; a well deserved and fitting end to a year of hard work.