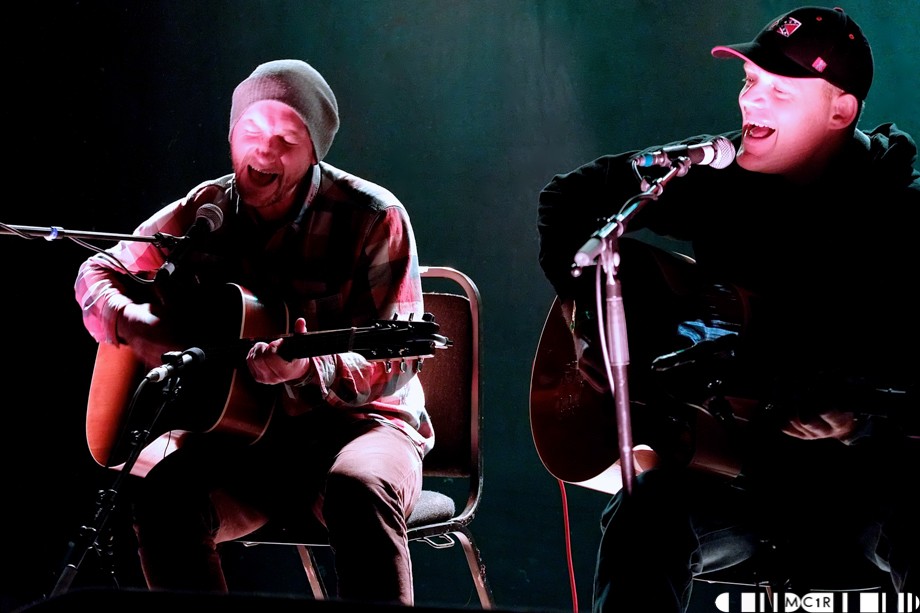 Throughout the year, showcases of the best local music are held at the Ironworks in Inverness. This year was no different, and the Winter Showcase brought some extremely diverse music once again. 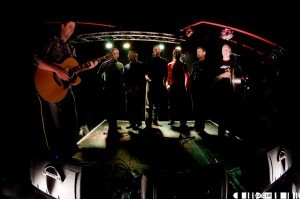 First act on the acoustic stage were a group unlike anything to grace the Ironworks Showcase before. Prior to the gig we knew little of what to expect apart from Trosg being Gaelic for “A marine fish of the family Gadidae”, T-shirts bearing fish and the group’s name confirmed the interpretation but not the relevance. Trosg in atuaity is a 7 piece male vocal group and an off shoot from the Inverness Gaelic choir.

The band opened the evening with a set of traditional Gaelic songs, assisted by guitars, a whistle and an accordion. The combined voices of these men was quite astounding, sweet and soulful. I’m sure if I could understand what they were saying, the words would be as beautiful as they sound.

A Gaelic version of the already beautiful  “Down To The River To Pray” missed none of the emotion of the original song and was a powerful way to showcase the choir’s talents. Trosg finished with “Silent Night” giving the set, and evening, a particularly festive start.

Dr Wook (aka Kris Douglas from The Whiskys) has recently been making a name for himself solo, playing both Hootananny and Strathpeffer Pavilion recently.

He started his set with a track “Down the Line”, on a banjo guitar, and changing between several instruments. Throughout the set he showed off his musical and vocal talent, and without the support of a band, the space was his to fill.

Finishing with his song, “Grace Below”, available here. It’s a beautiful song that layers up towards the end, however on this occasion with a technical issue Dr. Wook shakes off the problem with good humor later reflecting on face book “it was heaps of fun playing for you guys even with my German techno loop pedal fuck up at the end;)”.  We anticipate that it won’t be long until his music stands alone and that the need for the “aka” will become redundant, such is the diversity between his different acts. 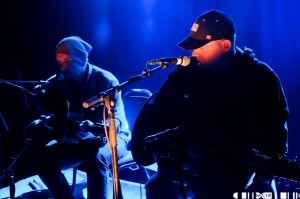 Willie & Tabs Macaskill were the next act opening with a song called “Telephone” and played their set, creating a melancholy atmosphere that was hauntingly beautiful. Without a band they still managed to create a very full sound, vocally reminding me of Band Of Horses. Not one to shy away from covers, that on paper perhaps shouldn’t work, their cover of “Teenage Dirtbag” created a significantly more intense perspective of the indie-pop anthem.

A return to their own material for set-ender “No Hallelujahs”,  left us determined to hear more from the brothers in 2014.

Meeshelle closed the stage, along with back up from guitar and percussion. Extremely catching choruses and incredible vocals, though they were occasional drowned out by the piecing noise of the congas. Though the bongos and the congas were very well played, the later seemed a lot smoother and more apt to the style of music. 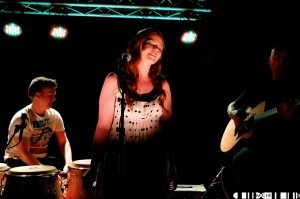 Their was an air of distraction in the audience although we suspect that this was related to other factors and certainly not Meeshelle’s musical ability. Those that chose to focus on the music did find themselves treated to Meeshelle’s luscious vocals, which was especially evident in her single release earlier this year, “Take The Time”. It is anticipated that new material will released in 2014 which promises much for Meeshelle, we hope that 2014 gives her the opportunity to fulfill her obvious potential.

Click for a review of the main stage at the Winter Ironworks Showcase and for more photographs of the night.