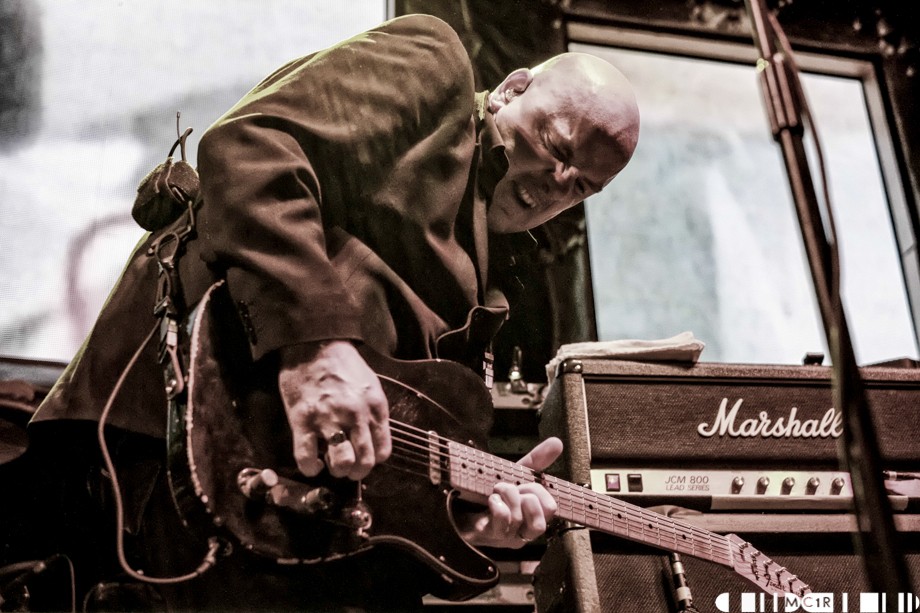 Tonight’s show started with Nine Below Zero. Stalwarts of the RnB scene when RnB was low down and dirty rather than the modern glossy pop. Now in their 35th year and suitably attired in sharp suits and shades, they rocked from the get go sprinkling a couple of covers, Canned Heat’s “On The Road Again” and George Thorogood’s “Madison Blues” amongst songs from their extensive back catalogue.

The audience, many of whom, being older rockers took NBZ to their hearts and bopped from first to last. This was a far cry from the Strangler’s old days when they used to book the worst possible support bands for their tours. NBZ are touring for the remainder of forever and relentlessly slog their way around the circuit at gigs small and large.

40 years on and The Stranglers are celebrating with a month long tour of the UK tour starting tonight in Inverness. The remaining Scottish shows are in Dunfermline and Glasgow. Their next foray north is to T in the Park in July.

I’m tempted to do a fan girl review and just say the best punk band ever can still bring the house down and helped me re-live my yoof from the Glasgow Apollo when even Hugh Cornwell was still in the band. Changed days now – JJ, no longer the skinny kid in leather, still skulks around the stage often on one crazed leg.

The “new” singer, Baz Warne has been a band member for 14 years and admirably takes up the space Cornwell left behind. Founder member, Dave Greenfield on keyboards and vocals/vocoder poured out his Doors influenced riffs throughout the two hour set. 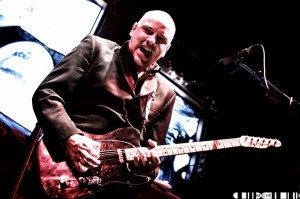 The stage was towered over by 4 large video screens, which showed a variety of clips and photos according to the song – memorable to some will be the fan’s own photos that The Stranglers have used after a request on their website – though there were also clips from Norfolk coast, messages about child poverty, psychedelic images and, of course, footage from the infamous strip show that was Nice’n’Sleazy’s video. Most harrowing was the footage during the anti-war song “North Winds Blowing” – war and burns victims, young and old, made painful and uncomfortable viewing.

One of the main questions around the audience was whether Jet Black would manage to play. Ill-health, ironically a heart problem has meant the human drum machine has to limit his travelling and appearances. Tonight he played for the final third of the show, his younger substitute ably filling his shoes in the interim.

Unsurprisingly, given the Ruby celebration, The Stranglers aimed to play “at least” one song from each of their albums. It was equally no surprise that the first three classic albums had more than a few lifted from each – Peaches, London Lady, Tank, No More Heroes and more all made an appearance and made this made this old punk’s night.

Was it just me who would have preferred a lengthier focus on those first few records? I suspect not, however, it won’t be me who tells the skinny kid in leather – he’s boxed enough journalists’ lugs!

Photographs of The Stranglers and Nine Below Zero.