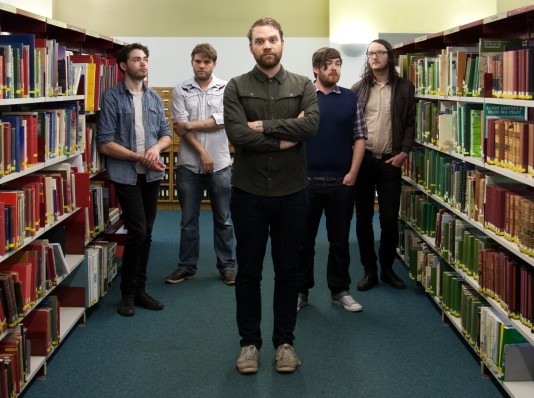 In addition to the announcement of Tom Jones and Razorlight as Belladrum 2014 headliners, additional acts have been included in the first line-up for this year’s festival.

First off is a Scottish festival exclusive in Frightened Rabbit, described as having “a rare instinct for widescreen, dramatic indie rock which pulls at the heart” by The Scotsman.The band certainly have cemented their place as one of the most exciting indie bands in Scotland evidenced perfectly by the success of studio album ‘Pedestrian Verse’ which peaked at number nine in the UK charts.

Older tracks such as ‘Old Old Fashioned’and ‘Swim Until You Can’t See Land” help provide the sing-along fodder which will no doubt get the audience dancing along.

Billy Bragg whose folk/punk styling is blended into protest songs and romantic ballads makes his Belladrum festival debut. Hopefully classics such as ‘Between The Wars’ and ‘Milkman of Human Kindness’ will get an airing. He will be joined by London-based rock ‘n’ roll band The Temperance Movement who played to a capacity crowd at Hootananny last year to rave reviews.

Also on the bill are The Bad Shepherds, Adrian Edmonson and Co. bringing a unique fashioning of punk classics played with traditional folk instruments. Further quirkiness is added with The Mekons described as “cow punk, alt country”.

Full weekend, Saturday, child (12 & under), and electrical hook-up campervan and caravan e-tickets can be purchased by going to the ticket link on the festival’s web site.