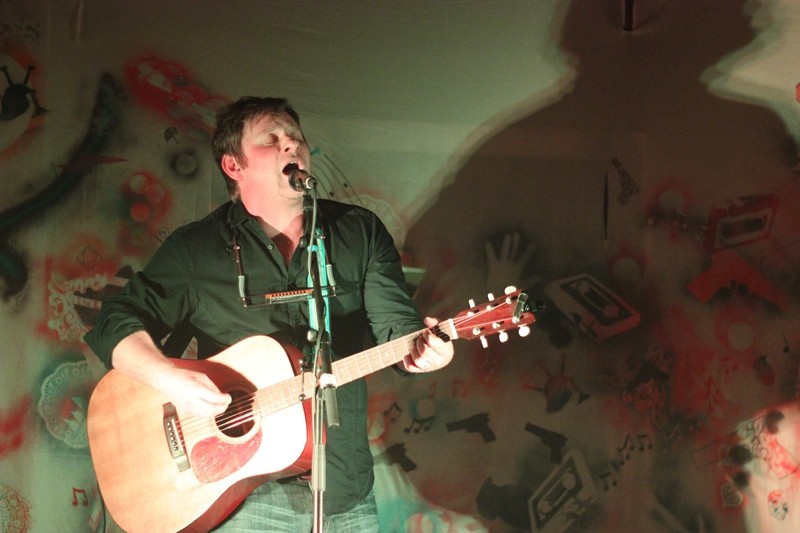 Far from the madding crowd on a Friday night sits within Hootananny, the Bothy. It’s an intimate little room that you can escape the world below and sit down, amongst the collection of sofas and candles, and appreciate some acoustic sets. 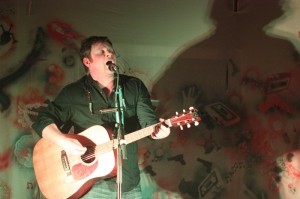 It’s a bit of a hidden gem which brings together a mix of acts from far and wide. Compered by Conor O’Hara, tonight was the turn of Stonehaven’s Colin Clyne, Aberdeen’s Cara Mitchell, and flying the flag for Inverness, Hannah Finlayson.

Colin kicked the night off with his folk infused pop/rock; a set of songs with character and storytelling. Colin came with a pedigree; you aren’t San Diego acoustic act of the year two years running without some ability to back you up. Colin is re-establishing himself in Scotland from his time away and brings the audience in with his heartfelt songs that touch a chord with those present.

He has a wry observation on modern life that doesn’t go amiss on his audience. He has a confident delivery, and a knack of bringing an audience along with him, a skill no doubt honed on bigger stages. Colin is a guy to watch out for, especially with the release of his new album, ‘The Never Ending Pageant’ later this summer. Catch him when you can.

Following on was Hannah Finlayson, and yes, she is my daughter. Hannah is on a learning curve; she lacks the experience of the other acts but is keen to get out and play to new audiences, although tonight she did bring along a small fan club, which compere Conor was happy to play along with!

Hannah’s little collection of songs reflect her take on life as a teenager, and she is more than happy to belt them out. Tonight she enjoyed the opportunity afforded to her to play at Carnivale, and hopes that after a short break with her Highers to play further afield.

Cara Mitchell comes with a burgeoning reputation. She’s had a couple of SAMA nominations behind her so she must be doing something right. She, along with Colin, was quick to point out that Aberdeen had won the League Cup Final recently, and must have hoped that she didn’t alienate the audience.

They were certainly onside as she opened her set. Cara has a voice that in many respects is quite fragile but, strangely, that is the strength from which she plays. One audience member drew comparison with Diana Vickers, but Cara is more than just a voice, and intricately weaves her way through a mesmerising set. Cara has played a number of high profile support slots and it is understandable why.

So those that attended tonight were the winners. The Bothy provides an intimate stage where artists can connect with their audiences and that is something that should be applauded. It may be a hidden gem, but for those that find it I’m sure that they will return.