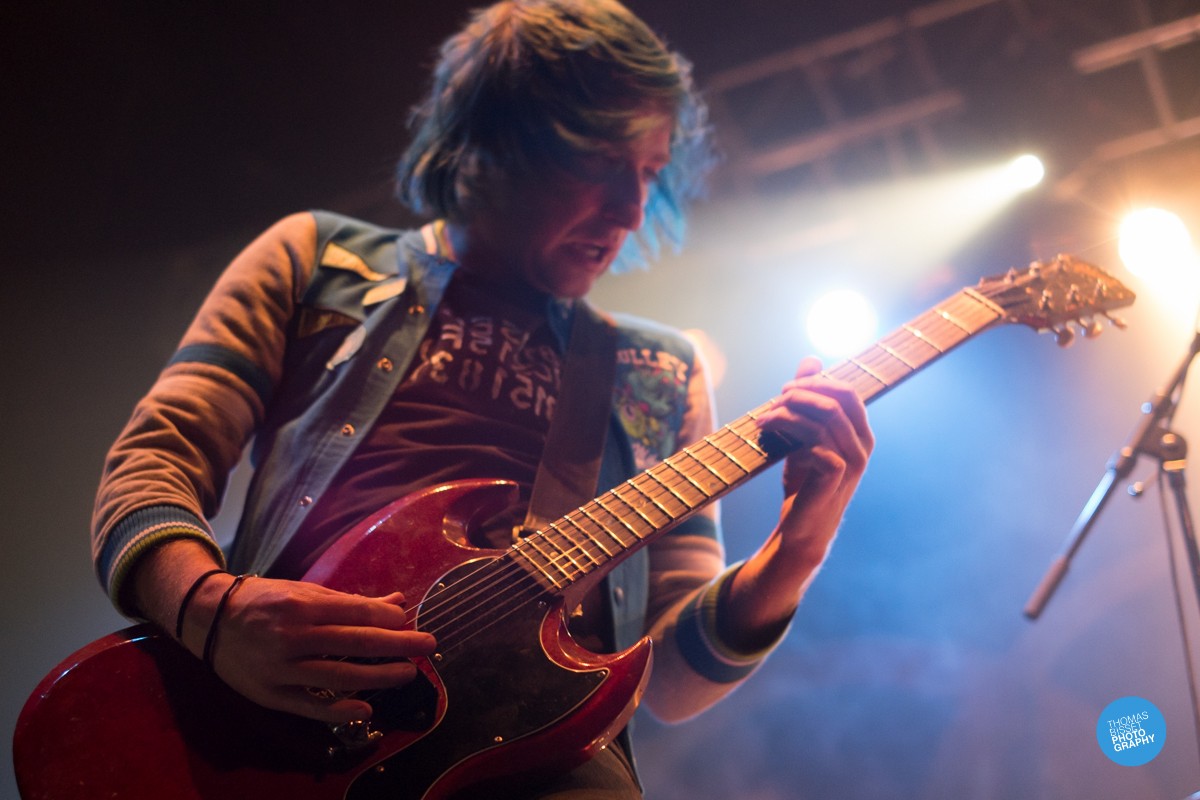 LostAlone returned to play their headline show at the Ironworks, following their support slot for the Darkness last November, and the release of their album Shapes of Screams last week. Support came from Verses, The First and Silver Coast.

Silver Coast have just returned from a string of dates throughout Scotland, ending the tour in their hometown.

It has only been a couple of months since I last saw them, however even in that time their sound has matured and they sounded a lot tighter.

New single Believe proved to be a crowd favourite, with the Silver Coast boys showing they’re more than capable of composing a song that will refuse to leave your head, for all the right reasons.

The remainder of the set included new and old songs, and a continual flaunting of their impressive talent.

Cambridgeshire band, The First, introduced a heavier sound to the evening. With this being my introduction to the band I wasn’t sure what to expect, however they won me over almost immediately.

Their blend of melodic rock and a touch of screaming, got everyone in the room involved and invested in their set. Frontman, Benny Salter, did everything in his power to ensure the crowd were warmed up and joining in, winning everyone over with his warm personality. Overall, The First smashed their first ever set in Inverness. 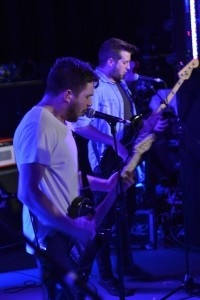 The crowd immediately warmed to them and hung on every word. Playing through a selection of some of their older songs and new material from their debut album Feel It Faster, which is due out on May 26th.

They also took every opportunity to ensure everyone was involved in their set and ready for the main event of the evening.

Finally it was time for LostAlone’s set, by this point the crowd numbers had depleted slightly – however, those remaining thoroughly let their hair down and witnessed an incredibly enjoyable set. Despite the size of the room, LostAlone managed to make the evening a very intimate affair.

Frontman, Steven Battell held full on conversations with the crowd, provided some light education about the song Smoke On The Water, played guitar on the main floor in the middle of everyone and at one point was standing on a fan’s back whilst he was all fours… maybe you had to be there to understand that last one.

From one moment to the next they were dishing out incredibly well executed songs, including their previous work and songs from their new album Shapes of Screams which was only released a week ago, however most people in the room were singing along confidently. Next single G.U.I.L.T.Y, went down a storm and will surely prove to be hugely popular upon release.

Other highlights from the set included Hostages, Crusaders and the ever catchy, Love Will Eat You Alive – during this Battelle invited members of the crowd to join him on the stage to ‘play’ guitar and help him with the vocals. A few people on that stage appeared to not be able to believe their luck and relished the moment.