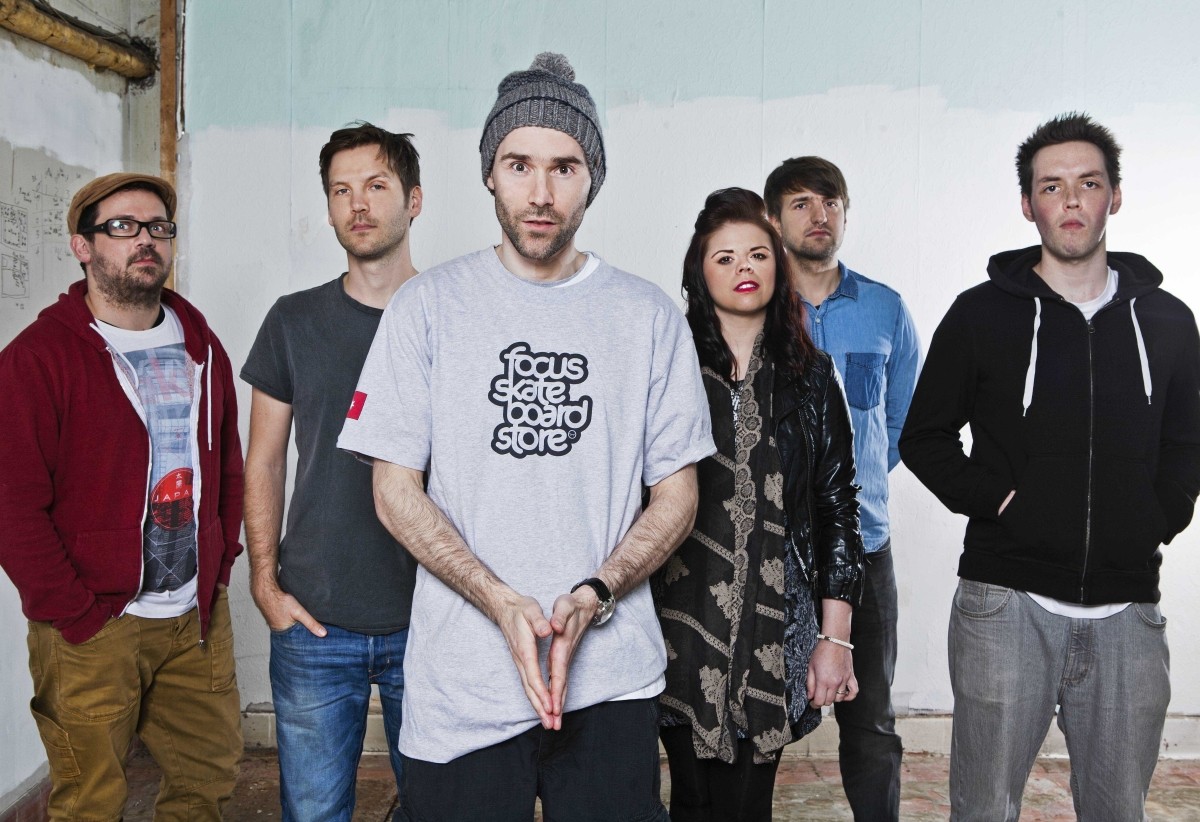 Stanley Odd’s performances in the area have always been treated with a high level of anticipation, and with the band riding high from the success of second album ,’Reject’, and a third planned for the end of this year, the forthcoming stage closing slot at Brew at the Bog is no different.

We caught up with Solareye to talk about last year’s success and tours, the value of physical releasing music, keeping busy and the forthcoming gig at Brew at the Bog 2014.

What did you learn from your foray into America with The View last year?

Well, we learned that we had fans in America that we didn’t know about! Folks drove from Pennsylvania to our Brooklyn gig ‘cause that was the closest we were playing to where they lived. That was pretty fucking cool.

We played six gigs in five days including Central Park, the Webster Hall and the Bowery Ball Room, taking in some of the most iconic music venues in New York. On top of that, NYC is the home of hip-hop. It was an amazing experience and I would hope that we’ll get the opportunity to go back and play more shows in the US in future.

Three acoustic sets celebrating Record Store Day, three dates in four days covering over four hundred miles in May, is it a case of taking all opportunities as they arise or is it your preference to gig at such a significant frequency?

The truth is that we’ve just been offered so many good gigs recently that it’s kind of hard to turn them down. With the RSD gigs we were really excited to be putting out a 12” single, and playing four times in the course of the day felt like a great way to celebrate both the importance of supporting independent music shops and the fact that we had a vinyl coming out.

At the same time, for us, we’ve been a little quiet on the live front of late so right now we’re hungry for gigs and mad keen to get out playing our new material. The combination of this results in quite a busy schedule at points in the near future.

You released a 12’ Limited Edition of ‘Chase Yirsel’ for Record Store Day, how important are CDs and Vinyl to you guys, and how do you think they fit in to the current digital culture of music?

I think that physical product still holds an important place in the world. Yes, virtually all releases are available through the digital channels and these formats (from Spotify, to iTunes, to SoundCloud, to YouTube) are extremely important in terms of reaching and widening your fan-base but folks still love to have something tangible that they can actually hold; pour over the sleeve notes; read about who produced what, played what; look at the artwork. I hope this never goes away as there are some many ways to experience an album or EP as well as the current means of on-the-move listening that we all favour.

’, how do you cope with that kind of pressure and how do you feel ‘Chase Yirsel

’ sits with your other recordings now?

It’s weird, it’s great to have had reviewers say that you’ve released something that they liked and to have people appreciate the music but at the same time this validation also adds a bit of pressure for the next songs, like ‘what if no-one likes us anymore’ haha.

I try to write about honest stuff I’ve been thinking about so this fear pops up on occasion in terms of a topic. The purpose of the Chase Yirsel EP is really as a wee outlet for us while working on the album, which will be out in November. So, it’s a kind of snapshot of some of the stuff that won’t be on the album and maybe an indication of where we might be going with the next release.

As a band you have never shied away from expressing your political perspectives, do you think that this will impact on how you proceed and possibly how you are received this year?

There is certainly no shortage of matters on which to comment this year! The independence debate is an extremely important subject and I, personally, have spent many years considering my take on it, to find myself now five months prior to the referendum, having decided that I will be voting YES on 18th September.

Should this be something that artists are writing about this year? Absolutely. It’s too major to ignore. Having said that, our album in November is hopefully shaping up to be diverse in its content, focused on a wide range of inspirations and topics.

How are you feeling about returning to Brew at The Bog?

We are ridiculously excited to be back at Brew at The Bog. See that thing you were saying about feeling the pressure? Well, being invited back to headline the main stage of Brew at The Bog – that’s a wee bit of pressure there eh? Cannot wait. We were there two years ago and the festival atmosphere, audience, and quality of music was outstanding.

Since then it’s just gone from strength to strength: An amazing festival and we are mad excited to be a part of it. YELT.

Brew at the Bog 2014 is sold out, but you can keep up to date with all the news from the festival via our mini-site, and of course keep track of Stanley Odd via their website.