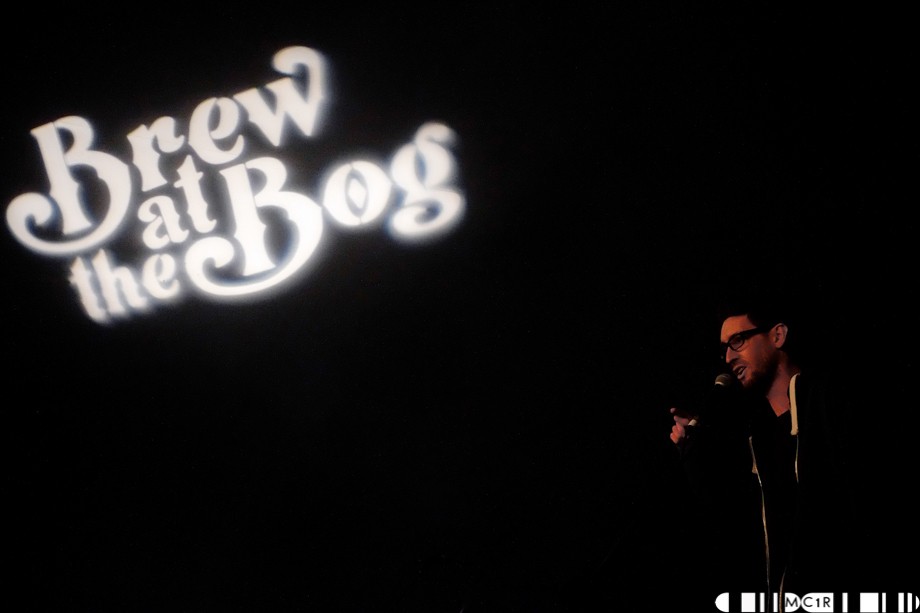 In three short years Brew at the Bog has started from modest beginnings to becoming one of the highlights of the festival season. Yes the numbers are capped at 1500, but this shouldn’t detract from the fact they’re pulling very credible acts to Bogbain farm and better still managing to completely sell out of tickets.

The layout this year has changed around and more space was made available for the increased numbers of ticket holders.

The Barn stage and Main stage have stayed much as they are but the bothy was now the location for a pop up Mexican restaurant, a Gin bar with acoustic stage was at the other side of the barn and Highland Bottle Shop had their own temporary shop next to the restaurant.

A new addition was the Pond Stage, which could be found round the back of the barn. And it’s not just the stages and catering that had diversified. In addition to the usual fine selection of Brewdog beers we had the choice of Thistly Cross Ciders and Cromarty Brewery’s Happy Chappy.

Festival goers at Brew at the Bog 2014 are a civilised bunch and much to my own consternation and that of the bar staff, people insisted on forming long queues for the bars rather than crowding round them like you would do at every other festival and bar in the world!

Likewise when one of the fences were knocked over by some of the more enthusiastic dancers; rather than take the opportunity to wander off backstage they stopped what they were doing and helped to put the fence back up again! I’m not sure that you’d see that anywhere else. Proof if it were ever needed that Brew at the Bog’s clientele are a refined bunch.

So to the music…

It has to be said that there was only so much I could cover and to the bands that I missed, I can only apologise. There are only so many places I can be at once!

“A tight set of jagged indie riffs woke Brew Bog up and the Barn quickly filled up.”

In the barn Lionel yet again proved their credentials as being one of Inverness’ most exciting live acts. A tight set of jagged indie riffs woke Brew Bog up and the Barn quickly filled up.

Highlight track for me was ‘This Isn’t’. Franz Ferdinand comparisons were thrown around but I heard hints of Muse and the Smiths in there too. Not a band that would sit easily in any particular genre which I think shows the strength and depth of material they have. Not bad for a band who are still recently fresh to the scene.

Campfires in Winter had a few technical teething troubles but this was met with good humour and they supplied a solid set of introspective indie tunes. New single ‘We’ll Exist’ is out this month and the video for this is available now on Youtube featuring Bafta award winning actress Daniella Nardini.

Siobhan Wilson was awarded with a near reverential hush as she plied her trade of soulful acoustic folk. Ally McCrae warned us that she might make us cry and she very nearly did! Her crystal clear singing rang out as we were awarded with one of the performances of the weekend.

“Ally McCrae introducing them as One Direction”

The much-hyped secret act was announced and it was to be headliners Fatherson who took to the stage. I’d already figured that out as lead singer beardy bloke Ross appears to be stalking me. Every Scottish festival that I’ve been to recently seems to feature him lingering close by my shoulder.

Brew at the Bog was just the same. Nice bloke though and I’m sure there are worse people to be stalked by. (Disclaimer: he’s not actually stalking me, I’m sure he has better things to do. I just keep seeing him close by.It could be that I’m the one that’s obsessed….)

Unsurprisingly the barn was rammed and any latecomers didn’t stand a chance of getting to see them. Our own Danielle Wilson managed to squeeze in and when I bumped into her she seemed to have been suitably impressed. Here are Danielle’s thoughts on their set:

After having released their debut album ‘I Am An Island’ a few short weeks ago, Fatherson’s popularity has only increased. By the time they were finally introduced on to the stage (with Ally McCrae introducing them as One Direction) the Barn was packed with little room to move. They played through a set of highlights from the album, including the lead singles ‘Mine For Me’ and ‘I Like Not Knowing’.

The addition of ‘First Born’ brought back memories of their headline slot at this very festival last year, which saw the crowd breaking the barrier down to party a little closer to the band.

Perhaps the highlight for me was ‘James’, this includes a spectacular sing-along at the end which the crowd continued to sing back at the band even as they were leaving the stage. Fatherson keep going from strength to strength, it surely won’t be long until these intimate shows are a thing of the past.

Roman Nose packed the barn out again and were a band I wanted to catch after their impressive performance at Belladrum. Tonight’s venue was a far better fit for them, a dark barn (as opposed to the bright tent early in the day at Bella) was the perfect environment for their dark, evil techno beats.

I’m not a massive dance fan but I bloody love their work. They’ll be playing during goNorth in June. Go and see them, they’ll blow your fricking mind!

James Mackenzie’s new project Verona were unfortunately rather pedestrian, sound issues did seem to dog the set and this didn’t seem to help matters at all!

There are good tunes in there but I feel that today just wasn’t their day.

I’ve seen James perform on a number of occasions before and he’s always impressed so I’m happy to put this one down to being one of those days where things didn’t gel.

Roddy Woomble was moved from the main stage over to the Pond stage. Unfortunately the setup on that stage made it difficult to hear him and at times his quiet set was in danger of being drowned out by the bands over on the main stage.

Also on the Pond stage Broken Ravens started as they have gone on… “Enough pish, lets play some music”. And they did.

Easily one of the more raucous acts of the day, they pulled in an enthusiastic crowd who hung on their every note and solo.

Bugsy’s guitar playing and singing was even loud enough to break one of the monitors!

Following Broken Ravens, Have Mercy Las Vegas might have been a different prospect but their bonkers bluegrass was huge fun. I caught the last half of their set and was immensely impressed by their energy and musicianship.

The West Dunbartonshire band sound like they’ve been spawned in New Orleans and had a sizeable crowd dancing in the rain. ‘Barn Stomp’ led to a rowdy barn dance that was more akin to a barn mosh. Great stuff!

Over on the main stage the Little Kicks have featured in all three Brews and whilst their pop sensibilities are endearing enough there’s not enough substance there to keep my attention for terribly long.

Casual Sex should be well known in Inverness by now and have a fervent following. Dirty, sleazy, low, low, low down rock ‘n’ roll that couldn’t be any more fitting than their name would suggest. You wouldn’t trust them with your daughter and song ‘What is your daughter for?’ would certainly subscribe to that.

Your mother wouldn’t like them very much either. Although they’d probably win her round, then ravish her leaving her breathless for more.

‘The Bastard Dead’ was dedicated to George Osbourne, “Imagine when you’re in the urinal that he’s lying there… grinning.”

Prides played their first live gig this time last year at Brew at the Bog and their return was very welcome indeed. Only a year in, a couple of EPs to their name and they already sound and look like a class act. I don’t know about anyone else, but their debut album can’t come round soon enough.

The rain was starting to fall by the time they arrived but this didn’t dampen the enthusiasm of a lively festival crowd. Tracks like ‘Seeds you Sow’ are now becoming familiar with audiences and new track ‘Messiah’ was equally well received.

“The perfect excuse then to kick back and enjoy the music!”

It doesn’t matter how many times I’ve seen them but Admiral Fallow always manage to pull off a faultless show. With two great albums under their belt they’ve got plenty material to choose from. I’d given up taking any notes by this point as the rain was teeming down and anything I wrote was turning into an inky mess. The perfect excuse then to kick back and enjoy the music! (Photos of Admiral Fallow)

Hip-hop act Stanley Odd brought the main stage to a close in typically rowdy fashion. Politically they wear their hearts on their sleeves and while I’m not overly fond of bands who peddle a political message, it is very much their raison d’etre and it’s done very well. Just don’t ask him if he’s now part of the establishment, you’ll get a song written about you. As Radio DJ Jim Gellatly found out to his cost.

The very vocally support Scottish Independence and any Unionists in the audience may have struggled to listen for too long. But it’s done with enough humour that no one could really take offence… unless you’re a Tory, in which case prepare to be offended! Singer Rebecca Shearer accompanied rapper Solareye on vocals and her singing was astoundingly good. (Photos of Stanley Odd)

Yvonne and Bruce have done it again. Great atmosphere, no trouble to speak of, a diverse and eclectic mix of bands and the sun even shone for a good part of the day.

Yes there were a few niggles with getting people moving between some areas of the venue but that really didn’t detract from the overall feel and atmosphere of what was a very successful wee festival in the Highlands.