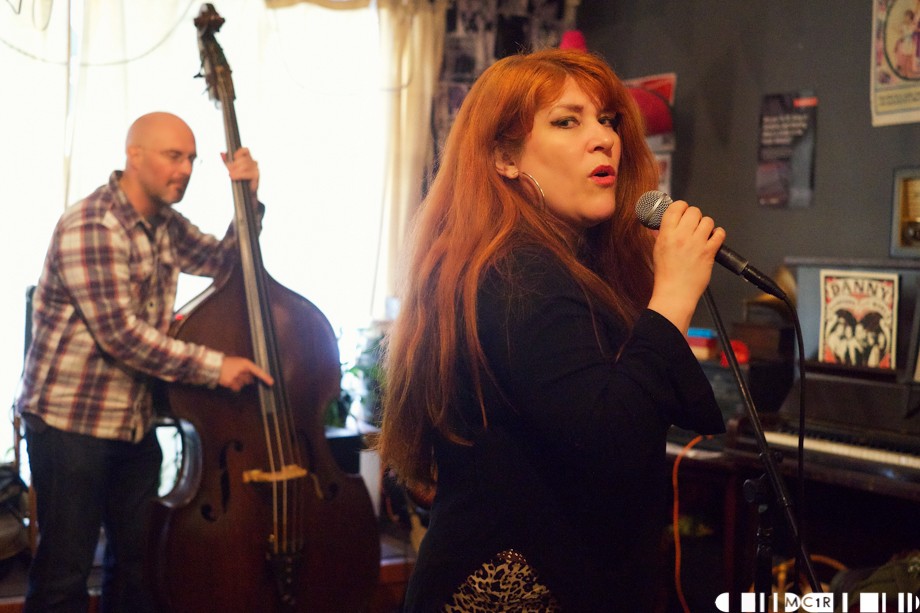 It seems that Christine Tobin likes to join dots, make new pictures . . . This Dubliner, won the 2012 British Composer of the Year Award with Sailing to Byzantium in which she has Gabriel Byrne recite the poetry of fellow Irishman WB Yeats accompanied by her own stunning compositions. It also won the CD of the Year Award and found her shortlisted in two categories of the Parliamentary Jazz Awards 2013.

Of course, the next logical dot was to Leonard Cohen, an admirer of Yeats whose own lyrical compositions have often been considered poetry – certainly poetic. This time round, the result is an exceptional and creative interpretation of Cohen that finds Tobin preparing a thank-you speech as she receives The Parliamentary Jazz Award 2014 – Jazz Vocalist of the Year. As a consequence it is inevitable that the world class trio of Tobin, Robson and Whitford are going to set of on an almighty road trip and punch Dingwall into the sat-nav and today the Greenhouse audience listens appreciatively as another dot is joined: the set opens with Cohen’s one time romantic partner Joni Mitchell’s The Priest, and we are hooked.

The core audience at The Greenhouse are a literate music loving posse – and there were times today when it was so still it felt like I was listening with headphones. Much of that is due to Christine Tobins’ craft and the warmth of her personality, but her bluesy soulful jazz voice creates an intimacy that at times makes it seem that she is singing directly to you and only you. ‘1000 Kisses Deep’ is the name given to the repertoire of songs on the new album and most of those make it into todays set, but it is not exclusively Cohen. Joni Mitchell aside the set includes a jazz standard alongside Billie Holiday’s ‘God Bless the Child’ and a quite brilliant rendition of Bobby Gentry’s classic ‘Ode to Billy Joe’.

Now Christine Tobin does not stray too far if at all from most of the original melodies. And yet, in her phrasing and tone she takes the words and the melody and paints quite a different picture from the original. Of course, this is a trio and throughout there were regular well-received breaks and some inspired solos. Dave Whitford provided one such solo, his improvised double bass opening to ‘Tower of Song’ was achingly good.

The sound palette was completed by Phil Robson on guitar with a sublime repertoire of single note runs and chord sequences to die for. And then of course you don’t get a reputation for having one of the finest jazz voices in the country for no good reason. Christine Tobins vocal duet with Robson on ‘Everybody Knows’ was almost too good for words and her consistently fabulous scat breaks demonstrated to the full her remarkable vocal talent.

I’m not a big Cohen fan, but today I came to appreciate that I know more of his oeuvre than I thought I did. I’m particularly fond of ‘Dance Me To The End Of Love’ and that alone was worth coming out for this afternoon. Most folk will have heard ‘Suzanne’, although perhaps not with a Latin twist, while ‘Hey That’s No Way To Say Goodbye’ is quite simply a classic. Neither am I a particularly big jazz fan, but I will be listening to Christine Tobins ‘1000 Kisses Deep’ album on a very regular basis. 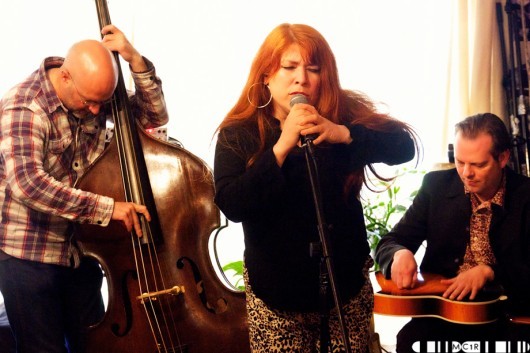 Make no mistake, this was a rare treat at The Greenhouse today and an afternoon that will live long with most of the folk who were there. In fact it just might be one of those gigs that, in the future, there were apparently a few hundred at . . .