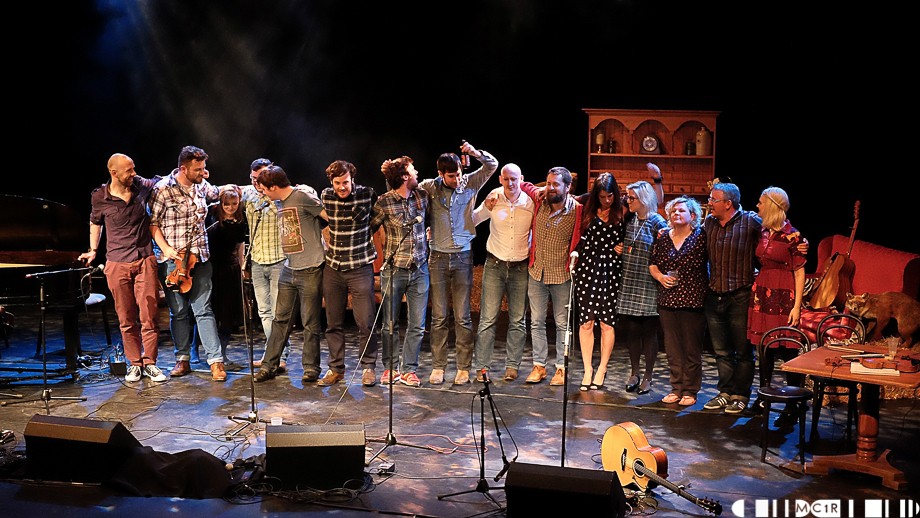 Photos from the opening night of the Northern Roots Festival 2014 at The One Touch Theatre – Eden Court. 30.5.14.

Enormous credit has to go to Bruce MacGregor in taking the decision to move this festival from Bogbain Farm (a very fine venue) to the One Touch Theatre at Eden Court (another very fine venue). Those acquainted with the farm were made to feel right at home with some very familiar faces on what was a seriously good set.

All of the artists were seated on stage throughout (comfy chairs and sofas!) and while the photos here feature The Dirty Beggars, Blue Rose Code, Will Pound and Bella Hardy, there were regular collaborations and improvisations with almost everyone on stage at the end for an impromptu performance of John Martyn’s classic Don’t Want to Know led by Ross Wilson.

In between times there was a well conceived series of interviews between the host Bruce and some of the artists. In all, it was a very clever arrangement that ensured continuity with previous Northern Roots festivals and, crucially, the intimacy and connection between performers and audience. Round of applause please! 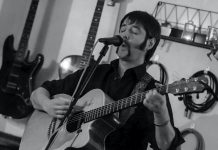