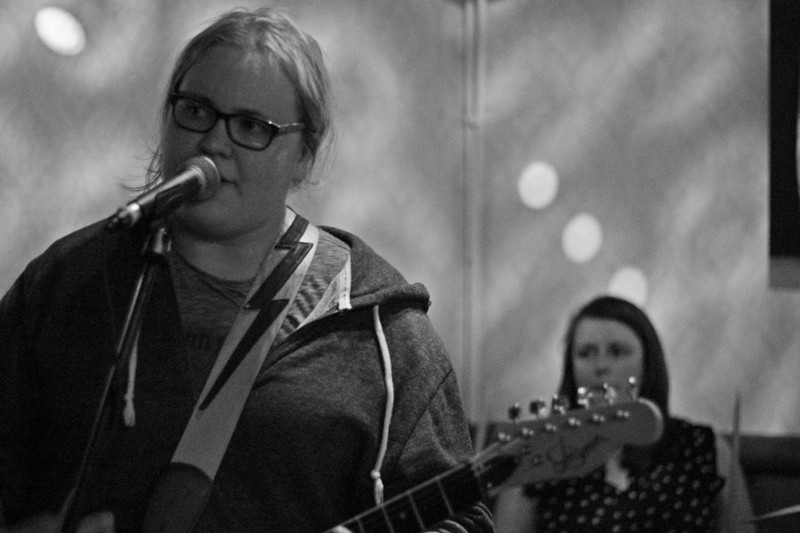 We asked a few of the acts that are playing the goNORTH 2014 showcases who they would be looking forward to going to see this year.

What three acts are you most looking forward to seeing at goNORTH and why?

Three acts we are looking forward to seeing are firstly The Youth and Young, for their beautiful melodies, harmonies, arrangements and vibrant live shows. Their front man really knows how to work an audience and the instrumentation blends together very well, we’ve been fortunate enough to play with them a couple of times.

We are also big fans of Poor Things, they kind of remind me of 90’s indie in a really good way. They also have a cool quirk of referencing Scottish authors Alastair Gray and Eddie Morgan in their lyrics. Broken Records are brilliant live and their new record is stunning. Three top acts well worth keeping an eye out for.

You should come and see us on Thurs 5th at The Room because, despite the many musical options available during the evening, the cold, harsh, brutal reality is your lives will ultimately be that much poorer for having gone without a dose of stomping folk rock laced with celtic riffs, mandolin and fiddle at that exact time and place. Also, we’ll be trying out tracks from the new album we’re working on.

We would love to see most of the bands playing but if someone put a gun to our heads we’d have to say Felix Champion, Vasa and Algernon Doll.

Because we work hard at what we do and we feel our live show is something to experience. Apart from the fact that we have a new album coming out and loads of new material for people to hear.

3 acts we’re looking forward to Schnarff Schnarff in the Ironworks. Only heard of them recently through friends and really enjoyed their new song/vid Fear. Wont be at Belladrum this year so will be good to catch them soon….and for free!

Pinact who we’ll be playing with on the Thursday. Heard them mentioned on radio1 for BBC Introducing and really like what we’ve heard so far…..plus we wont really have to walk far for this one Pale Honey because they look great and are from Sweden. What more could you ask for?

Bands should come see SHAPED to make them feel better about their music – non band folk should see us for inspiration to make better music for the world! We’re simple, almost sexy and are generally fun. Whether laughing with us or at us there should be laughs aplenty.

Dave Barr of The Moon Kids

FOREIGNFOX are from the same town as me and they have created a real buzz locally since releasing their debut EP… It’s a crime actually that I haven’t made it along to one of their shows yet so I’m really glad that I can finally check them out. They are on the day after we play so It will be good to be able to relax and enjoy their set.

NEON WALTZ I love the sound of this band especially the track Sombre Fayre… I watched the music video for this song and just thought wow they have a really cool individual sound. I like the singers voice. He has a real angelic tone, it kind of reminds me a lot of the early 90’s shoegaze style of vocals. I don’t think this group is too concerned about fitting in with the current commercial sound. I’m always attracted to bands like that who appear to be anti mainstream. It shows a lot of guts and belief in themselves.

MODEL AEROPLANES This band are getting a massive push within the industry at the moment and deservedly so. They have the full package. They look like a gang, they are young good-looking guys that write music to dance to. It’s a winning formula. We played with Model Aeroplanes in Dundee… I remember watching their set and knew then they would go on to do great things. Playing Radio 1’s Big Weekend is huge and It’s really exciting watching a fellow Scottish band achieving so much in such a short space of time. I can’t wait to see them in action again.

We are a great band. Music is our lives and I think the quality of our songs shows that. We take great pride in writing music that is timeless. We love all sorts of genres but I think what we love the most is a perfectly crafted pop song… So if you come see our live show I have no doubt you will walk away with an abundance of uplifting hooks and melody’s ringing around your brain… The Moon Kids will set the tone for a magical couple days at goNorth.

The Moon Kids play Hootananny at 8pm Wednesday the 4th of June 2014.

Please check out our other goNORTH 2014 coverage and if your wanting to keep up to date with what’s going on please join our mailing list.