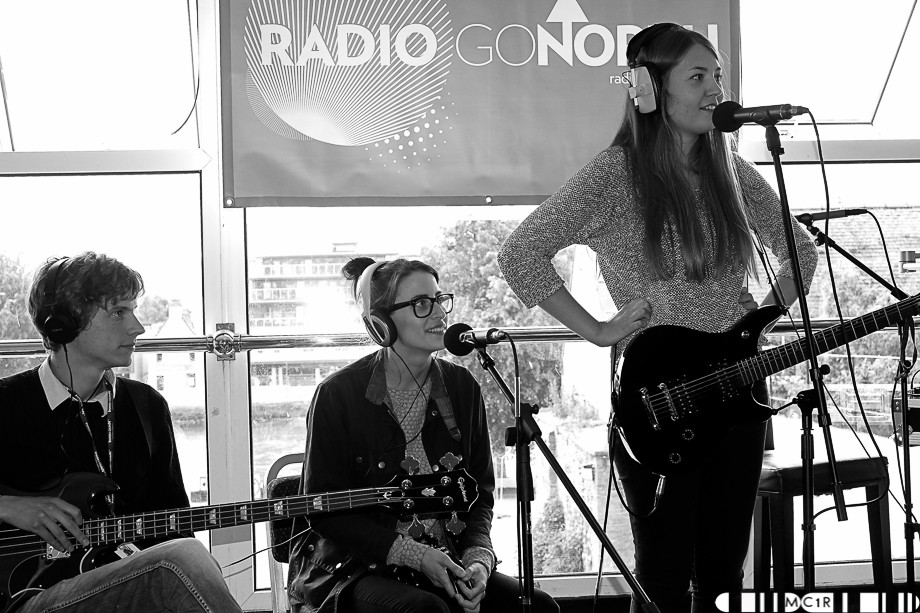 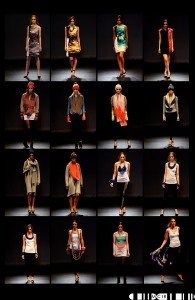 A fashion show in the Ironworks kicks off an evening of music in Inverness with the fashionably confused amongst us viewing this with a certain degree of bemusement. There’s air kissing, there’s a proliferation of luvvies vying with each other to be the most quirky and of course there’s plenty of free beer on offer.

With all that out of the way we make our way down Academy Street to be serenaded by the first of this evening’s bands. The Moon Kids at Hoots were the first call and proved to be an impressive start, fortuitously setting the tone for the rest of the evening. Great hooks, tunes and choruses got the already well lubricated Hoots crowd on their feet and dancing.

space age vibe sounding like something Dr Who would listen

A short dash upstairs and I was quickly blown away by the frankly astounding Le Prince Miiaou. The long trek from France didn’t seem to affect them in the slightest as they delivered one of the best sets by any band I’ve seen in Hoots by a considerable margin. There’s a raw unbridled energy here that seems just barely controlled.

Mixing electro sounds with spacey sounding rock they channelled more emotion in one song than many bands do in 90 minutes. At times their space age vibe sounding like something Dr Who would listen to whilst relaxing with a dram in hand. The intro to ‘Suddenly’ was met with respectful silence (unheard of in Mad Hatters) as lead singer and guitarist Maud-Elisa strummed and sang the opening bars. Chapeau!

Over to the Market Bar and as always bands that play here are up close and personal with their audience. This was more of an interactive experience rather than a performance, with punters squeezing past the band with pints in hand, band members standing on chairs and being quite literally nose to nose with the people they’re playing to. Culann play blistering straight down the middle rock music with no fucking about. Loud, brash and energetic they go down a storm in the Market.

Following on from that Pale Honey played to an even busier Market Bar, packed to the rafters with people standing on chairs to get a view, there was no gap between band and audience and any movement out or into the bar was nigh on impossible.

Scuttling back across Church Street and into a deafening wall of sound that was Hold Fast from Norway. Hoots is normally the preserve of genteel folk bands but on this occasion the windows shook as a tornado of riffs and fury ruptured eardrums and shredded nerves. Fucking loud, fucking angry, fucking brilliant!

Finally over in Deenos, United Fruit made their return to Inverness. They were on my ‘do not miss’ list after impressing at Brew at the Bog last year and they did not disappoint. The bar quickly filled up as the quartet tore through an all too brief set of punk rock. Audience energy had clearly not dissipated during the evening with a circle pit making a brief appearance as day one of goNorth drew to a close.

Life on the air

Blowing the Lid Off

Let’s Talk About The Music

Give me the Grrrrrr

No Smoke Without Fire