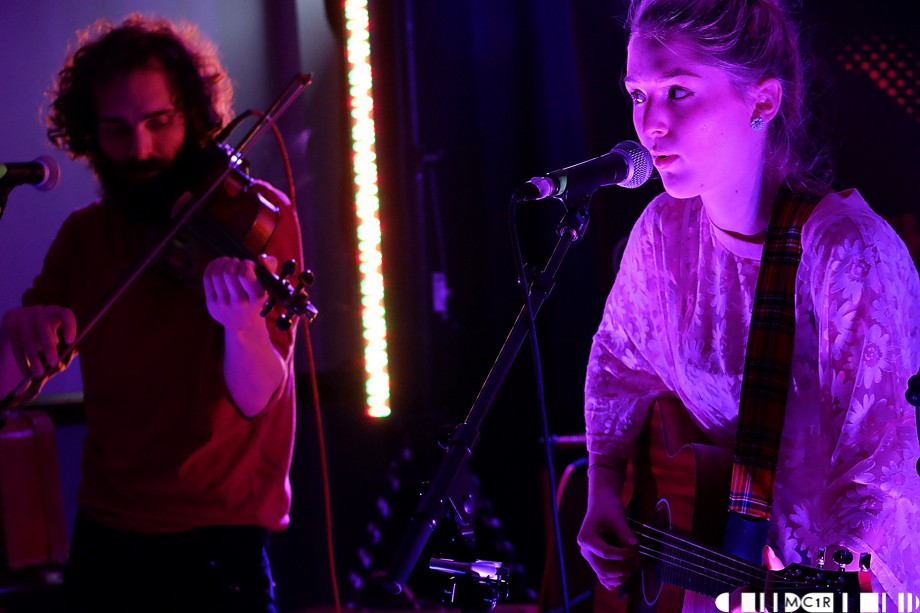 A review of three of the acts playing at the Phoenix Bar on the opening night of GoNorth: Wednesday 4th June 2014.

Heroditus, Lucan, Pliny the Elder and Pope Clement 1 are among those who have retold and reworked the story of the Phoenix: and now it’s my turn. This will not be a pun laden account, there will be no mention of ashes or acts rising from flames or burning down the house: even the word genius will not appear in case you think it is a sly reference to the Roman mentor and guiding spirit.

But it will be biased. Even before I step foot in the place I feel I have won the battle of the straws, I caught Charlotte Brimner earlier in the day at Radio GoNorth and was impressed and I have been lucky enough to have seen and heard both Eleanor Nicolson and Dr Wook in a previous life – seriously, if you don’t believe me ask Hades (damn it, wasn’t going to do that . . .).

By all accounts there is a particularly vibrant scene in Dundee and Charlotte Brimner is testament to that. It was good to see Robbie Ward riding shotgun, he is a genuinely lovely guy and an accomplished multi-instrumentalist. There is a folk-pop quality to her voice although maybe just a tad too close at times to that ‘London’ sound I associate with the likes of Eliza Doolittle. But hey – nitpicking there.

What you have is a very fine voice that delivers clever lyrics with sincerity and passion. Refined arrangements and creative use of loop with Robbie pitching in on banjo, violin and whistle all make for an intense varied sound. Add to that a happy, confident performer with real stage presence – she attacks that mic with some vigour – and you have a very happy and engaged crowd.

There is fierce competition in this particular arena and I guess to stand out you need a solid repertoire and a great voice, Charlotte has both. I enjoyed it all; stand outs for me were ‘Reclaim’, ‘Light of Love’ and the Phoenix crowds sing-a-long chorus moment, the wonderful ‘Sunshine Mornings’.

She is calm and focussed and still in a way that demands attention. I mean, at one point there was a proper photographers scrum with about a dozen lenses pointing at her. Unsettled me, but if it fazed Eleanor she certainly didn’t let it show. Turns out it was The Highland Camera Club on some kind of Concert Photography Challenge.

Now, that’s an interesting point because at the beginning not all of the photographers were music fans, but by the end of this set they were. Eleanor has a sophisticated vocal talent: breathy and delicate with a depth and power that seemingly comes from nowhere at all; it’s like a tide coming in and is just as timeless.

As with Charlotte, a really strong catalogue and a distinctive voice should see Eleanor go from strength to strength. Look out for her at the Hebfest in July where she will be performing and releasing her second EP – ‘Slow Motion’. This evenings set featured songs from the forthcoming EP including the title track ‘Slow Motion’ alongside the quirky observational ‘Out of Towners’. We were treated to ‘Stop Gravity’ from her first EP of the same name (available on iTunes) and that alongside some brand new compositions and a personal favourite, co-written with Colin Macleod, ‘Sticks and Stones’.

Before this festival goer crashed and burned (sorry), I had enough in the tank to savour the very wonderful Dr Wook. So called for his capacity to grow facial hair at an unnatural rate, I for one am delighted that what seems to have started out as a ‘bit of messing about’ has developed into a cohesive and must see set.

Coming in at a height slightly shorter than a real Wookie he makes no less of an impression on an audience that must have been thinking things couldn’t get any better. In my view the only thing that might have improved the evening would have been Princess Leia joining him on stage and maybe a pitched battle with some Storm Troopers – sorry, it’s getting carried away now I am.

A small kick drum taped to the floor, a guitar, a banjo and impeccable looping makes for a memorable set. Actually, I haven’t been able to get ‘Grace From Below’ out of my head since I last saw Dr Wook in December, so I am immensely pleased that tonight sees the launch of his first EP ‘Never Behind’.

In a typically creative gesture it features various covers all designed by local tattoo artists and all unique. Oh, and the songs are outstanding. Alongside the two tracks mentioned above we have equally strong material in ‘Down the Line’ and ‘Not for Me’. Personally I’m hoping Dr Wook keeps messing about, more tunes please. Vocally, most often compared with Eddie Vedder, I think he sounds more like Kris Douglas from The Whiskeys – and he’s great.

All of the tracks on the EP feature in the set. The EP starts with a man looking for his lost cat, rolls through love and personal epiphany and ends in an argument with the fates. It has a strong narrative content and a cinematic feel – don’t be thinking Star Wars here, more like Paris Texas or the Coen Brothers at their surreal and menacing best. More to the point, all of this is brought to bear in the live performance.