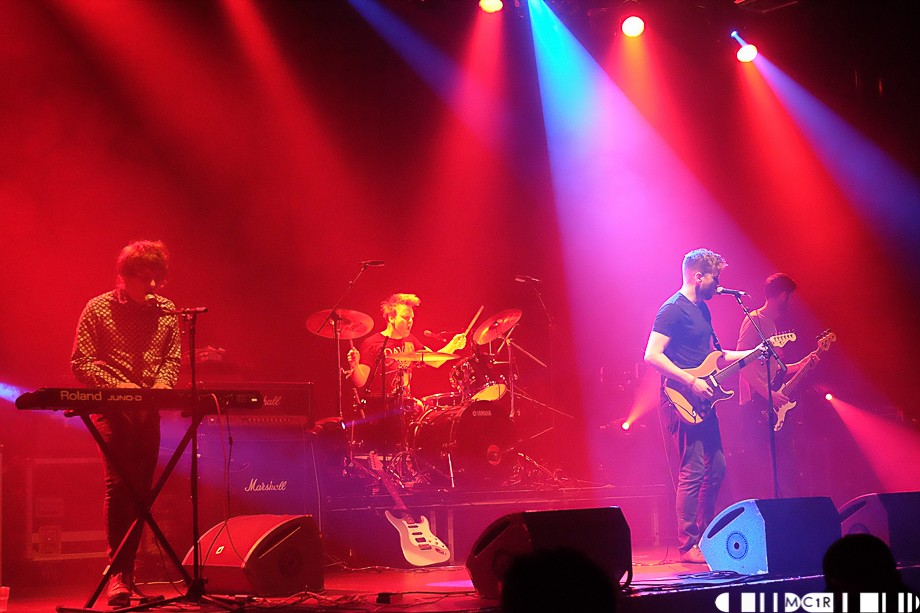 goNORTH 2014 had a sensational line up that meant there were so many bands playing across Inverness over two days, that it was impossible to catch even half of the sets I wanted to within my limited time. So here’s a look at a few that I caught;

After having being in a very busy Market Bar for Culann, I headed to The Room for Silver Coast. Within their half hour set they put their mark on the festival and proved why they’re a band to watch for the future. Despite currently being one member down, they pulled off a thoroughly enjoyable set with the help of Andrew MacGillivray of Russian Ninjas on guitar.

It has been a big year for the band, and their set was the perfect way for them to celebrate this. The venue was packed with some recognisable faces from the Inverness scene, as well as the likes of Vic Galloway and Marc Strain.

There has been a serious amount of maturity within the band’s sound and they improve every time I see them. Recent single ‘Believe’ remains to be a favourite with its catchy chorus and trademark Silver Coast sound that so many have grown to love.

I then headed to Mad Hatters briefly to catch a bit of Atom Tree as I’d heard a lot about them and was assured it was a set I wouldn’t want to miss. Their slightly psychedelic techno sound definitely provided something unique, that isn’t usually my cup of tea, but was genuinely thoroughly enjoyable.

It was then time for a quick dash back to the Market Bar for Pale Honey – however, by the time I got there the queue was out the door for people wanting to get in for a slice of the action. Once I did, eventually, manage to find a small space to stand in I was able to marvel in their sensational music that everyone had been talking about.

French band, Griefjoy, then caused a stir in Mad Hatters, I walked into the gig never having heard them before, therefore had no idea what to expect. It certainly didn’t take long for them to capture my interest.

They provided an alternative/indie/techno/upbeat set that had people showing off some of their best moves. Having not been able to catch the whole set I was left wanting more, as were several other people in the room. It would be fair to say they left an impression on Inverness and will hopefully return to play for a bit longer.

Michael Cassidy was my final stop of the night, having watched him support Twin Atlantic a couple of weeks ago his set was a must-see. He falls firmly into the acoustic/folk category, and completely smashes it.

His vocals are spot on and accompanied by his catchy riffs, his music is a little bit irresistible.

Coming all the way from Germany, Fuck Art Let’s Dance took to the stage in Hootananny. There was place was packed out and loud, indie, techno songs filled the air. Instantly capturing my attention and living up to their interesting name.

This was then followed by a quick dash to the Ironworks to catch Inverness’ own, Lionel. Watching them play to the busy room only made me wonder how long it will be before the rest of the country realise just how talented this group are.

Comparisons to Franz Ferdinand, sometimes the Arctic Monkeys and bands from the BritPop era are easy, and often made. However, Lionel add their own personal touch and completely blow the lid off it.

It is without doubt that they have a promising future ahead of them and they’re easily one of Inverness’ strongest bands out there just now. From watching them play to a small number of people throughout the year, to the buzzing crowd at the Ironworks who were lapping up every second of the set – Lionel have always impressed, this set was definitely no exception.