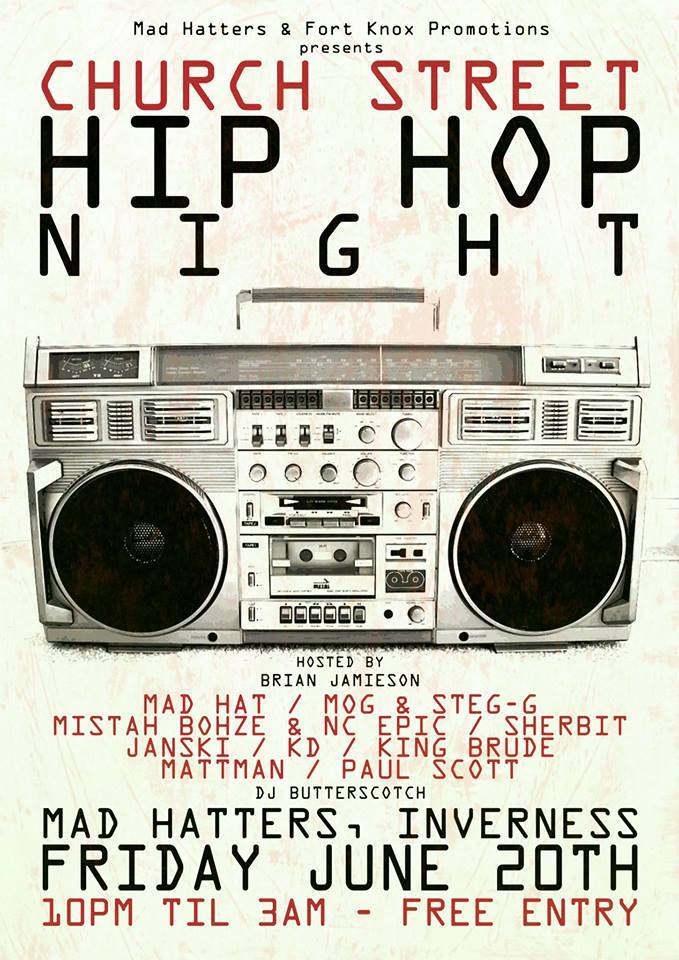 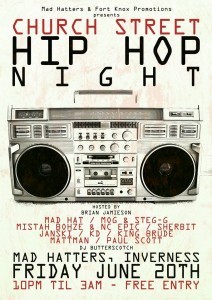 The 20th of June will see a clutch of acts perform including Madhat from Edinburgh who has been been writing and producing music for over a decade. His 2008 album ‘Unvarnished Scribbles’ was described by the Daily Record as “A massive landmark album for Scottish Rap”.

Madhat (accompanied by Jigz) hosts the weekly Hip Hop show on Radio Saltire and played T In the Park 2011 on the BBC introducing stage.

MOG is described as “a true lyricist, with his gritty autobiographical rhymes and his unmatched flows and delivery”. This style has helped him claim his position in the “upper echelons of Scottish hip-hop”.

miSTAh bOhZE was part of the hip-hop collective, Toy Control, that launched at the end of 2013, he was also the founding member of Scotland’s first hip-hop band, the II Tone Committee. Very much fitting the description of veteran of the hip-hop scene he earned a five star review for ‘bLASToid mcgONagle’

“this will be the fourth one I’ve done and without exaggeration they have all been amazing largely due to the Inverness crowd being wild,but also recognising extremely talented acts performing for them”..